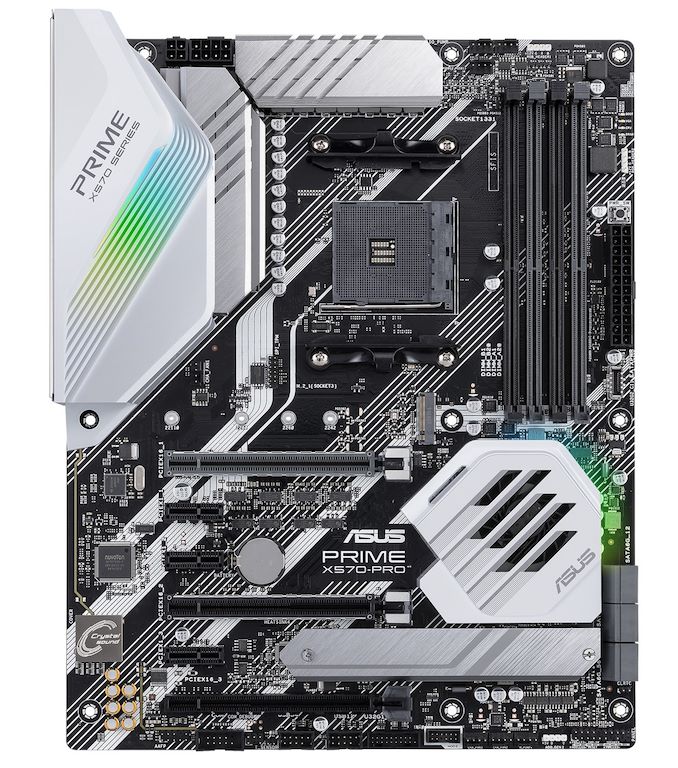 The ASUS Prime X570-Pro offers three full-length PCIe 4.0 slots which run at x16, x8/x8, and x8/x8/x4. This allows for users to use two-way NVIDIA SLI and up to three-way AMD Crossfire multi-graphics card setups. Also present is three PCIe 4.0 x1 slots, with the board's storage capabilities coming through two PCIe 4.0 x4 M.2 slots, with the bottom slot coming with a heatsink; there are also six SATA ports with support for RAID 0, 1 and 10 arrays. In the top right-hand corner is four memory slots with support for up to 128 GB which allows users to install the 32 GB UDIMMs that has started making its way onto the market.

The ASUS Prime X570-Pro has an MSRP of $250 and is more suited to users looking to avoid the swathe of gaming-themed models on the market. What the Prime series offers is elegant and neutral designs, which would actually look quite good with some RGB to make the white rear panel cover pop. There's support for two-way NVIDIA SLI and three-way AMD CrossFire too so users looking to build a more subtly styled gaming system can do so.