The ASUS TUF Gaming X570-Plus and TUF Gaming X570-Plus Wi-Fi motherboards both contain the same core componentry with a 12+2 phase power delivery, actively cooled X570 chipset heatsink, a Realtek S1200A HD audio codec, and both feature the new Realtek L8200A Gigabit LAN which is exclusive to ASUS at present. The only difference between the two models is that the TUF Gaming X570-Plus WIFI includes an Intel AC 9260 802.11ac wireless interface with BT 5.0 support included. 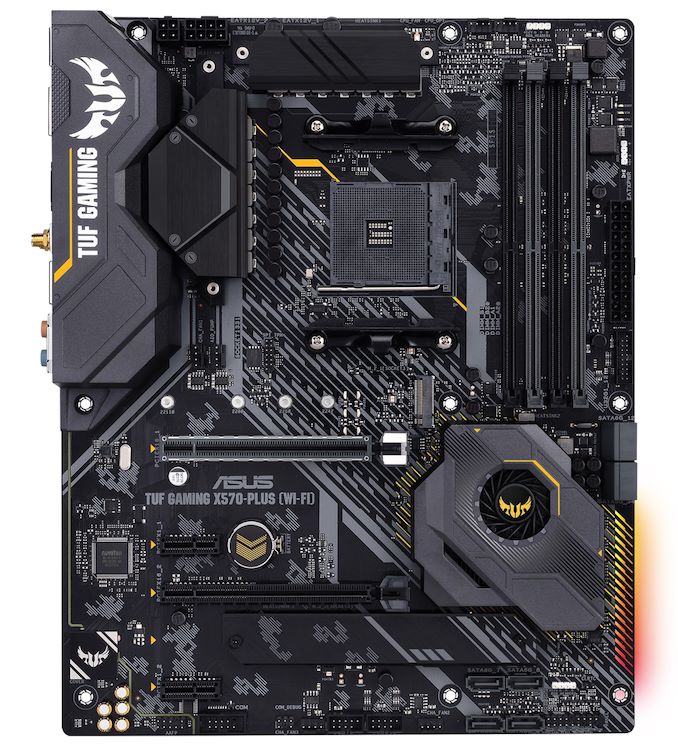 On the design, the aesthetic is reminiscent of previous TUF Gaming branded models with a grey and black patterned printing on the PCB, with grey industrial looking heatsinks. There are four memory slots with support for ECC and non-ECC DDR4 memory with a maximum capacity of up to 128 GB. The ASUS TUF Gaming X570-Plus pairing also includes two full-length PCIe 4.0 slots which run at x16 and x16/x4. 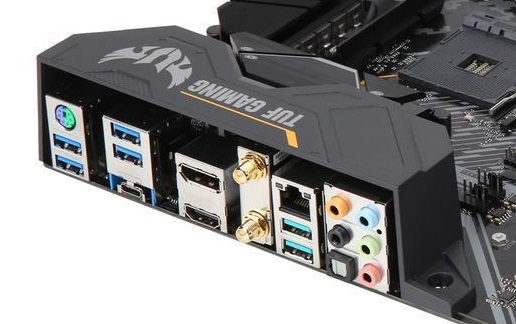 Included on the rear panel is an HDMI 1.4b, and DisplayPort video output, with two USB 3.1 G2 Type-A, and one USB 3.1 G2 Type-C port; also featured are four USB 3.1 G1 Type-A ports. A new addition to Realtek's NIC line up and exclusive to ASUS is an L8200A Gigabit NIC, with the WIFI model including an Intel AC 9260 802.11ac wireless interface. The five 3.5 mm audio jacks and S/PDIF optical output are controlled by a Realtek ALC1200A HD audio codec, and finishing off the rear panel is a PS/2 combo port for legacy keyboard and mice.