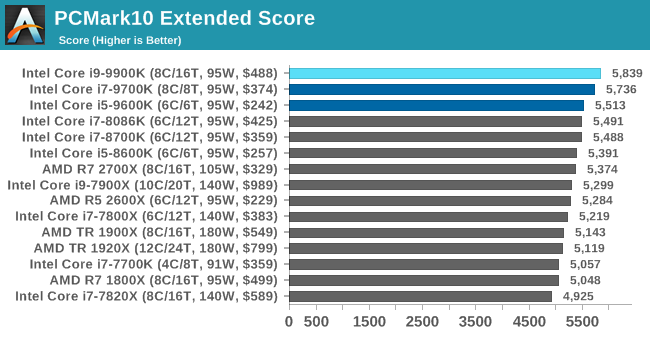 As a general mix of a lot of tests, the new processors from Intel take the top three spots, in order. Even the i5-9600K goes ahead of the i7-8086K. 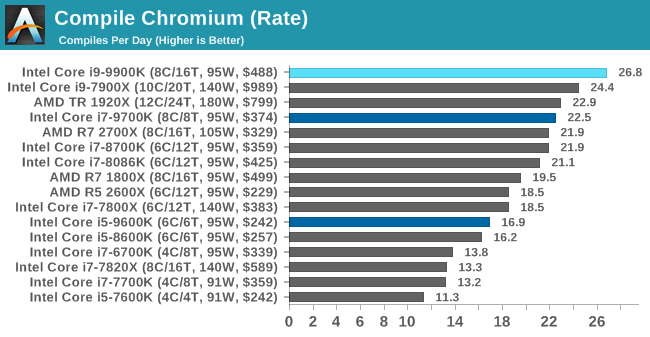 Pushing the raw frequency of the all-core turbo seems to work well in our compile test.

For our tests, we report in Bench the results from every physics test, but for the sake of the review we keep it to the most demanding of each scene: Ice Storm Unlimited, Cloud Gate, Sky Diver, Fire Strike Ultra, and Time Spy. 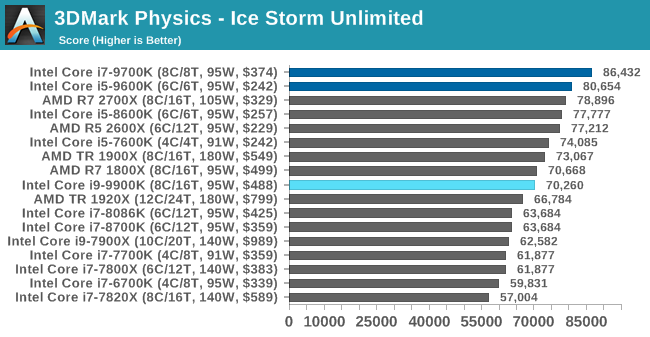 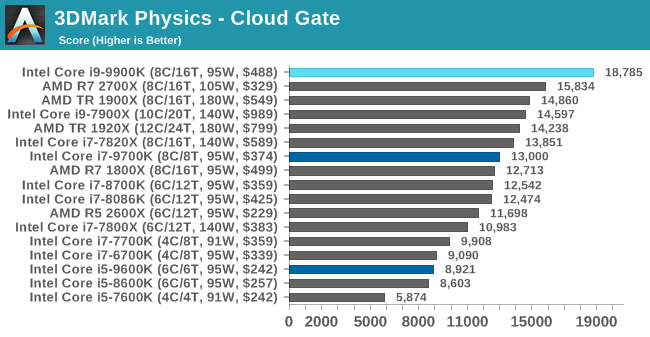 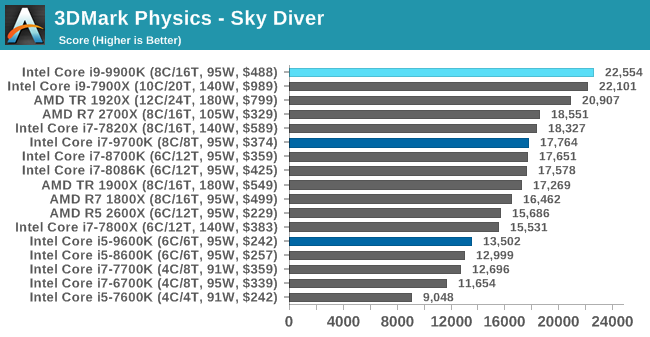 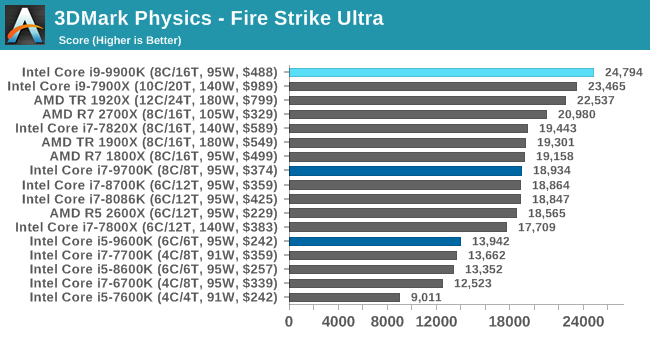 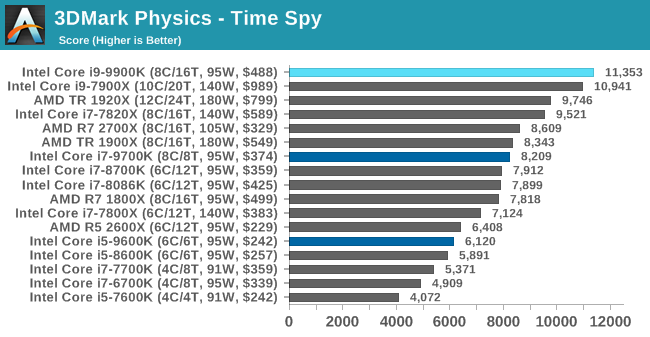 The older Ice Storm test didn't much like the Core i9-9900K, pushing it back behind the R7 1800X. For the more modern tests focused on PCs, the 9900K wins out. The lack of HT is hurting the other two parts. 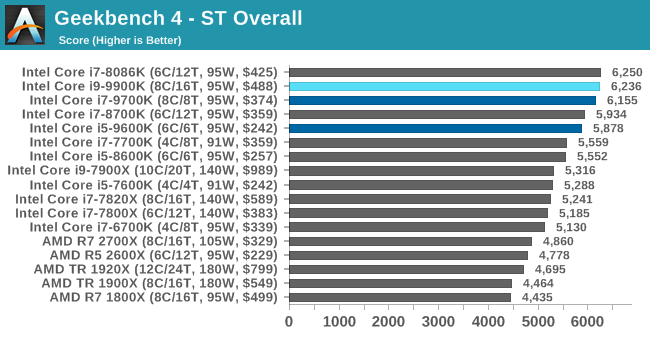 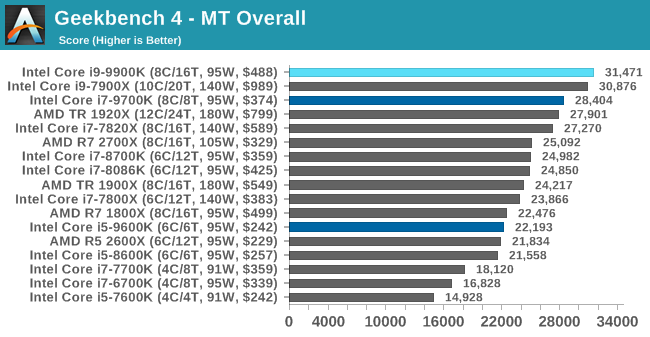