The Intel SSD 660p's power and thermal management feature set is typical for current-generation NVMe SSDs. The rated exit latency from the deepest idle power state is quite a bit faster than what we have measured in practice from this generation of Silicon Motion controllers, but otherwise the drive's claims about its idle states seem realistic. 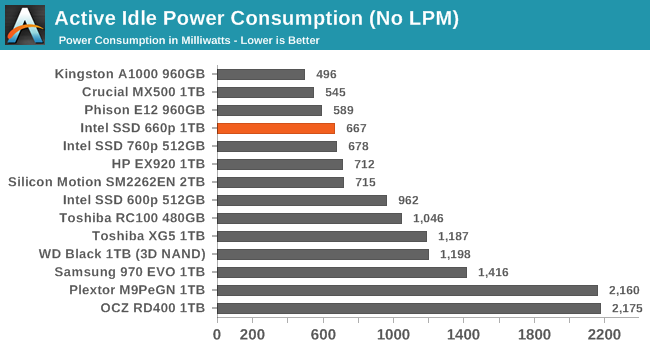 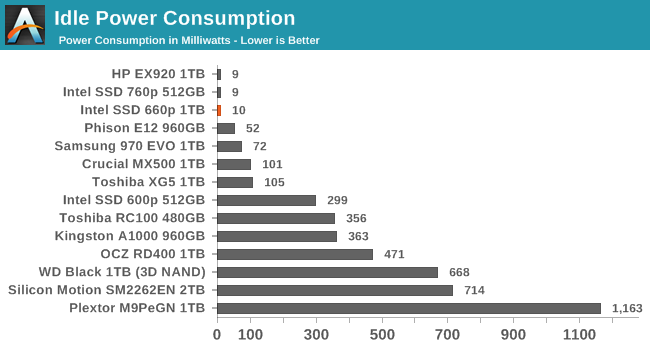 The Intel 660p has a slightly lower active idle power draw than the SM2262-based drives we've tested, thanks to the smaller controller and reduced DRAM capacity. It isn't the lowest active idle power we've measured from a NVMe SSD, but it is definitely better than most high-end NVMe drives. In the deepest idle state our desktop testbed can use, we measure an excellent 10mW draw. 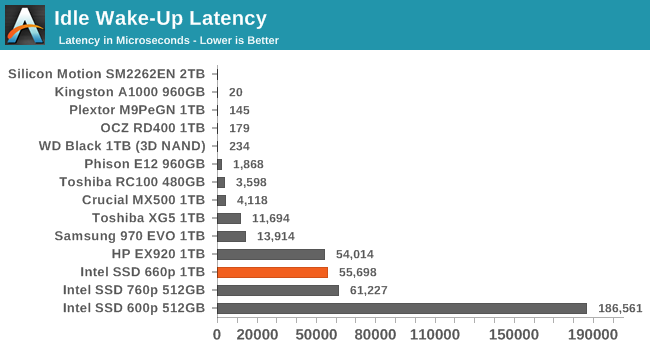 The Intel 660p's idle wake-up time of about 55ms is typical for Silicon Motion's current generation of controllers and much better than their first-generation NVMe controller as used in the Intel SSD 600p. The Phison E12 can wake up in under 2ms from a sleep state of about 52mW, but otherwise the NVMe SSDs that wake up quickly were saving far less power than the 660p's deep idle.