The Surface Book 2 is still one of the most unique device designs out there. The detachable display docks to a solid keyboard base, which offers a powerful GPU and plenty of battery. The extra capabilities add to a laptop that can be used in a lot of scenarios.

Microsoft has focused on bringing new device designs to market since they launched Surface, and it’s fair to say that the Surface Book 2 is more evolution than revolution, but it’s still a very unique design in the PC space that didn’t need a lot of tweaks. The interesting hinge allows for a more stable platform when used on a desk or in your lap, especially compared to most detachable tablets, which are far too top heavy. 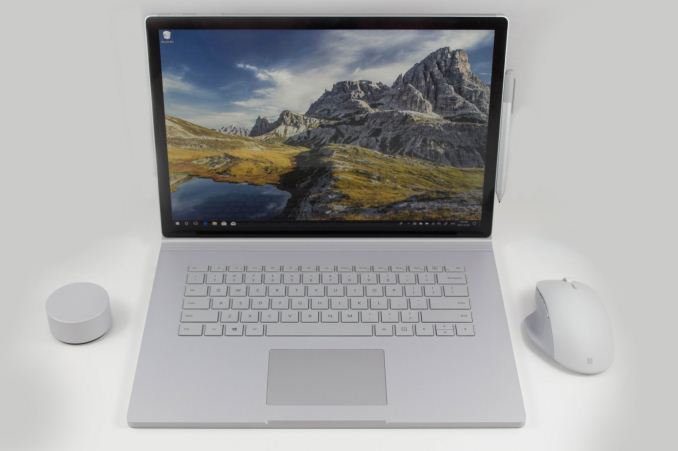 There’s no question the choice of materials, and the attention to detail, make the Surface Book 2 stand apart. The all-metal design is wonderful to hold, with a great finish that resists fingerprints, and doesn’t feel slippery in the hand. The docking mechanism sounds, and works, great, but it’s hard to judge how it will stand up over time. The original Surface Book did have some docking connector issues over its lifespan, so hopefully these are resolved.

Making the Surface Book 2 bigger with the new 15-inch model doesn’t really make it feel much bigger than the 13.5-inch version, but there is even more desktop space available on the 3:2 aspect ratio display.

Speaking of the display, it’s a stunner. The 15-inch 3240x2160 resolution panel is calibrated at the factory for accuracy, and on the review unit we received, it is the most accurate display we’ve ever tested. The lack of a wide-gamut is a small knock against the Surface Book 2. A wider gamut would be nice, but until Windows gets a proper color management system, a proper sRGB mode is likely for the best. The enhanced mode does give a bit more pop if you need that, although it can’t replace a true P3 D65 display if you have the content to use it for. But thanks to the super accurate colors, and amazing contrast ratio, it would be hard to feel disappointed with this display.

Surface Book had a great keyboard, and fantastic trackpad, and both of those carry over to the new model. The size, texture, and feel of the trackpad easily make it one of the best available on a Windows PC today. The Precision drivers offer enough customization to get the job done, without adding bulk or confusion to the experience.

Every device has faults, and this one is no exception. The lack of Thunderbolt 3 on the USB-C port is a bit of a mystery on a premium notebook like this, and despite Microsoft claiming their issue with USB-C is port capability confusion, they’ve limited the port on their own device. Most people aren’t going to need to run high-speed storage, or multiple UHD displays, but for those that do, the Surface Book 2 is simply not an option for them thanks to this decision. Two years ago, it was questionable, but practically every other notebook in this segment offers Thunderbolt 3 now. 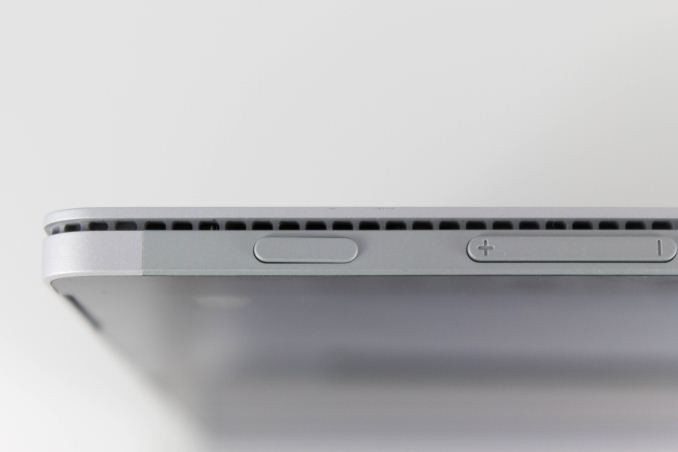 The second issue is not being able to supply enough power to cover the laptop’s demands under all situations. It’s not a huge issue, since even after 75 minutes of gaming the laptop had only dropped to 95% charge, but in order to do that, it had to drop performance a bit. Clearly the Surface Connect is at its power limit, and that’s a shame. There’s no elegant solution to this if Microsoft wants to keep their magnetic connector, which certainly has its benefits.

The final issue with the Surface Book 2 is the price. The smaller 13.5-inch model starts at $1500 with no GPU, although thankfully it does have 8 GB of memory, unlike the base model Surface Laptop and Surface Pro. But the 15-inch model being reviewed today starts at $2500 with just a 256 GB SSD. The 15-inch version does come standard with the Core i7-8650U and GTX 1060 though, as well as 16 GB of RAM, so even the base model is a stout computer. The jump to 512 GB costs an additional $400 though, and that’s just for the SSD upgrade. The 1 TB model is a staggering $3299. There’s no way to sugar coat this. The Surface Book 2 15-inch is very, very, expensive. A 14-inch Razer Blade UHD with a 1 TB SSD is a full $500 less, with the same GPU and a more powerful CPU, but still with an all-metal chassis. 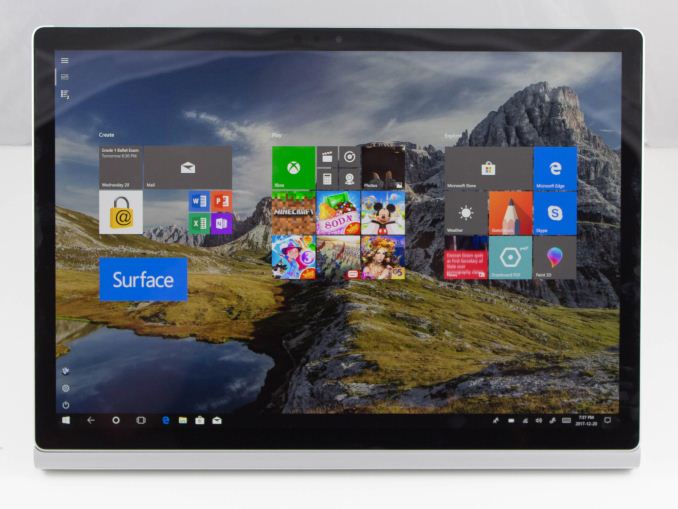 But it’s not just about the components. Microsoft’s display is arguably the best in any notebook. The magnesium finish is fantastic. The design is interesting, and functional, and the versatility of the detachable display, even if only to flip it around to watch a movie on a plane, adds value to the device. When Surface Book launched in 2015, it was a new, fresh take. The 2017 model adds performance, refinement, and reliability, and is simply one of the best notebooks on the market today.