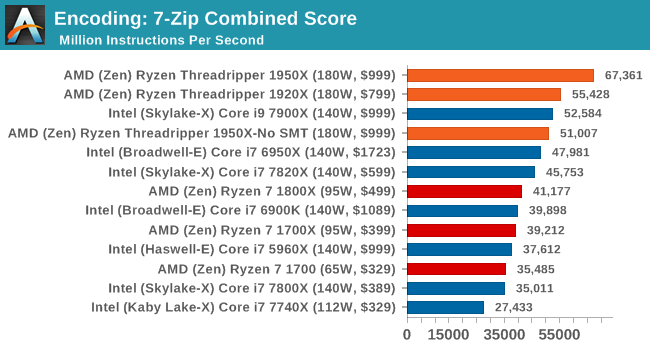 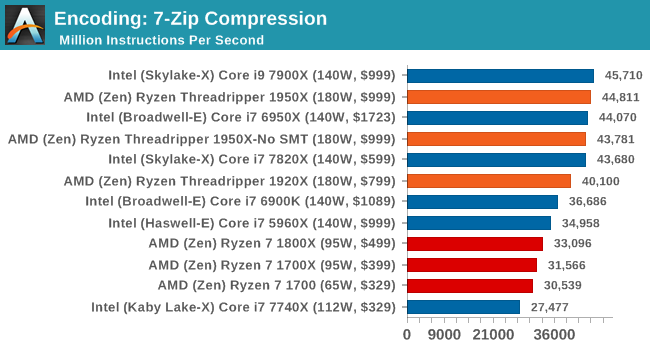 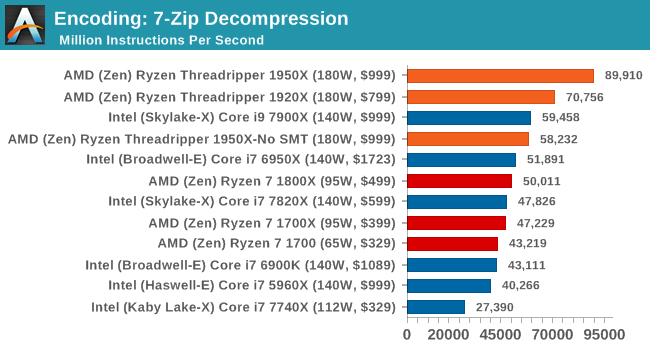 At the request of a few users, we've gone back through our saved benchmark data and pulled out compression/decompression numbers for 7-zip. AMD clearly makes a win here in decompression by a long way. 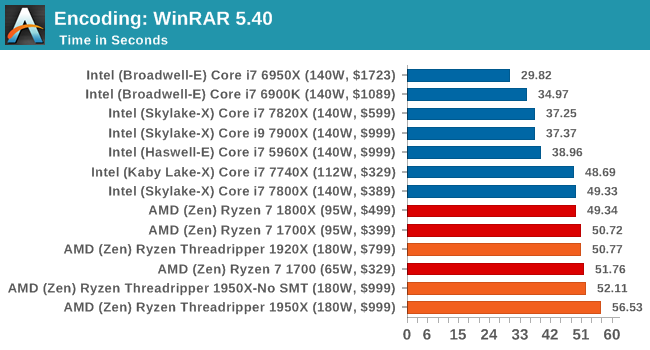 WinRAR encoding is another test that doesn't scale up especially well with thread counts. After only a few threads, most of its MT performance gains have been achieved. Which isn't a help to Threadripper, and is outright a hiderence in Creator Mode. 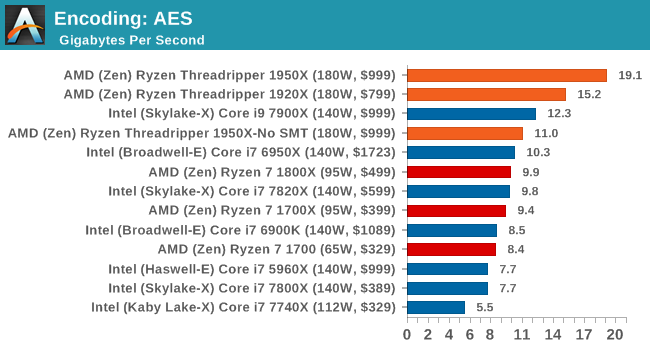 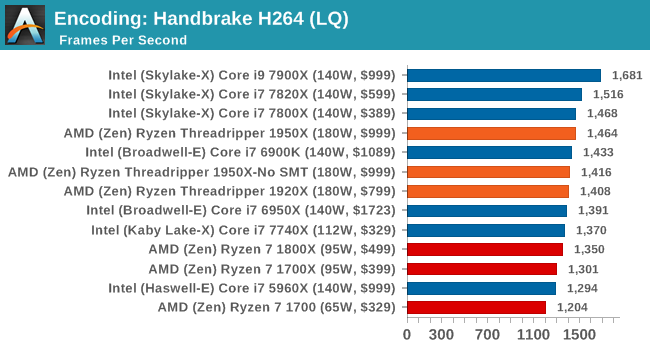 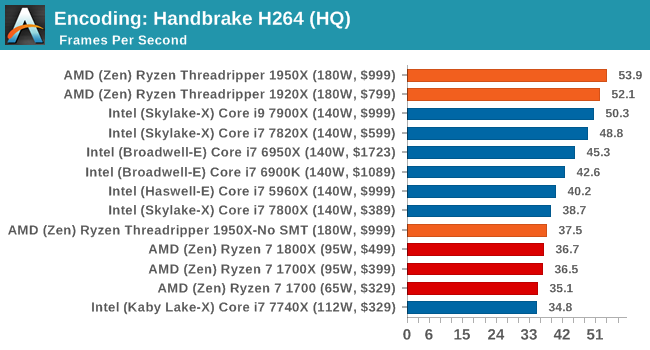 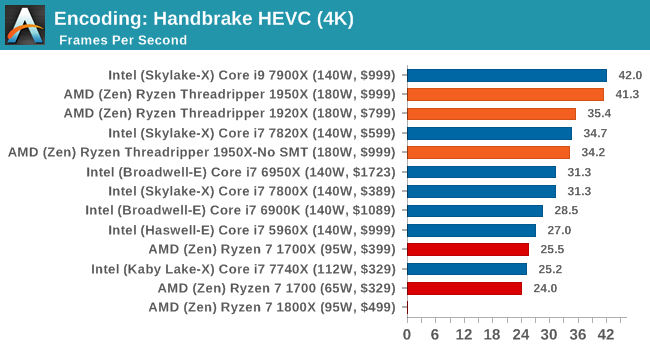 In the HQ H264 test, AMD pushes ahead with both the processors, while SMT-off severely limits the 1950X due to the lack of SMT threads. As we move to HEVC though, the 1950X and 7900X clash on performance.