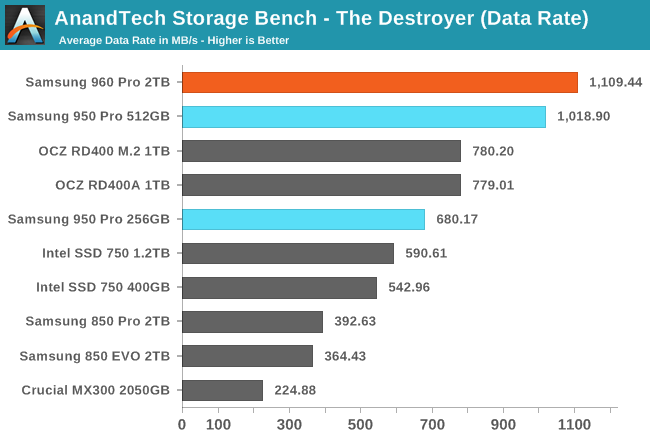 The 2TB 960 Pro sets a new record with a higher average data rate than the 950 Pro, but the improvement isn't huge, especially given the large increase in capacity over the 512GB 950 Pro. 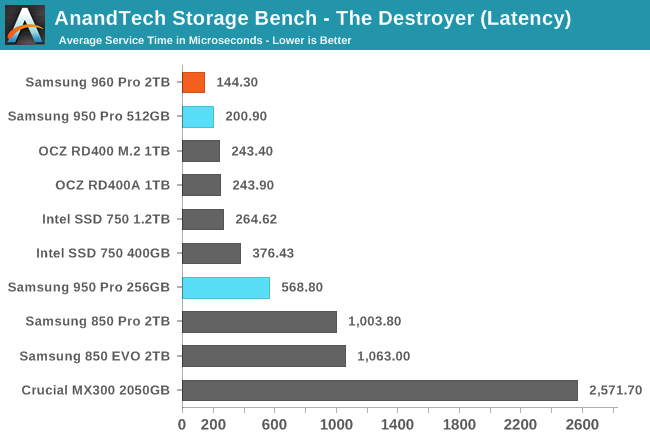 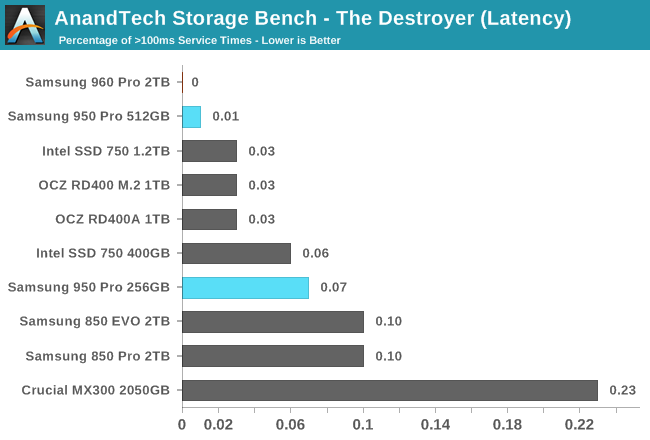 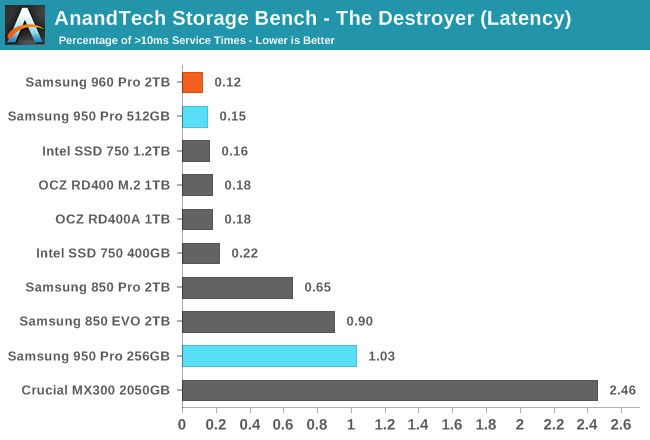 For the first time, a drive has completed The Destroyer without any operations taking more than 100ms. Though at a tighter standard of 10ms, the improvement from the 950 Pro is relatively small. 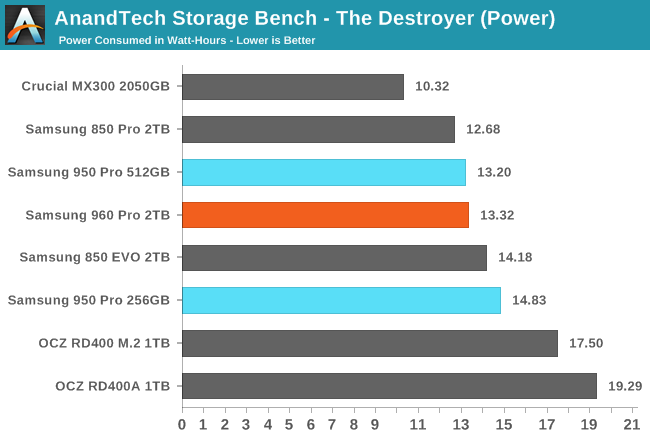 Essentially no power efficiency was sacrificed for the increased performance of the 960 Pro over its predecessors, though some SATA drives are more efficient.