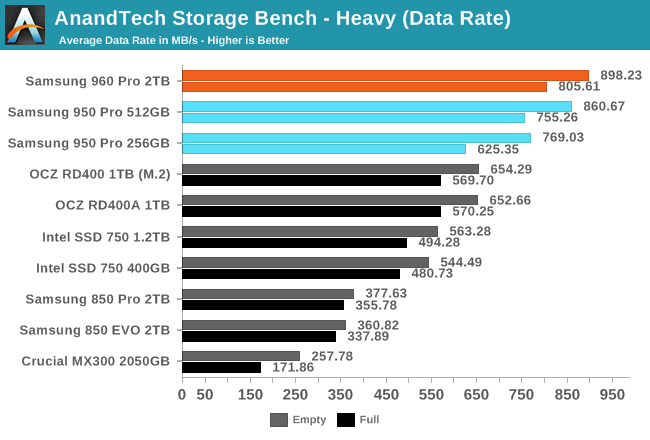 The Samsung 950 Pro was still unmatched in average data rate, even against higher capacity competition. The 2TB 960 Pro pushes the limits a little further. 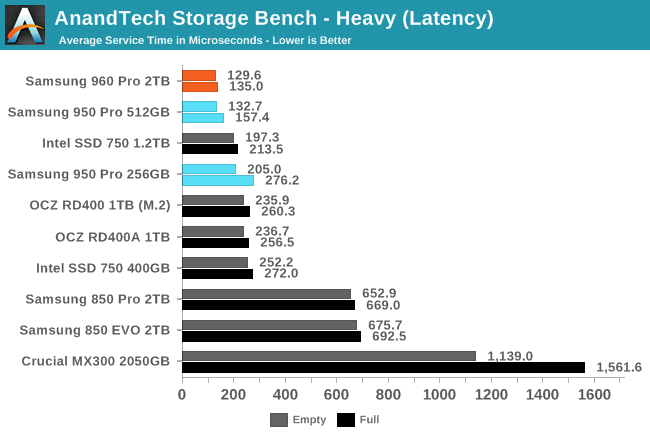 The 2TB 960 Pro delivers a slightly lower average service time than the 512GB 950 Pro, and the other PCIe SSDs are well behind. 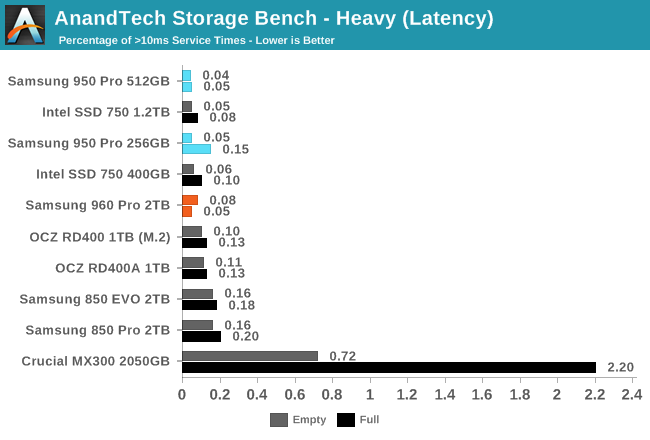 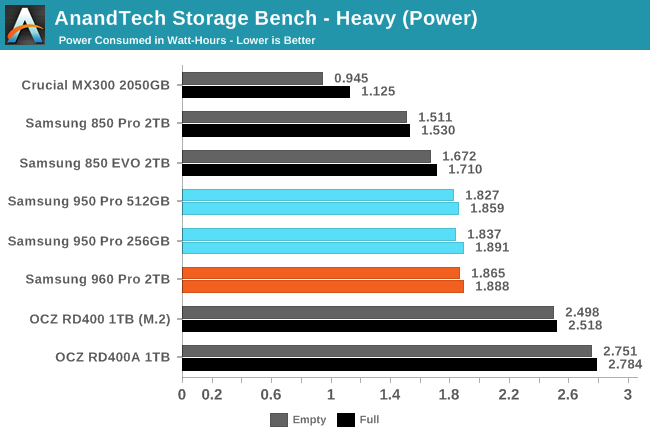 The 960 Pro's power consumption is almost identical to the 950 Pro. Samsung's PCIe SSDs have a clear lead over other PCIe SSDs but are not as efficient as the SATA drives.