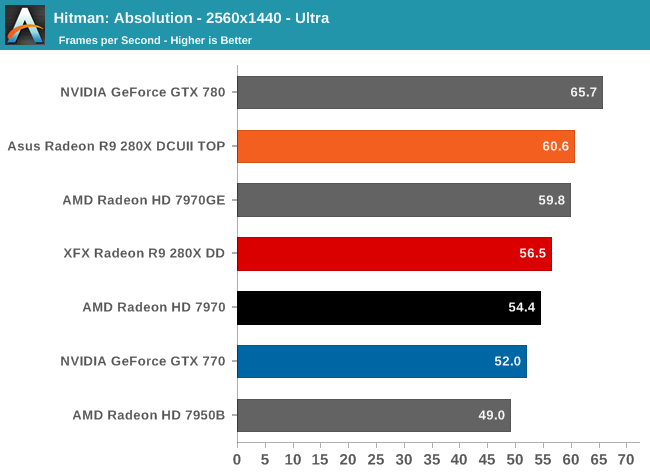 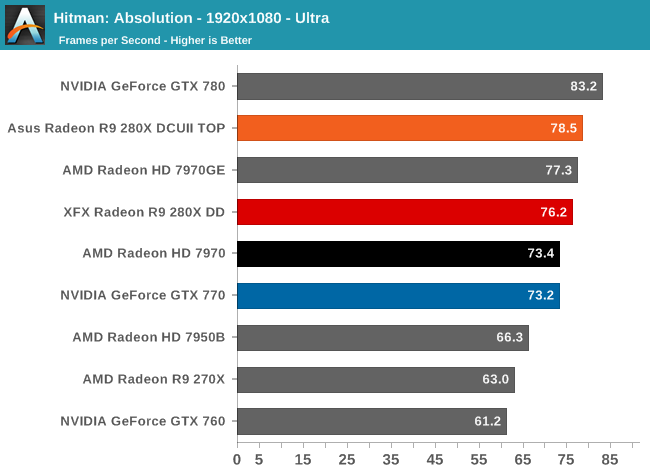 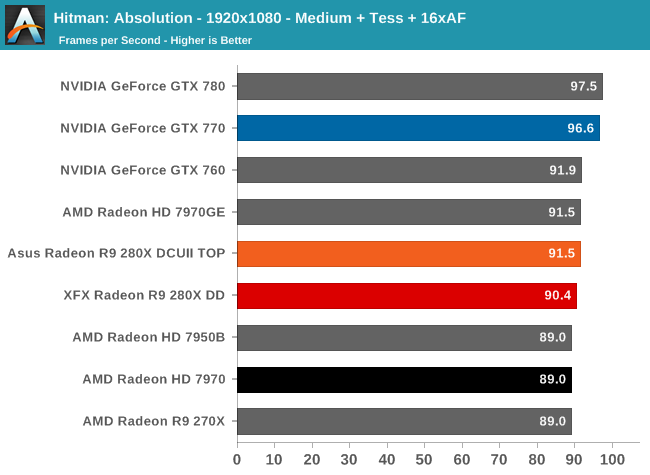 Hitman is another title AMD’s GPUs do rather well in, leading to the 280X surpassing the GTX 770 by just shy of 9%. It seems silly to be comparing a $300 video card to what’s currently a $400 video card – and in the process not a battle AMD is explicitly setting out to fight – but it just goes to show just how competitive these two cards really are.

Meanwhile if you throw in a factory overclocked card like the Asus, then we can just crack 60fps at 2560. Though on a percentage basis the performance lead over the stock clocked 280X is trending close to the average at 7%. 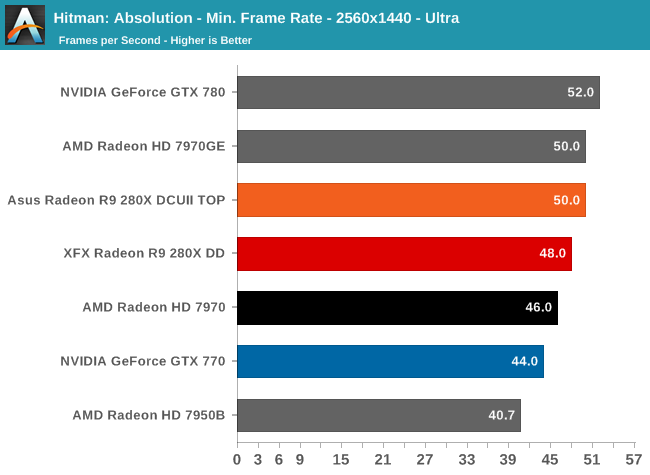 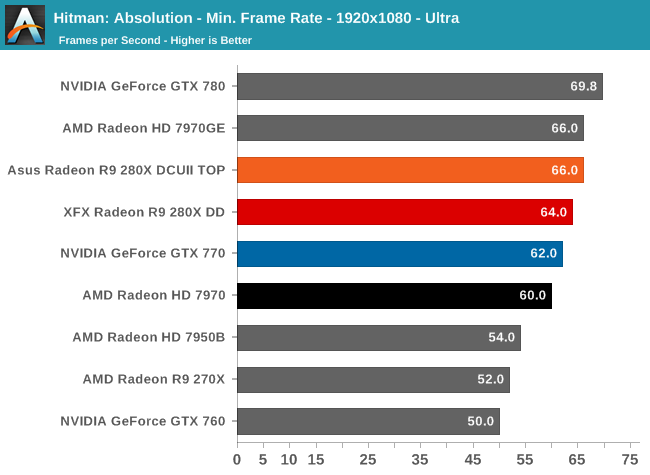 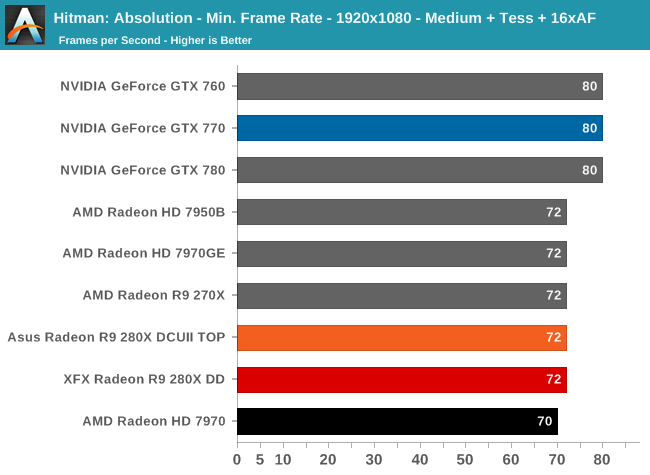 Moving on to minimum framerates quickly, the picture does not significantly change. Hitman bottoms out in the high 40s for the stock 280X, a bit more than 10fps below the average. 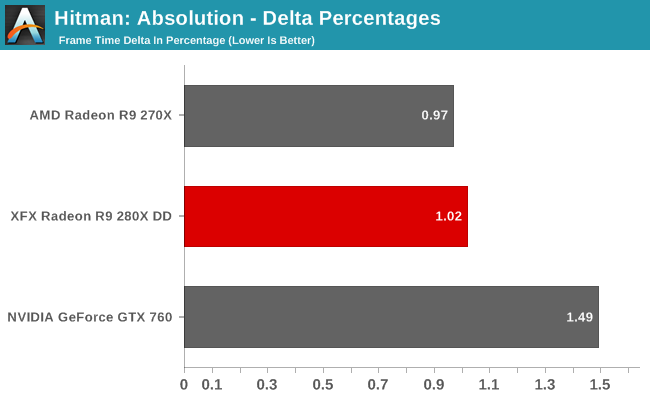