Both CPU and GPU clocks are higher on Samsung's version of the Snapdragon 600 (APQ8064AB). While the Snapdragon 600 used in HTC's One (APQ8064T) features a max GPU frequency of 400MHz, in the Galaxy S 4 the max frequency moves up to 450MHz. The increase in max frequency alone is modest (~12.5%), but the gains in GLBenchmark are far more pronounced for whatever reason. 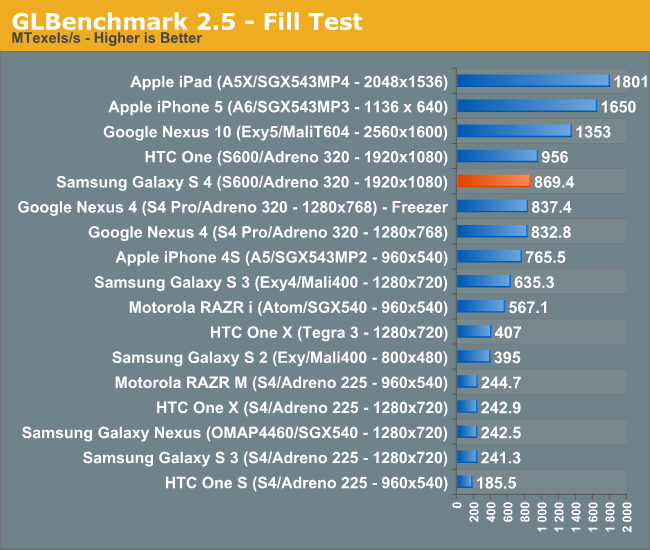 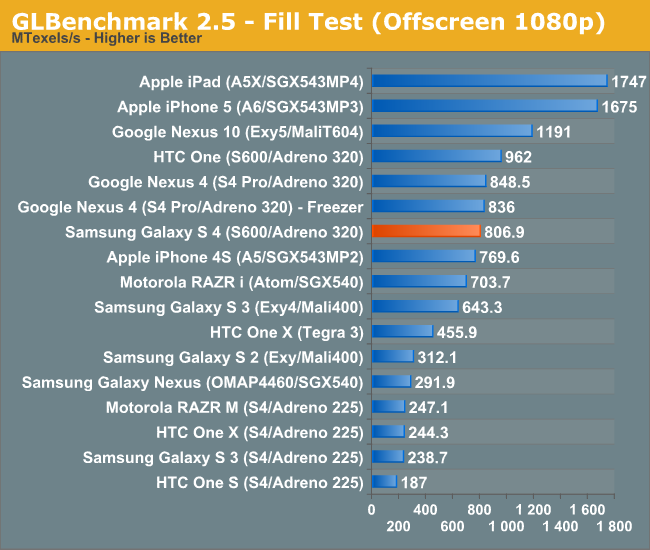 Interestingly enough, fill rate is actually lower than on the HTC One. With so many variables at work here it's difficult to say exactly why this is, but the lowest hanging fruit is to blame it on memory bandwidth differences. Without getting inside the Galaxy S 4 (or more extensive poking around) it's unclear what speed Samsung is running its memory at, which could explain the differences here. We tried tossing the Galaxy S 4 in the freezer and re-running the test but performance didn't improve substantially. Note that GLB's fill rate benchmark is the only one that did not show the Galaxy S 4 ahead of HTC's One in raw performance. 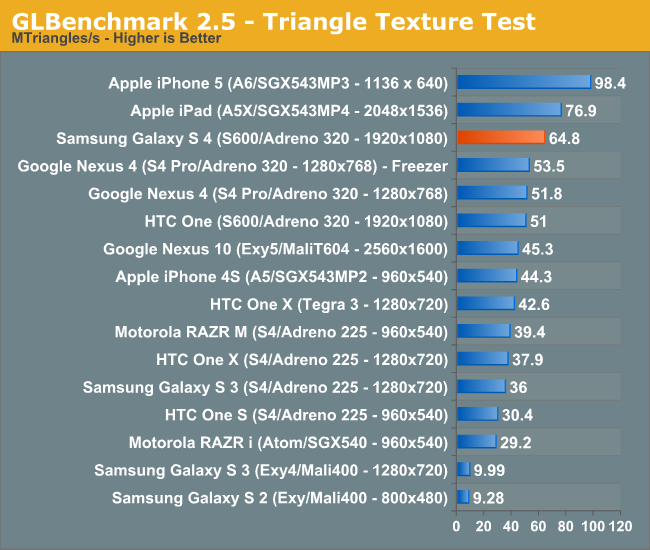 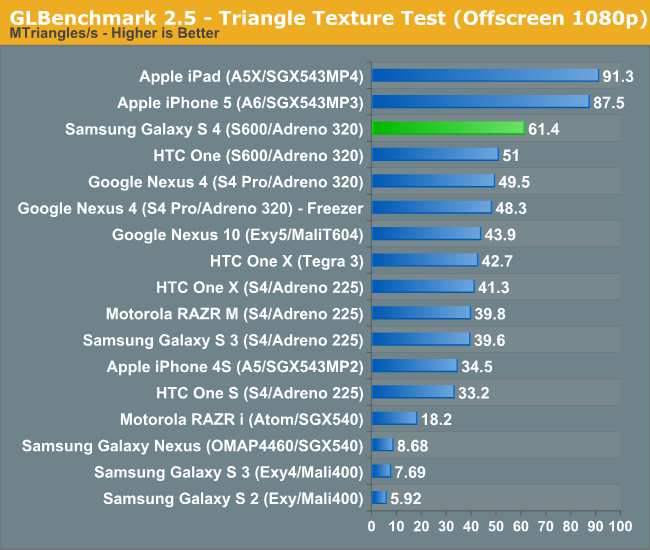 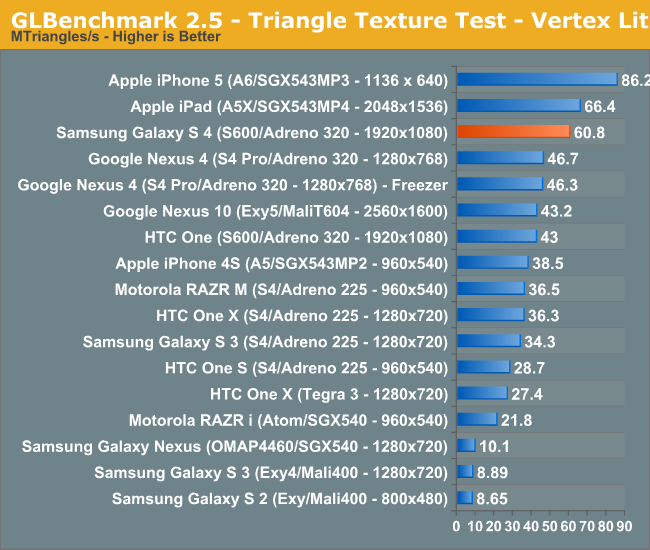 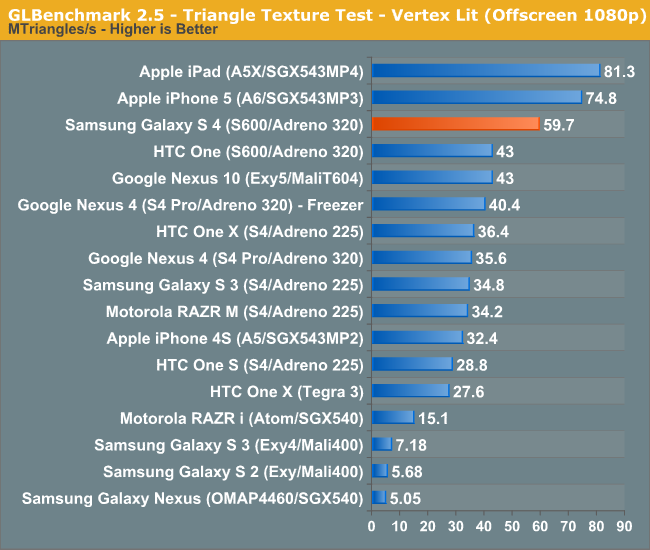 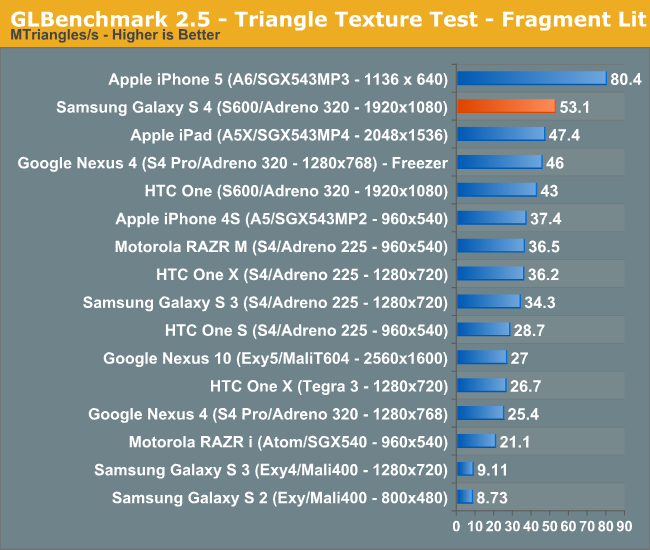 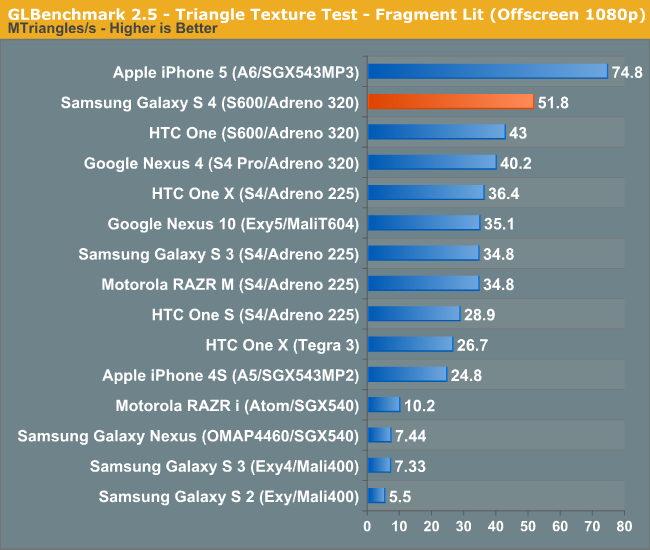 The low level triangle tests all show significant performance gains over the only other Snapdragon 600 based phone we have (HTC One). Again, I'm not really sure what's going on here with APQ8064AB but the gains here are greater than what clock speed alone can be responsible for. Samsung could be running at higher GPU frequencies more aggressively than HTC or it could have software advantages (a newer Adreno driver perhaps?) or there could be more to this APQ8064AB mystery than we realize. 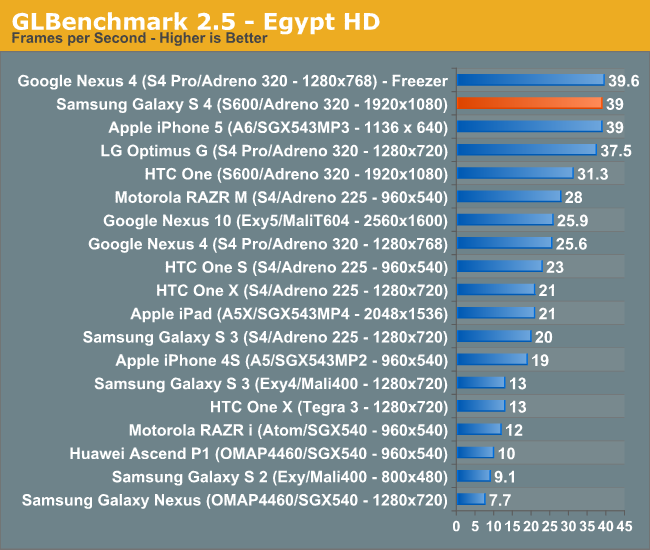 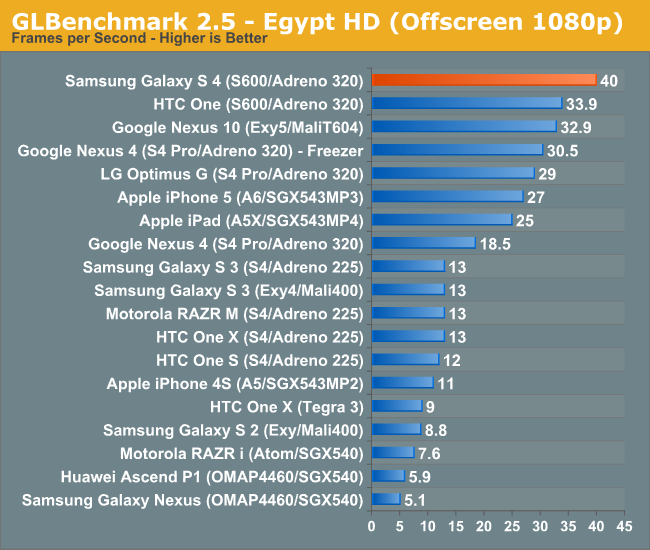 Egypt HD delivers a fairly sane number however. The Galaxy S 4 manages to outperform the HTC One by around 17% here. Again it's unclear why we're seeing greater performance than clock scaling alone would provide but the net is that the Galaxy S 4 does deliver better GPU performance than other Snapdragon 600 based devices today.