For our CPU analysis we're left with our usual browser based benchmarks. Again this isn't an ideal list of tests but it's the best we've got for now. Where necessary we'll show results using both stock and Chrome browsers. We did notice a single case of thermal based throttling under SunSpider 0.9.1 (the benchmark alone is ine, but running it after a bunch of others caused throttling), so we're once again presenting results in our standard test environment as well as inside of a freezer to show peak performance. Although the Galaxy S 4 managed to throttle in one of our tests, the device never felt all that warm to the touch. We could be seeing some of the same aggressively set thermal governors that we saw back with the Nexus 4. It's also worth pointing out that we're simply in an era of pushing the limits of just how fast you can go at 28nm LP in many of these smartphones. The mobile SoC vendors also need to do a better job of power management, enabling controlled bursting to these high frequency states vs. sustaining the higher frequencies until there's a serious enough thermal issue that the CPU cores have to throttle themselves significantly. 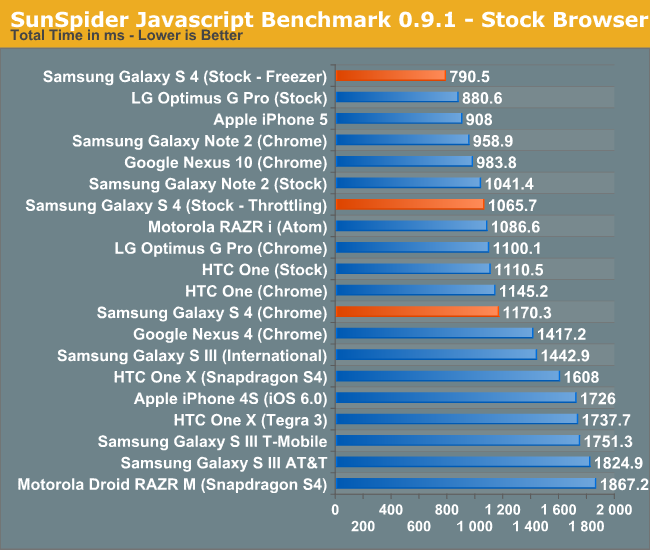 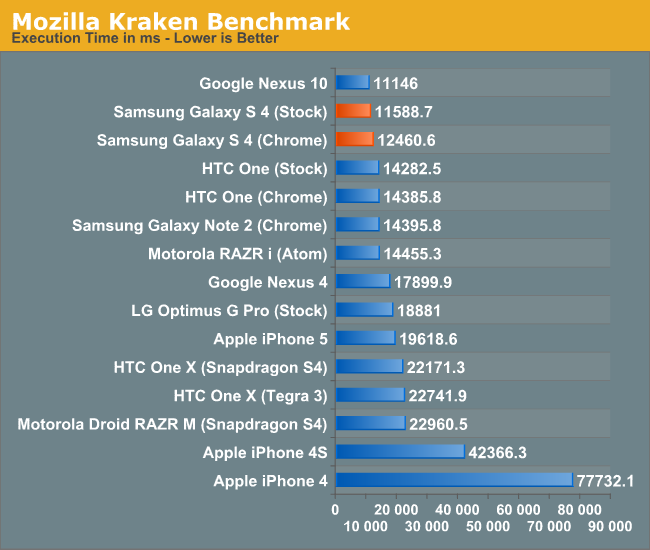 Under Kraken in particular we see a measurable improvement in performance over the 1.7GHz S600 used in the HTC One. Qualcomm still can't attain the peak performance of ARM's Cortex A15, but once again we're looking at a much lower power profile. 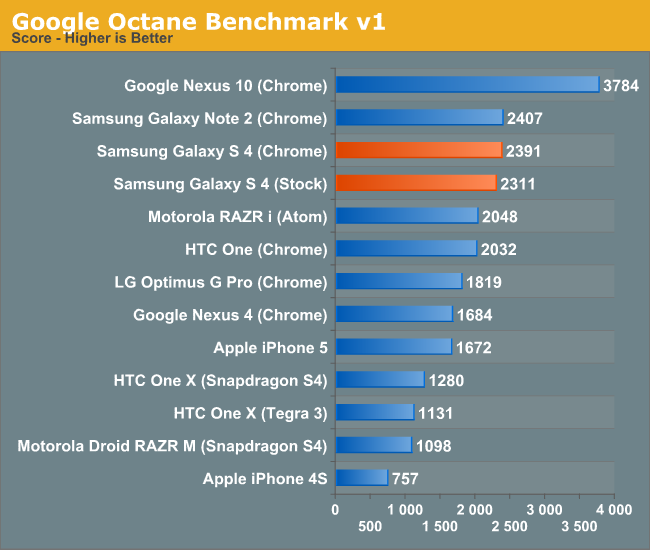 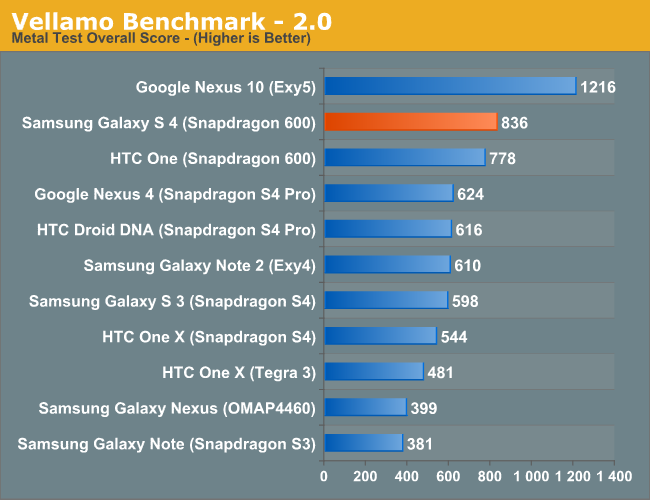 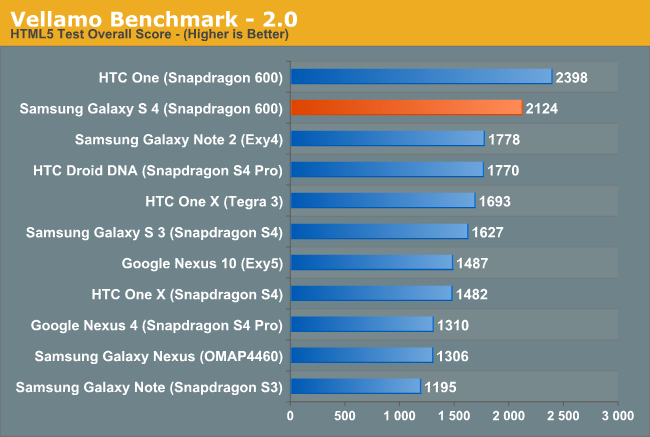