At a high level, Samsung's Galaxy S 4 integrates Qualcomm's Snapdragon 600 SoC. From what Qualcomm told us about Snapdragon 600, we're dealing with four Krait 300 cores and an Adreno 320 GPU. The Krait 300 cores themselves are supposed to improve performance per clock over the original Krait CPU (Krait 200) through a handful of low level microarchitectural tweaks that we've gone through here. The Krait 300 design also allegedly improves the ability to run at higher frequencies without resorting to higher voltages. This isn't the first time we've talked about Snapdragon 600, but since then a few things have come to light. 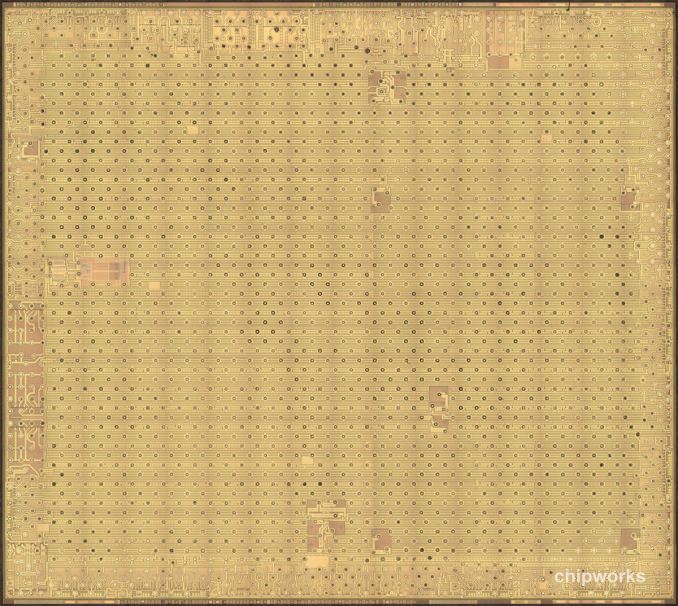 Snapdragon 600 from HTC One - Chipworks

For starters, Chipworks got their hands on a Snapdragon 600 SoC (from an HTC One) and delayered the SoC. In its investigation, Chipworks discovered that Snapdragon 600 had the exact same die area as the previous generation Snapdragon S4 Pro (APQ8064). Also, although you'd expect APQ8064T markings on the chip itself, the part carried the same APQ8064 label as previous S4 Pro designs. 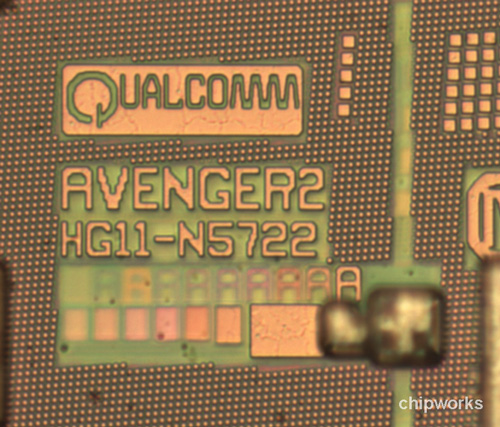 Avenger 2 Markings on Snapdragon 600 die from HTC One - Chipworks

Chipworks did note however that there were some subtle differences between a standard APQ8064 and the Snapdragon 600 SoC from the HTC One. The Snapdragon 600 from the One is labeled with an Avenger2 codename rather than Avenger, the latter was apparently present on prior APQ8064 designs. Chipworks also noticed differences in the topmost metal layer, although it's not clear whether or not they stopped there or found no differences in lower layers.

All of this points to a much more subtle set of physical differences between APQ8064 and the earliest Snapdragon 600s. Metal layer changes are often used to fix bugs in silicon without requiring a complete respin which can be costly and create additional delays. It's entirely possible that Krait 300 was actually just a bug fixed Krait 200, which would explain the identical die size and slight differences elsewhere.

That brings us to the Galaxy S 4. It's immediately apparent that something is different here because Samsung is shipping the Snapdragon 600 at a higher frequency than any other OEM. The Krait 300 cores in SGS4 can run at up to 1.9GHz vs. 1.7GHz for everyone else. Curiously enough, 1.9GHz is the max frequency that Qualcomm mentioned when it first announced Snapdragon 600.

Samsung is obviously a very large customer, so at first glance we assumed it could simply demand a better bin of Snapdragon 600 than its lower volume competitors. Looking a bit deeper however, we see that the Galaxy S 4 uses something different entirely. 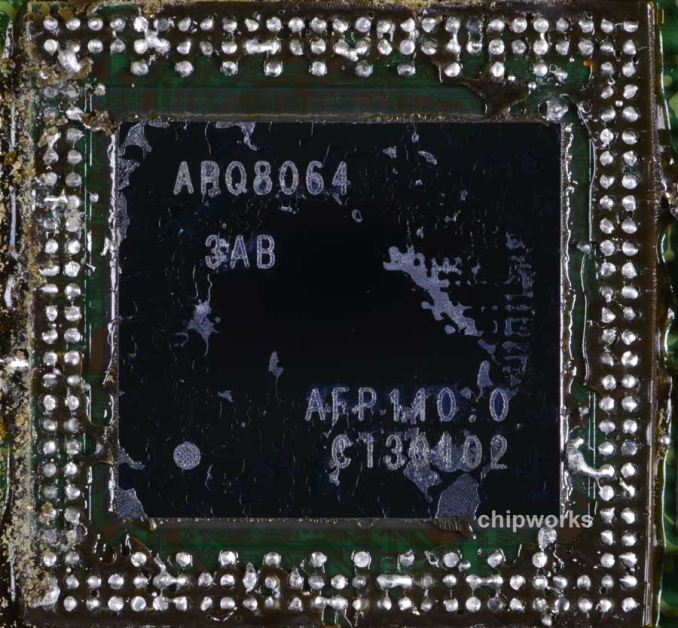 Digging through the Galaxy S 4 kernel source we see references to an APQ8064AB part. As a recap, APQ8064 was the first quad-core Krait 200 SoC with no integrated modem, more commonly referred to as Snapdragon S4 Pro. APQ8064T was supposed to be its higher clocked/Krait 300 based successor that ended up with the marketing name Snapdragon 600. APQ8064AB however is, at this point, unique to the Galaxy S 4 but still carries the Snapdragon 600 marketing name.

If we had to guess, we might be looking at an actual respin of the APQ8064 silicon in APQ8064AB. Assuming Qualcomm isn't playing any funny games here, APQ8064AB may simply be a respin capable of hitting higher frequencies. We'll have to keep a close eye on this going forward, but it's clear to me that the Galaxy S 4 is shipping with something different than everyone else who has a Snapdragon 600 at this point.