The Galaxy S 4 ships with either 16GB or 32GB of NAND on-board, but allows for expansion via a microSD card slot. The latter is a quickly disappearing feature on modern smartphones, but it remains a point of differentiation offered by Samsung. We were sampled a 16GB version of the Galaxy S 4, which arrived with 9.62GB of usable space after the OS and app pre-load.

It is worth pointing out that NAND is treated very much as a commodity in these devices, and it's entirely possible that you'll see performance deviate from what we've shown here depending on what controller/NAND/firmware combination you get in your device. 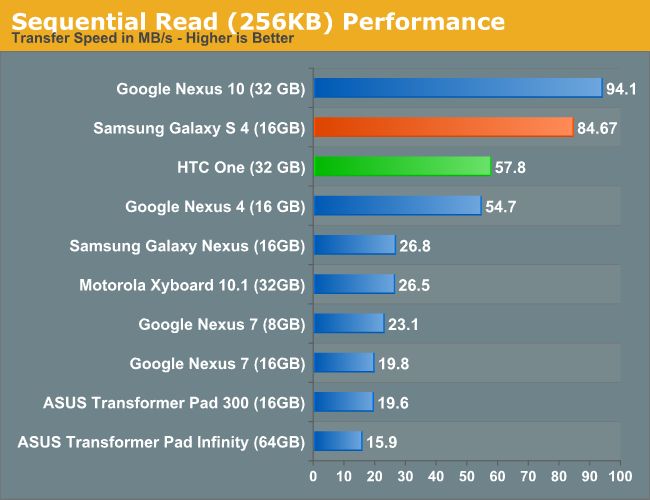 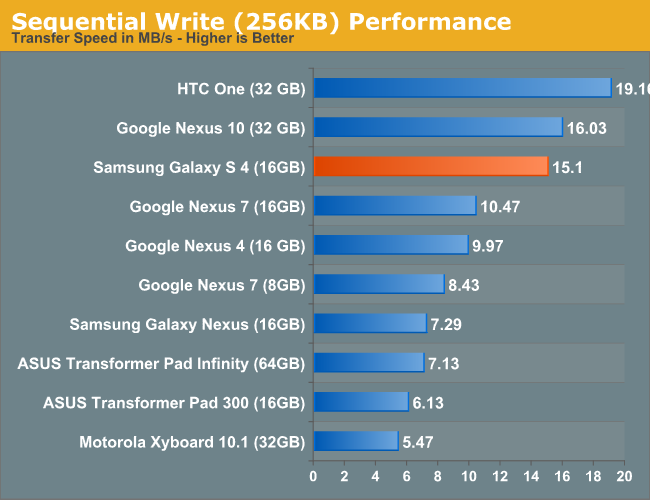 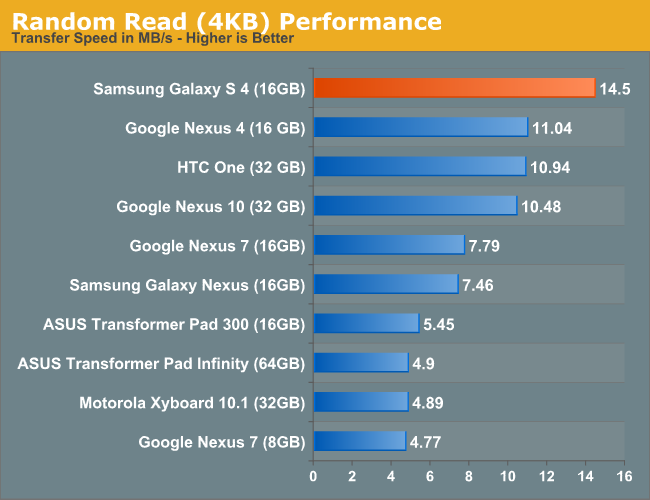 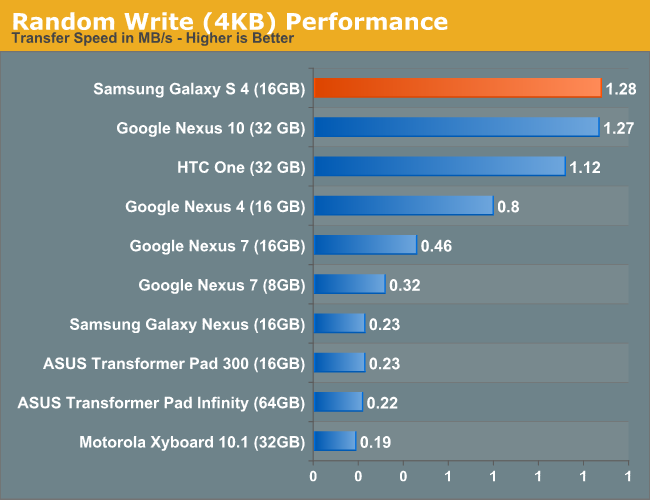