The 4th generation iPad integrates a quad-core PowerVR SGX 554 (MP4). The 554MP4 doubles USSE2 count over the previous generation PowerVR SGX 543MP4 used in the iPad 3, while keeping ROP and TMU counts the same. The result is a pure doubling of peak theoretical shader performance:

The theoretical numbers validate Apple's "2x faster GPU" claims, but as always we'll turn to Kishonti's GLBenchmark to see how achievable that performance increase is. 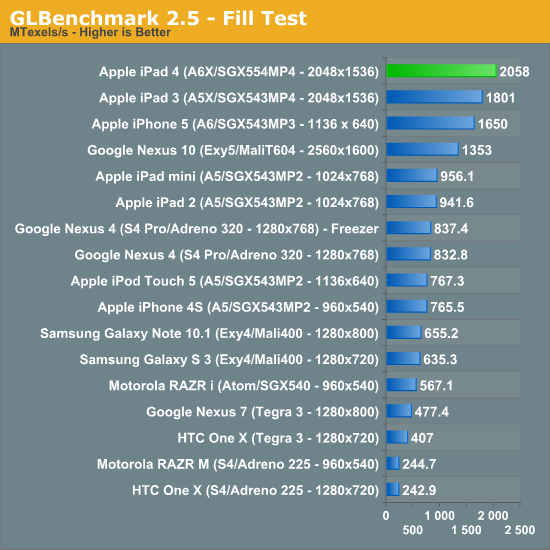 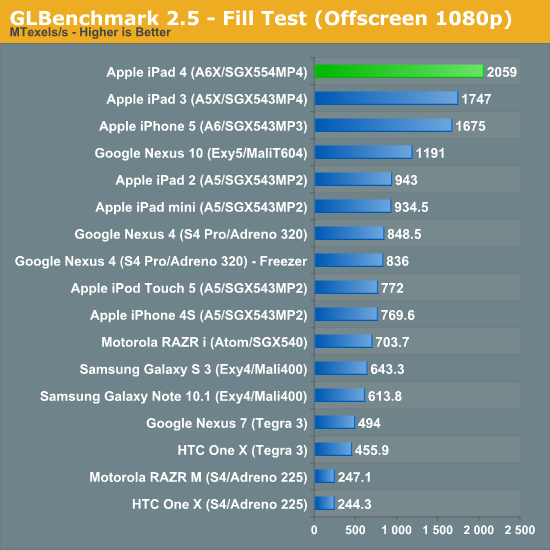 The peak fill rate test shows a ~16% increase in performance over the previous generation 543MP4. Since there's no increase in number of TMUs we're seeing the results of a higher clocked GPU in the iPad 4's A6X. 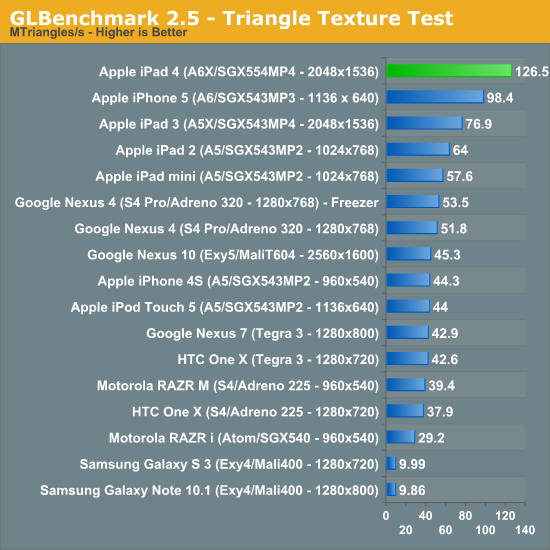 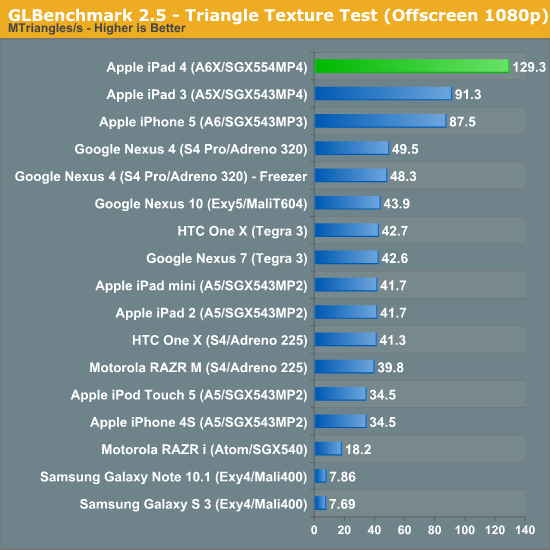 There's a pretty hefty improvement in triangle throughput - we're seeing more than a 60% gain compared to the iPad 3. 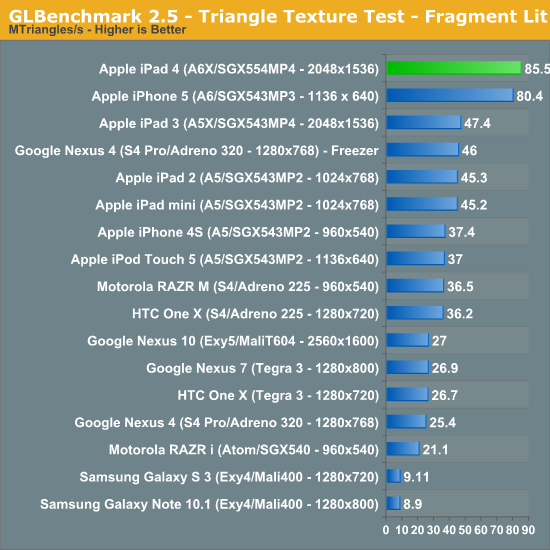 At native resolution the fragment lit triangle texture test shows a big gain over the iPad 3 (~80%). 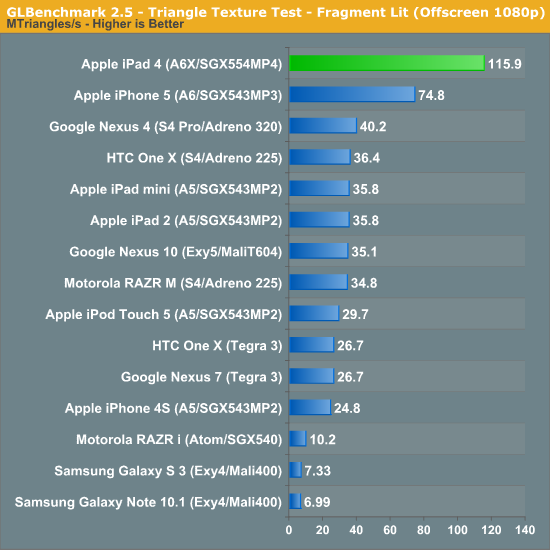 In both of the final triangle throughput tests the iPad 4 manages a 40 - 45% increase in performance over the iPad 3: 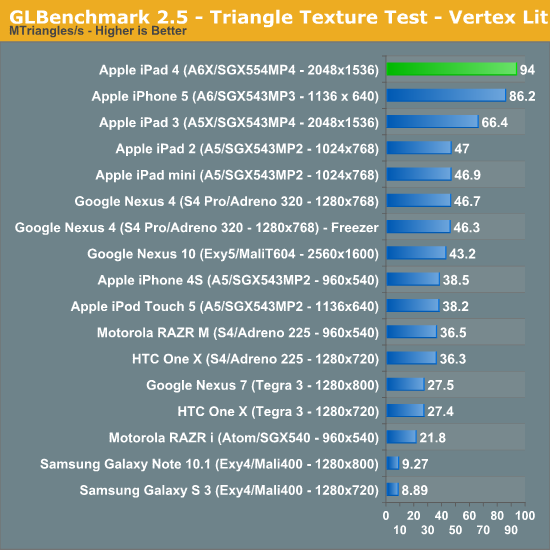 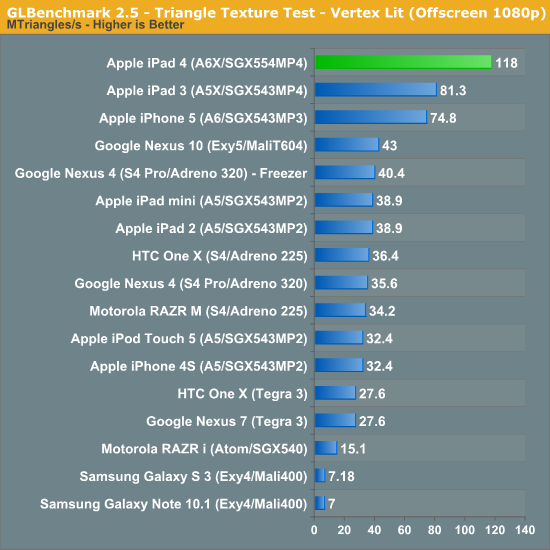 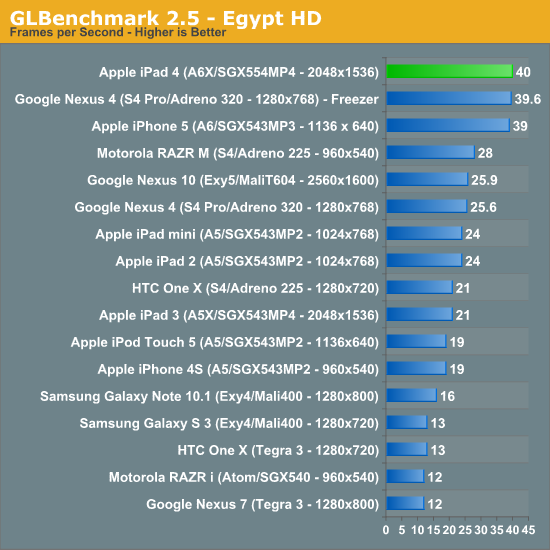 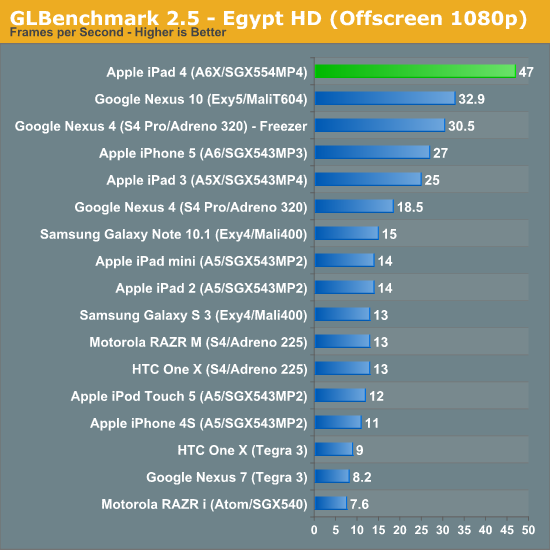 The Egypt Classic test is a much lighter workload, as a result most of these devices hit 60 fps at their native resolution: 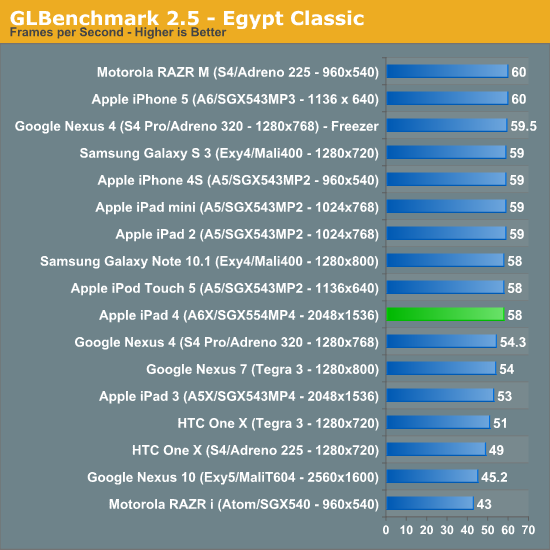 Although Egypt HD is a bit overkill for today's games, Classic undershoots by a good amount. The offscreen test however does provide some guidance as to whether or not these devices would be able to hit 30 fps on an appreciably heavier workload: 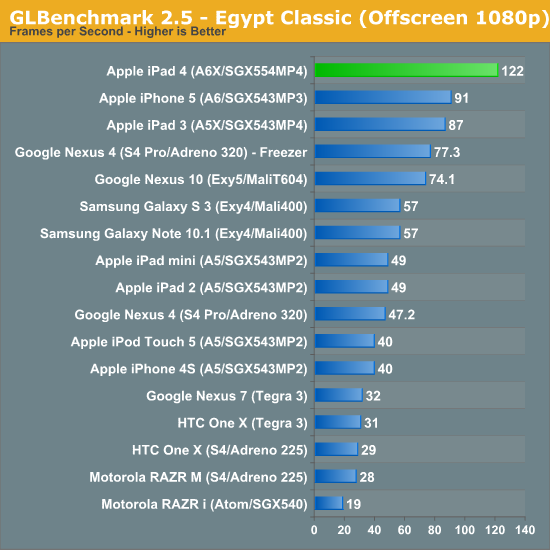