For app and game developers, modern day tablets are treated much like game consoles. Although the hardware does see yearly updates, developers aim for a fast experience on as many platforms as possible (within reason). This is particularly true for mobile game developers. I pointed this out in our 3rd gen iPad review as big reason why Apple's significant advantage in GPU performance doesn't actually translate into better frame rates in games compared to Tegra 3 based tablets. Instead what we see game developers doing a lot of is playing around with detail settings and resolutions in order to scale performance across various hardware platforms.

Like almost every first generation Retina Display equipped Apple product, the 3rd generation iPad was ahead of its time in some areas. Although Apple did a great job enabling Retina support in first party applications, the hardware driving the display wasn't necessarily up to snuff. The PowerVR SGX 543MP4 delivered twice the shader performance of the iPad 2's GPU, but it had to drive a display with 4x the pixel count. Apple needed a quadrupling of GPU performance (and potentially a similar increase in memory bandwidth) in order to allow the most demanding games to run at the iPad's native resolution. 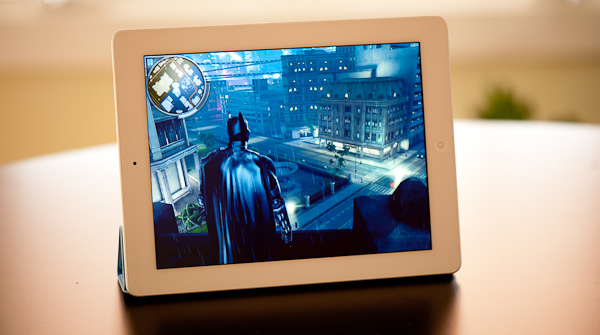 As a compromise, some game developers rendered titles at an intermediate resolution and simply upscaled the frame buffer to the iPad's native display resolution. Epic's Infinity Blade 2 rendered internally at 1.4x the resolution of the iPad 2. Infinity Blade 2 relied on AA to make the lower resolution look better. In the case of Infinity Blade 2, the game played pretty similarly on the iPad 2 and 3 and looked better on the 3rd gen model, which delivered much of what Epic was hoping to accomplish there. The 3rd gen iPad looked better and played at a similar frame rate to its predecessor. It just didn't look as good as it could have.

Where the 3rd generation iPad fell short, the 4th generation model stepped up to the plate. By once again doubling shader performance over its predecessor, games that aren't bound elsewhere should finally be able to run at the iPad's native panel resolution. Games limited by memory bandwidth on the 3rd gen iPad may still run into issues as the new iPad doesn't bring much of an increase in memory bandwidth, the same goes for ROP and texturing limited scenarios as neither count increases over the A5X. Given the current trend in gaming evolution, investing in additional shader performance makes sense.

I've been playing a lot of games on the new iPad and generally found that they fall into one of three categories. In many cases, the developer simply delivers the same experience on the 3rd and 4th generation iPads. The internal rendering resolution remains the same, as do texture filtering and detail settings. In this (fairly common) scenario, a game may continue to render at a non-native resolution or even the native panel resolution depending on the performance demands of the title.

In some cases, the developer will use the added GPU horsepower to deliver added detail on the 4th generation iPad. Finally, there are some games where the developer will put the A6X to use in delivering a higher native resolution and/or AA mode. I put together some screenshots showing most of these scenarios. If you want the original, high-res sources for most of these shots I've zipped them up here.

Dead Trigger doesn't seem to change resolution at all between the 3rd and 4th generation iPads, but we do see an increase in filtering quality on the latest iPad. Performance remains unchanged between the two, but if you look at distant surfaces you'll see a distinct difference between the 3rd and 4th gen models. Whether or not you notice the increase in filtering quality in actual gameplay really depends on the user. Dead Trigger is fast paced enough where I didn't notice an appreciable difference between the iPad 3 and 4, but if you spend your time doing a lot of image quality analysis you'll likely appreciate the newer iPad. 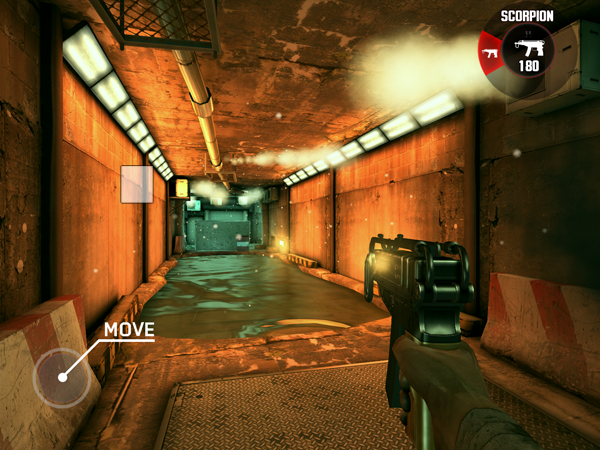 For this test we're looking at the far end of the left wall, highlighted above. The crop below is enlarged - I also scaled up the iPad 2/mini output so you can easily compare the difference in detail. Click on the buttons below to switch the crop source: 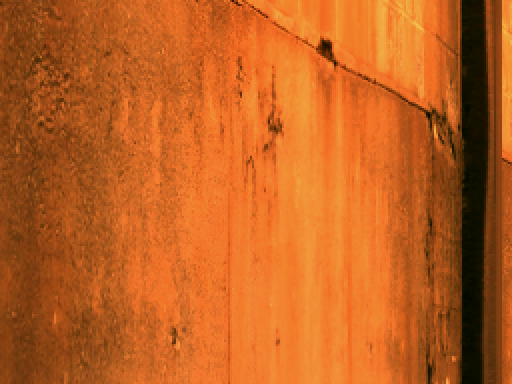 With a faster GPU and more video memory, the iPad 3 looks better than the iPad 2/mini output. The iPad 4 enjoys an edge over the 3 in filtering quality.

The latest Batman game shows a mild difference in image quality between the iPad 3 and 4, although a tangible increase in resolution compared to the iPad 2/mini. Like all of the games I'm showing here, there doesn't appear to be a huge performance difference between any of the tablets. The game developer simply varies image quality in order to keep performance as consistent as possible across iPad versions: 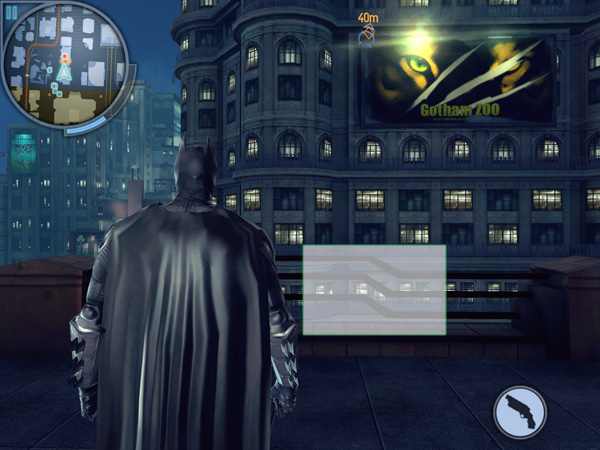 In this scene we're looking at a crop of the railing to the right of Batman, giving us a good look at differences in resolution as well as texture quality in the background. 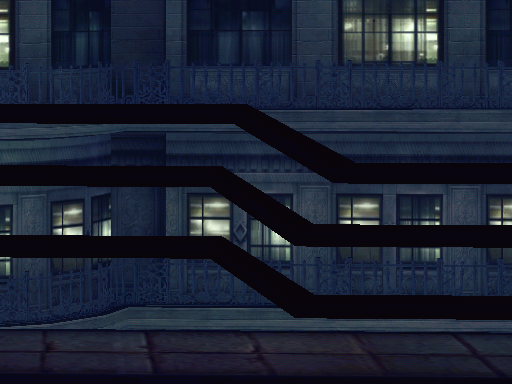 This is a fairly common situation for a lot of the newer titles. There's a resolution advantage on the Retina iPads, with a slight image quality advantage for the iPad 4 over the 3rd gen model.

Our next title is yet another first person shooter: Near Orbit Vanguard Alliance (N.O.V.A. 3). The NOVA games have done a good job of staying up to date with the latest Apple hardware, and the latest installment is no different. On the iPad 3, the game seems to run at the same resolution as on iPad 2/mini but with a fairly blurry upscale. With the 4th gen iPad however, the developer was able to render at a higher native resolution which significantly improves image quality. 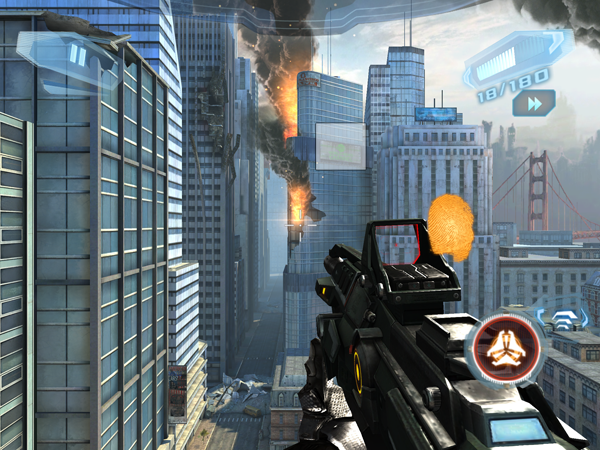 For this test we're looking at the green sign in the middle of the scene. Lining up all of the screenshots identically proved to be pretty difficult, so you'll notice the crops below shift around a bit. The difference between platforms is dramatic enough however to get the point across. Once again I scaled the iPad 2/mini output to the same output resolution as the Retina iPads for easier comparison: 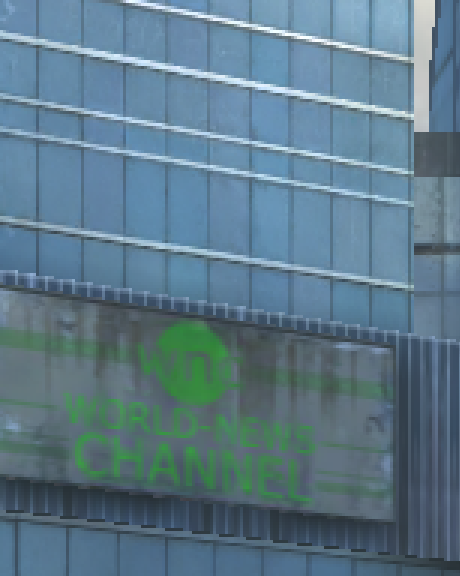 The improvement is substantial. The game looks a lot better on the iPad 4 than on the 3.

Epic's Infinity Blade 2 needs no introduction, it remains one of the best looking games on the app store. A consequence of really pushing the envelope on mobile hardware meant that Epic couldn't run the title at the iPad 3's native resolution upon its release, instead settling on an intermediate resolution. Infinity Blade 2 gives us a good showing of resolution progression from the iPad 2 all the way through the iPad 4. 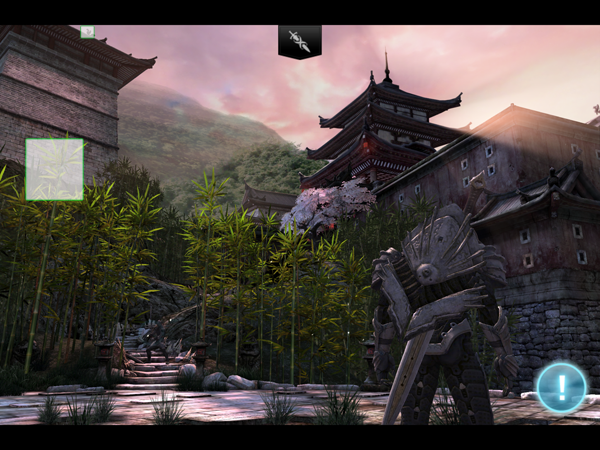 Here we're looking at two separate crops: one from the roofline in the upper left hand corner and another looking at the top of the trees in along the left of the scene. 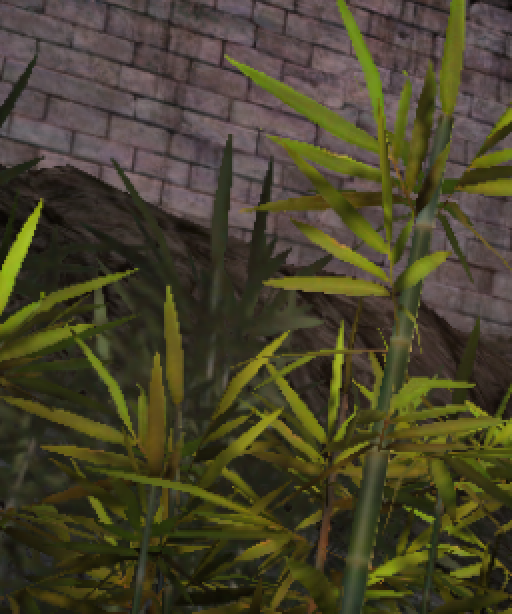 There's an obvious improvement here, but you can really see the added resolution at work in the extreme crop below. 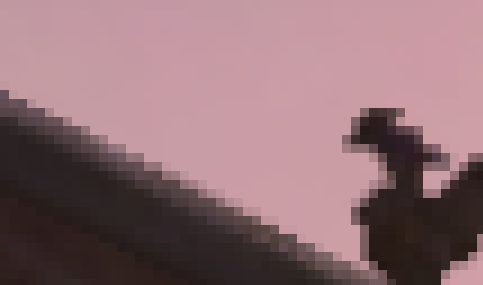 I should add that how apparent the added resolution is really depends on how much you're looking for it. The difference between the iPad 2/mini and the iPad 3 is pretty significant, the move to the 4 is more incremental. Such is the nature of the beast. With annual hardware updates, many of the improvements you see going forward will be more incremental visually. As very few software vendors are interested in alienating a large install base of older iPads, they will hesitate to only support the absolute latest and greatest. It's the same issue we have in PC gaming. That's not to say that we won't see a Crysis equivalent appear in mobile to coincide with major hardware launches down the road, it just won't be the norm.

It's clear that the PowerVR SGX 554MP4 was the right match for the iPad's Retina Display. I highly doubt that Apple will stop increasing GPU performance going forward (Rogue cometh), but it finally does have a much better balanced SoC/display setup in the 4th generation iPad.