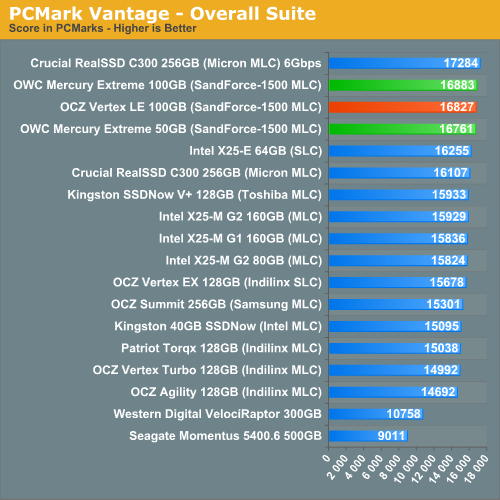 PCMark Vantage mostly echoes what you'd expect based on our data thus far. There's no real performance difference, in the real world, between the 100GB and 50GB SandForce SF-1500 MLC drives. It's only in the HDD specific test that we see any evidence of a slower drive, and even then the drop isn't that great. 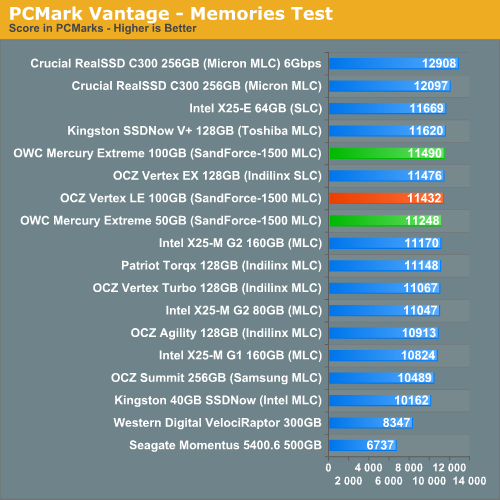 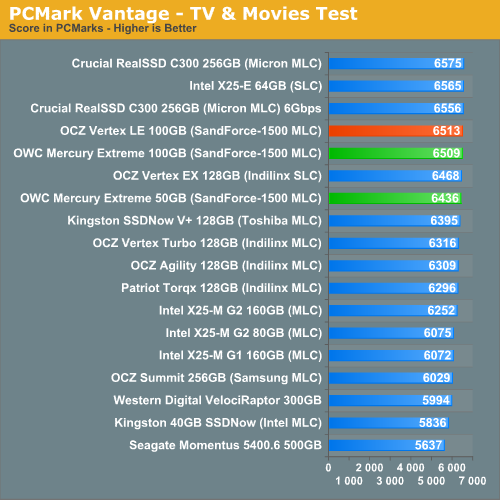 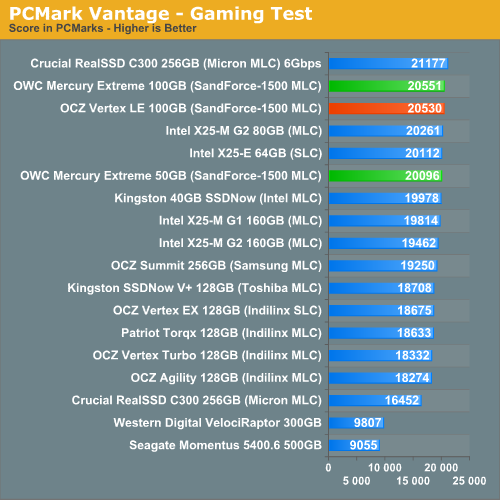 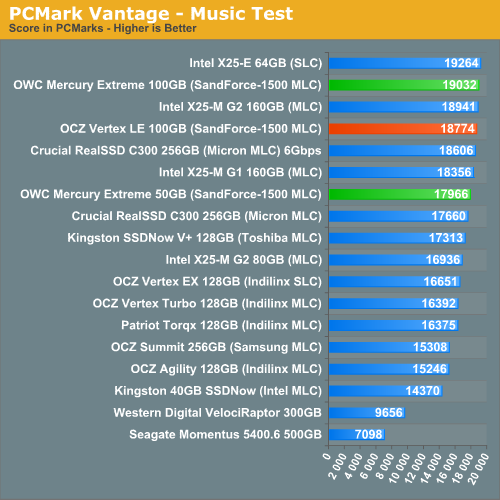 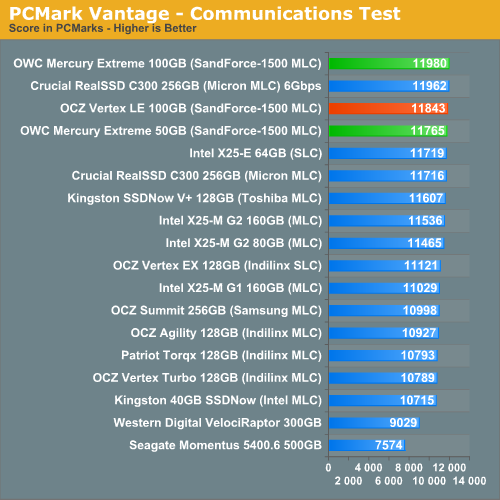 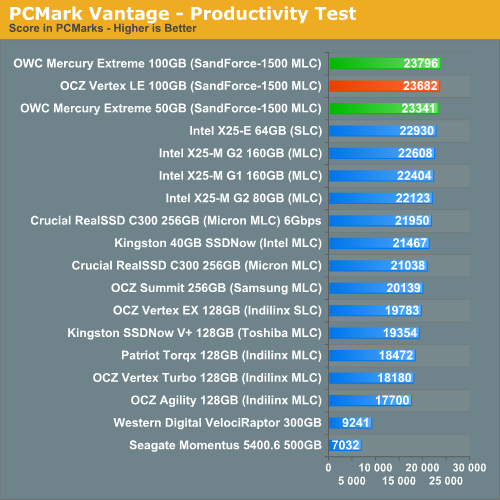 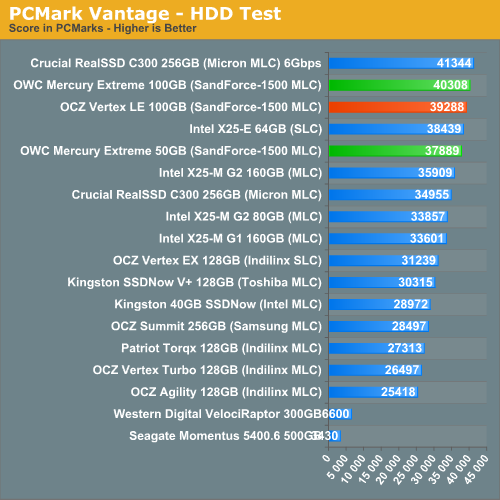