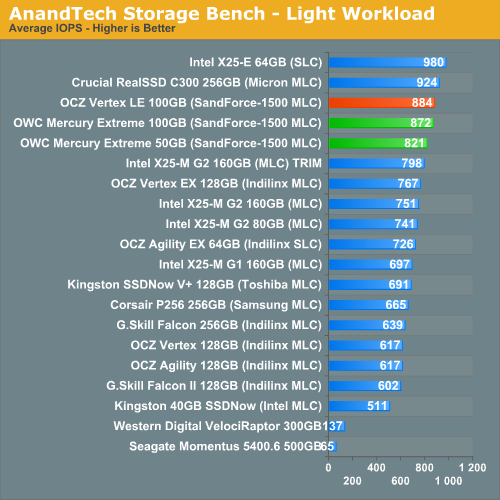 In our light workload we see a small performance drop from the 100GB to 50GB capacity point. It's nothing tremendous though and definitely not noticeable in real world usage. Other than the usual performance degradation issues you see with running an SSD close to max capacity, you shouldn't really see any difference in performance between a 50GB or a 100GB SandForce drive. 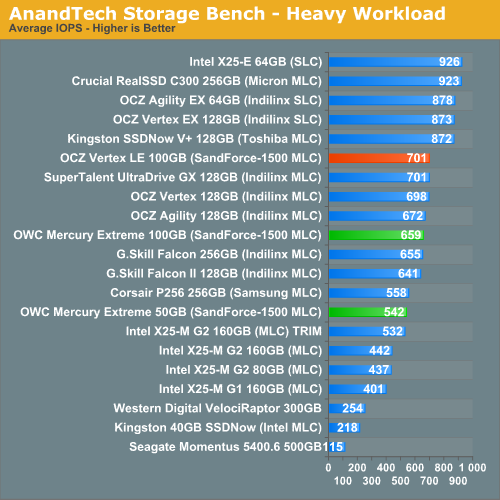 Crank up the IOPS and our 50GB drive stops doing so well. I should point out that despite its fall from grace, the 50GB OWC drive is still as fast as the 160GB Intel X25-M G2. While there's indeed a drop in random write speed, it doesn't appear to be a crippling drop.

Our final test focuses on actual gameplay in four 3D games: World of Warcraft, Batman: Arkham Asylum, FarCry 2 and Risen, in that order. The games are launched and played, altogether for a total of just under 30 minutes. The benchmark measures game load time, level load time, disk accesses from save games and normal data streaming during gameplay. 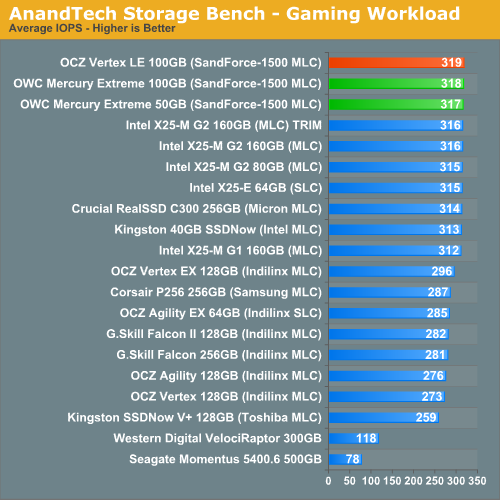 We've already shown that read speeds are no lower with the 50GB drive, and thus our gaming workload which involves mostly texture/level loads off of the SSD shows no difference between the various capacity points of SandForce drives. We're still very bottlenecked by 3Gbps SATA here.