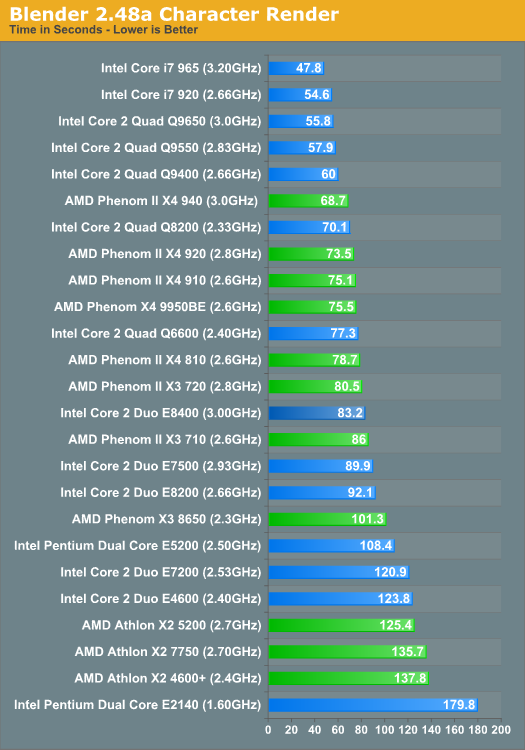 While AMD is competitive in many applications, some do favor Intel's architectures; Blender is one of them. Only the Phenom II 700 series is competitive thanks to its triple-core advantage. 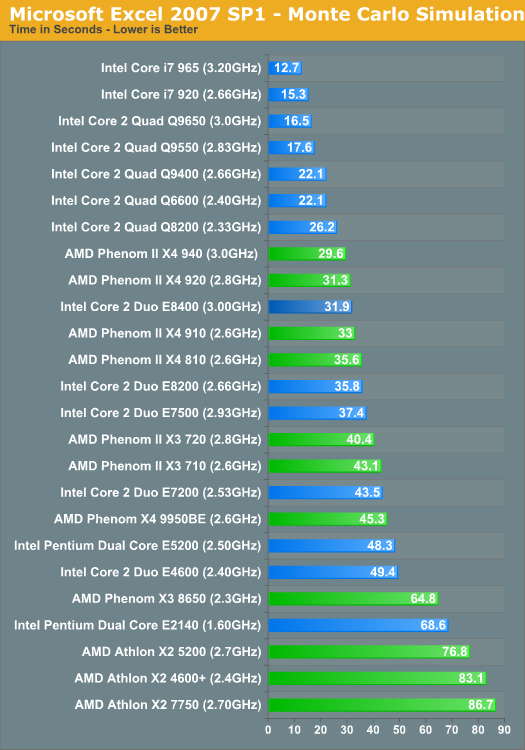 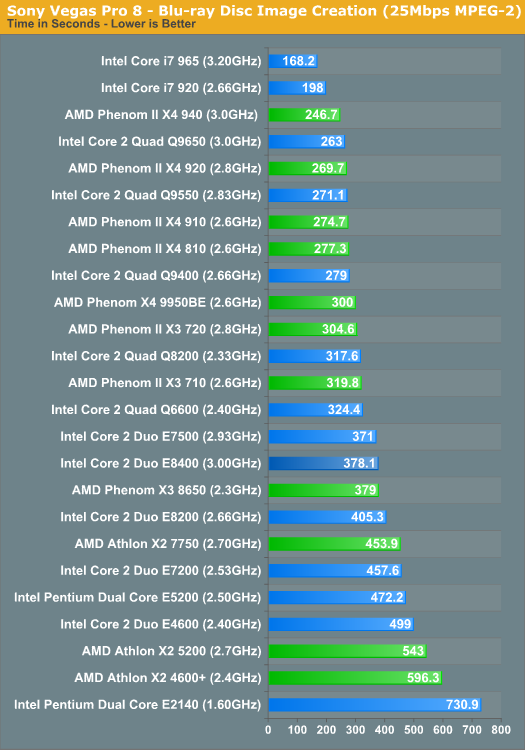 AMD is very competitive here, outperforming all of the equivalently priced Intel CPUs. The clock speed and cache advantage of the Phenom II X3 720 is enough to even outpace the Core 2 Quad Q8200. 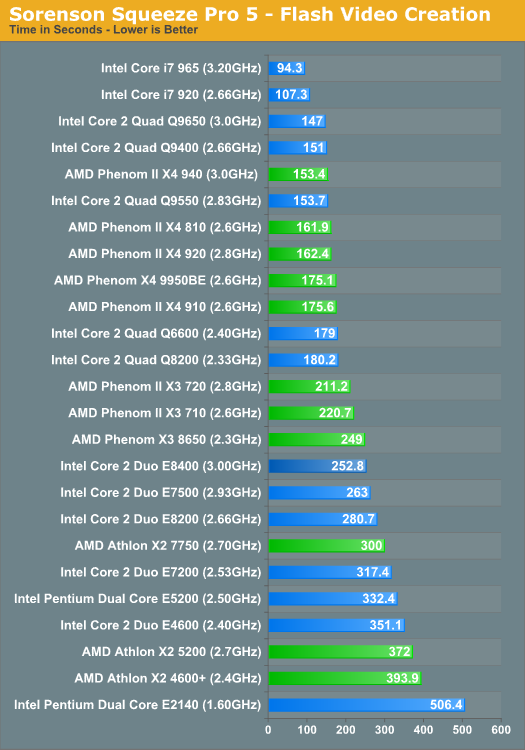 The performance breakdown is more of what we've been seeing here tonight. 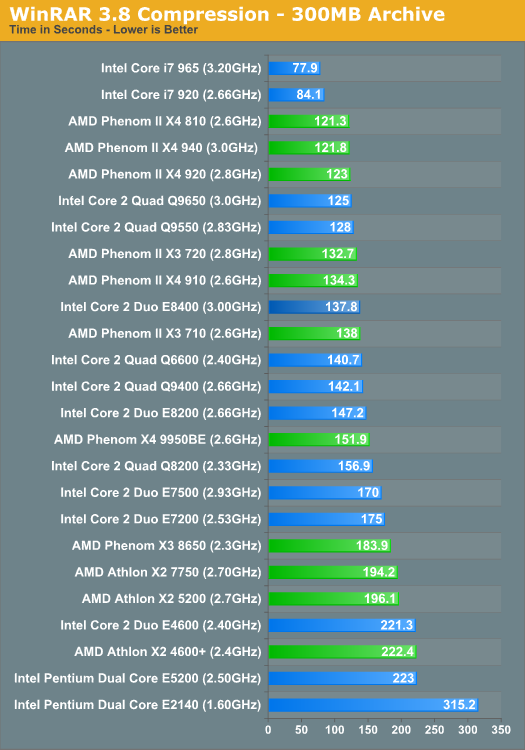 The entire Phenom II lineup ends up performing very similarly, largely because there are IO limitations at work here despite our use of an SSD. Cache size matters as Intel's smaller cache quad-core chips don't do nearly as well as the 12MB behemoths.