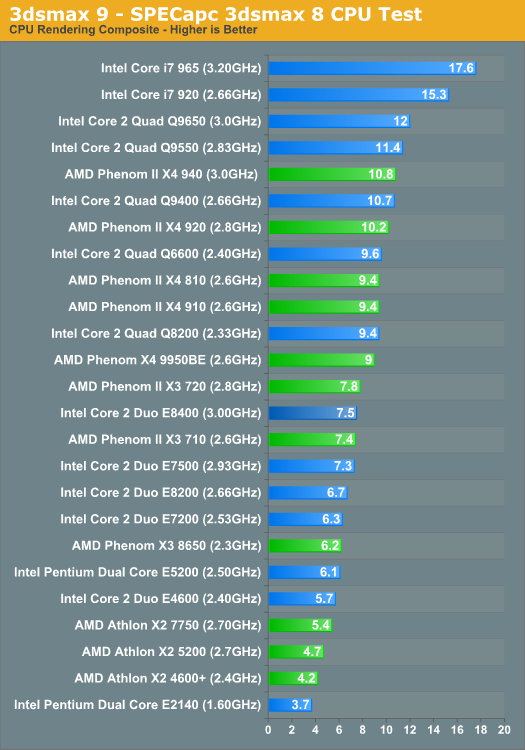 The Phenom II 900 and 800 series are once again competitive with the equivalent Intel offerings. Since we're dealing with a well threaded workload, the Phenom II X3 720 manages to inch ahead of its Core 2 Duo competitors. 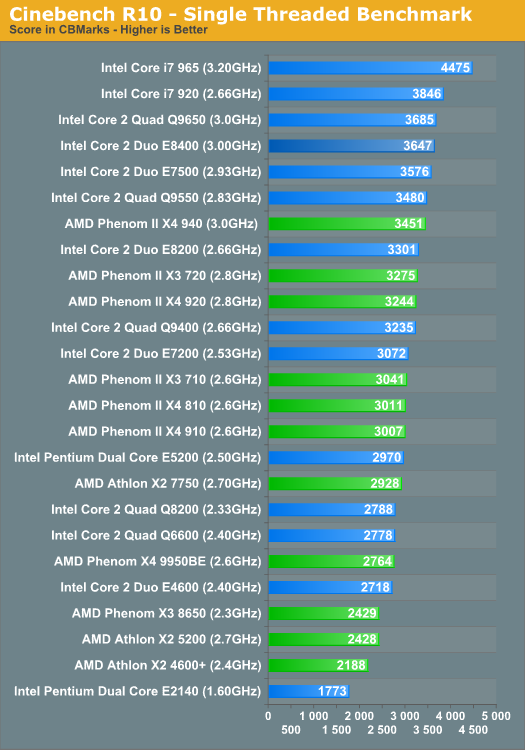 Taxing only a single core all you can rely on is frequency, hence the E7500 being at the top of the charts. But we are in the multi-core era, so let's look at the multi-threaded results: 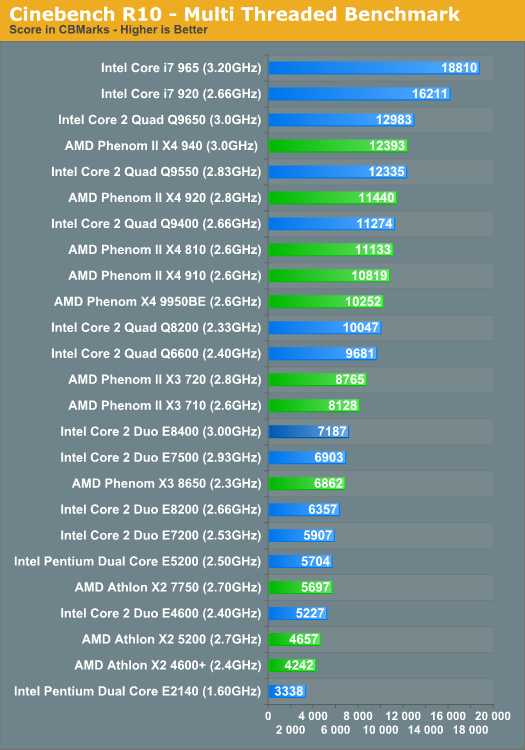 AMD does very well in the multi-threaded Cinebench test thanks to its architectu, only the fastest Core 2s and of course Core i7 are able to outperform the Phenom II. The triple core 720 has a clear advantage over its dual core competitors here. 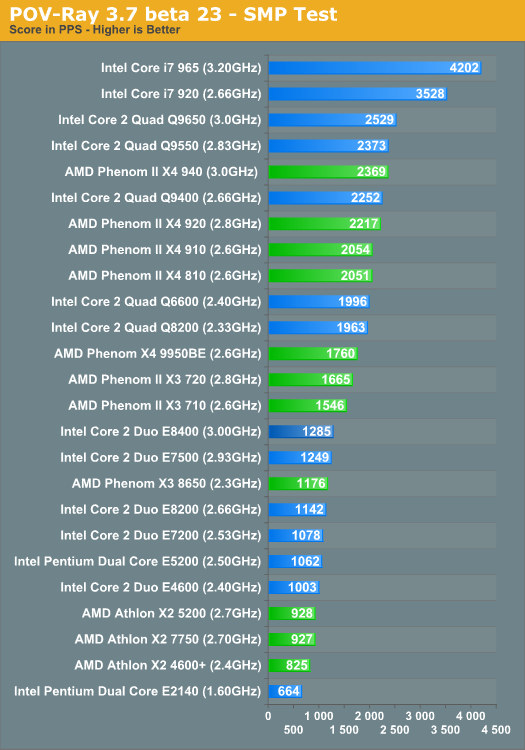 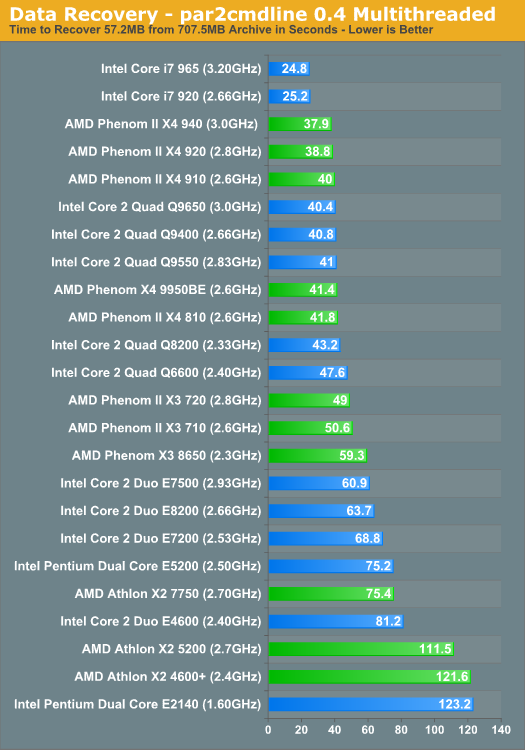 The more cores the merrier; AMD does very well in our par2 test, especially down at the X3 720 level. Nothing can touch the 8-threads of madness that is Core i7 however, but today we're talking about much lower price points.