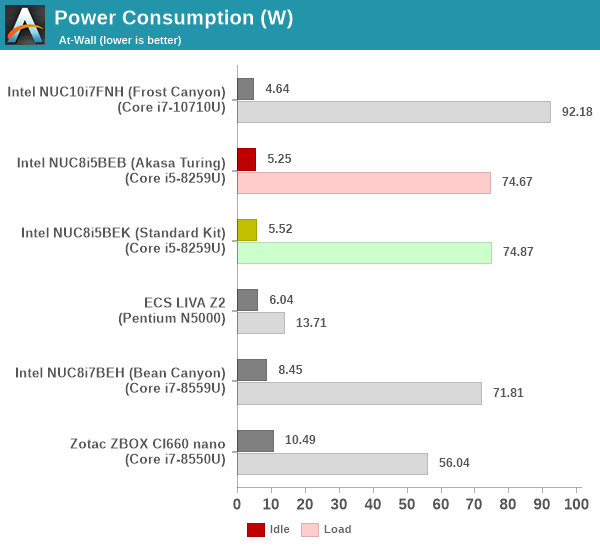 As expected, the peak and idle power consumption numbers for both configurations are in the same ballpark. The minor drop for the Turing configuration can be attributed to the absence of the cooling fan.

Our thermal stress routine starts with the system at idle, followed by four stages of different system loading profiles using the AIDA64 System Stability Test (each of 30 minutes duration). In the first stage, we stress the CPU, caches and RAM. In the second stage, we add the GPU to the above list. In the third stage, we stress the GPU standalone. In the final stage, we stress all the system components (including the disks). Beyond this, we leave the unit idle in order to determine how quickly the various temperatures in the system can come back to normal idling range. The various clocks, temperatures and power consumption numbers for the system during the above routine are presented in the graphs below. The interesting comparison here is between the behavior of the standard kit and the Turing configuration. 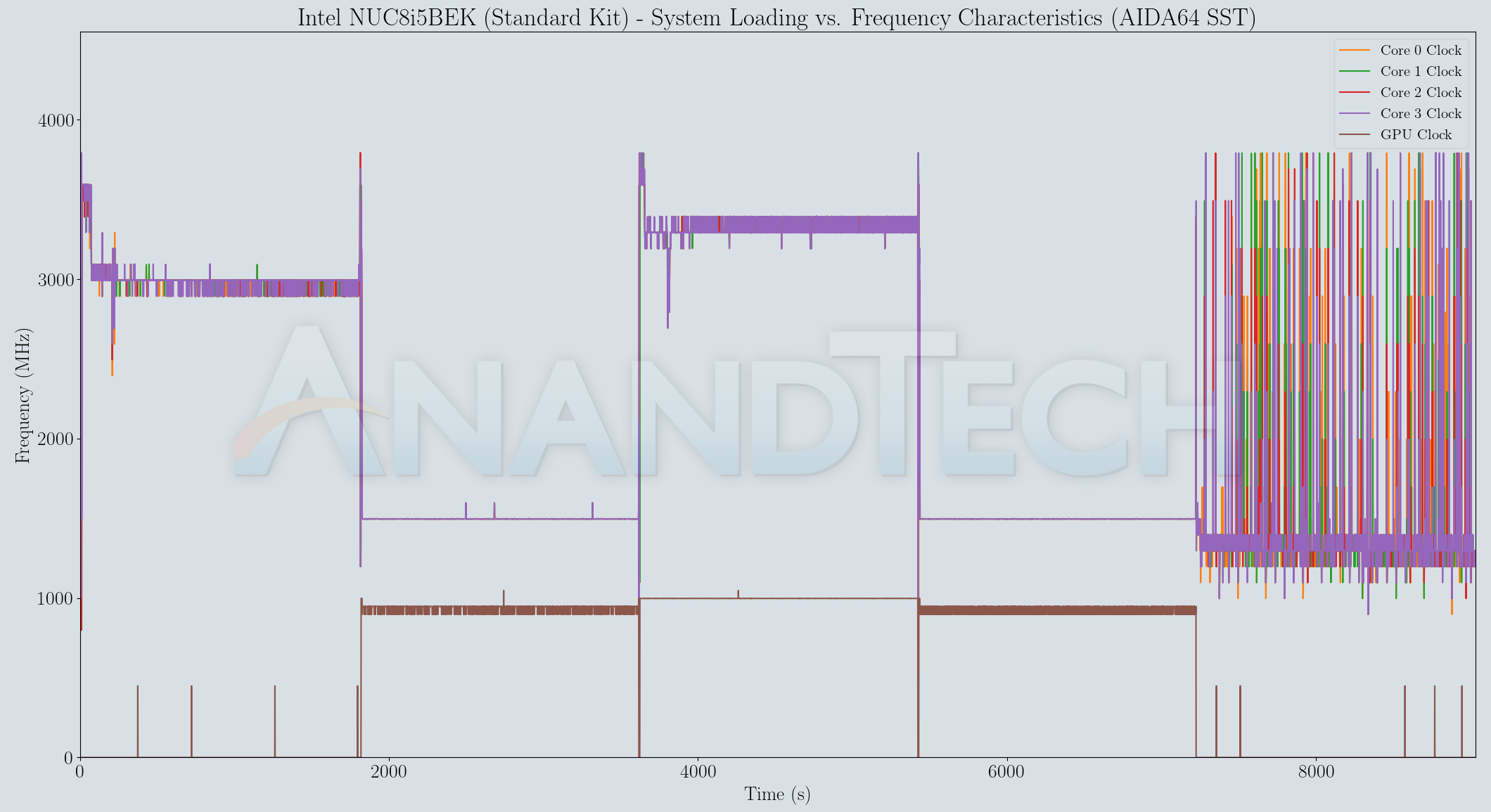 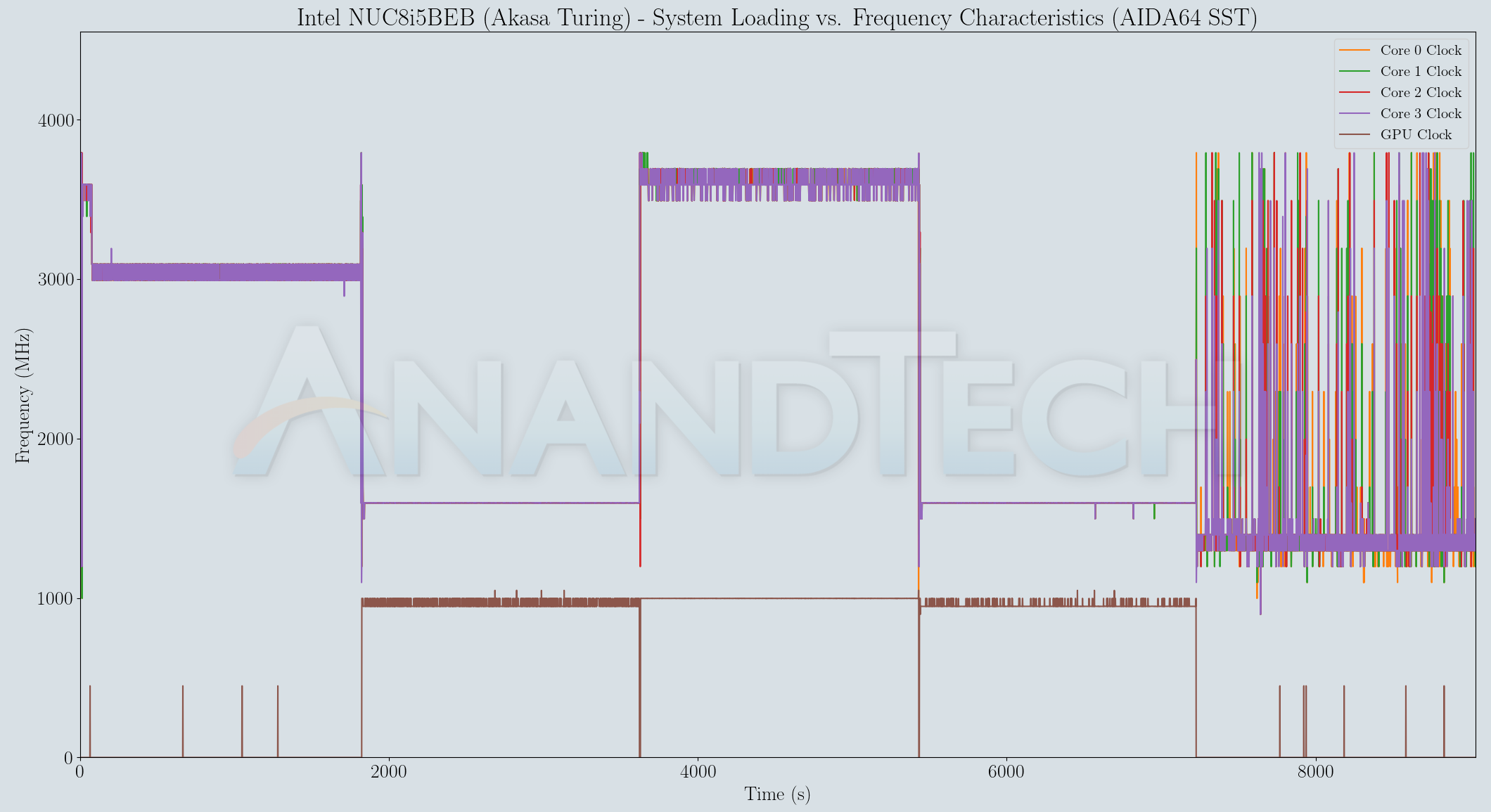 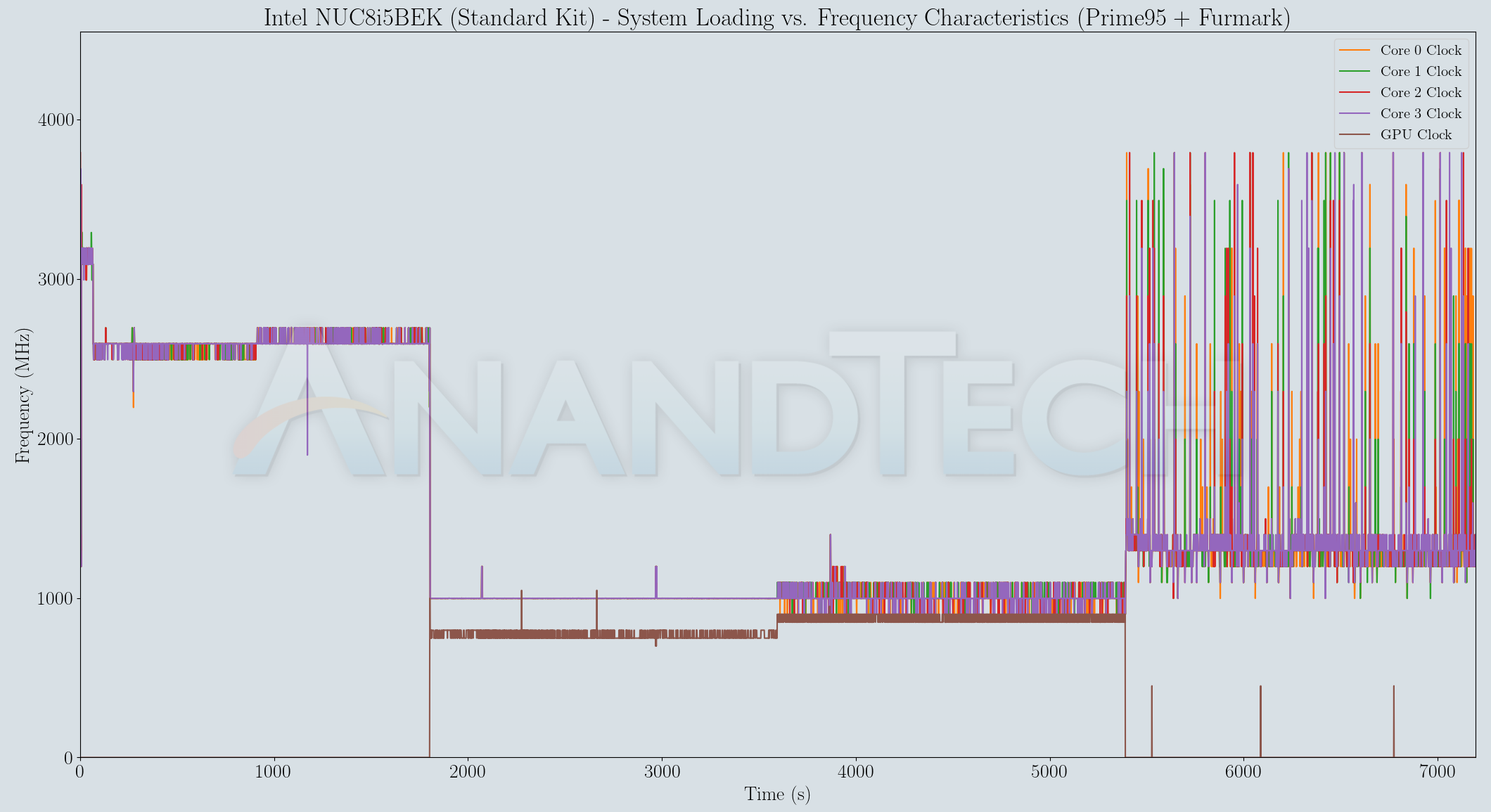 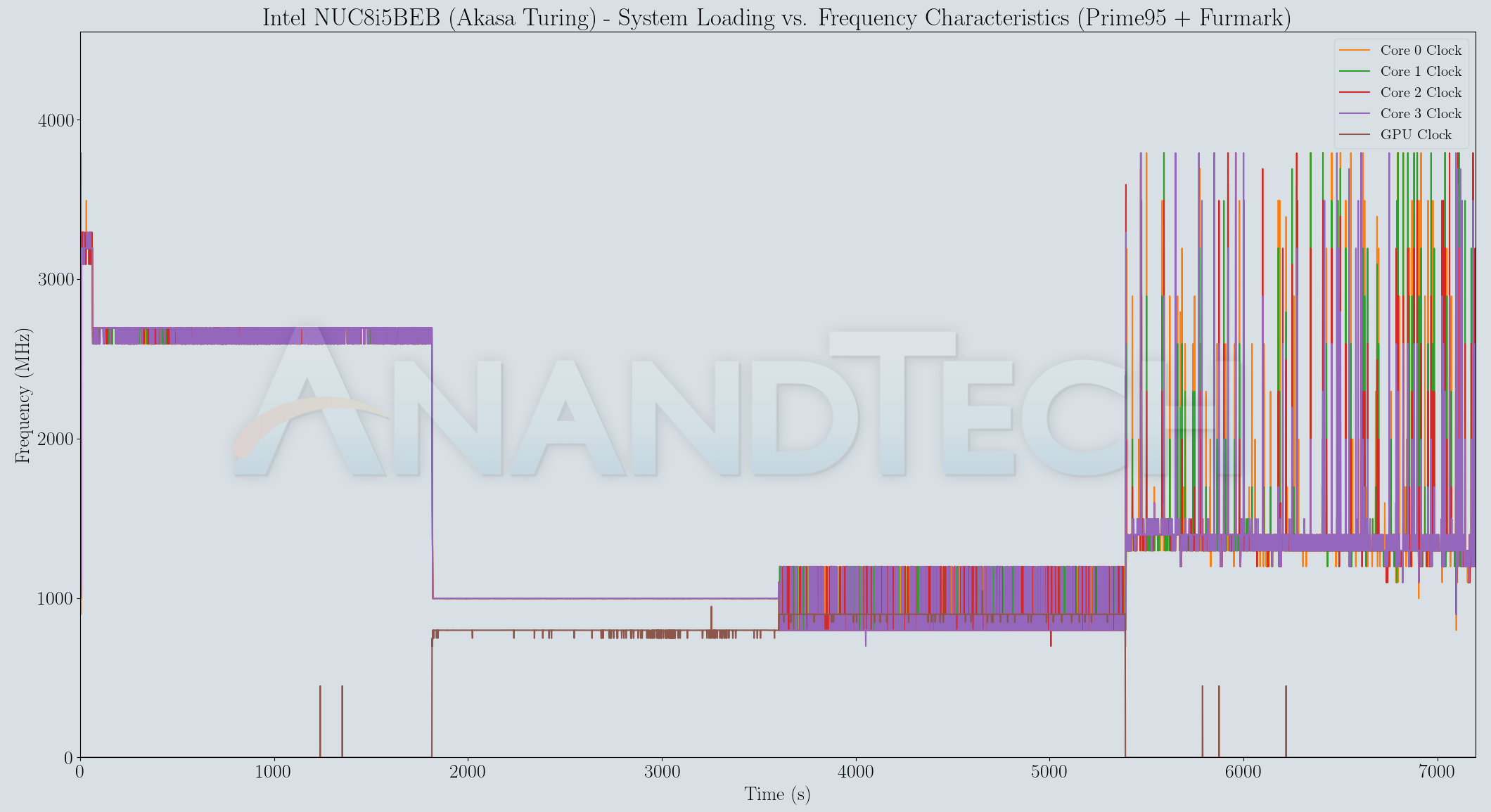 In the Prime95 case, the fanless version maintains steady frequency after the boost period, while the standard kit shows more variance around the same numbers. Once Furmark enters the picture, both the active and passive versions show similar frequency profiles for the components. The temperatures recorded during the process show the fanless version coming in at a full 10C below the actively cooled version. The larger heat sink / aluminum mass helps prevent thermal runaway of the sort happening in the standard kit (before the fan kicks in with full power to begin the cool-down). Power numbers again show slightly higher spikes in the boost zones for the standard kit.

The above results confirm the efficacy of the Akasa Turing to keep the system running at its maximum rated package power consumption numbers without thermal runaway. However, the exterior temperature may also be of concern in situations where the system is kept within touching distance. We recorded some thermal photographs of the unit using a FLIR ONE Pro camera towards the end of each of the stress test components. 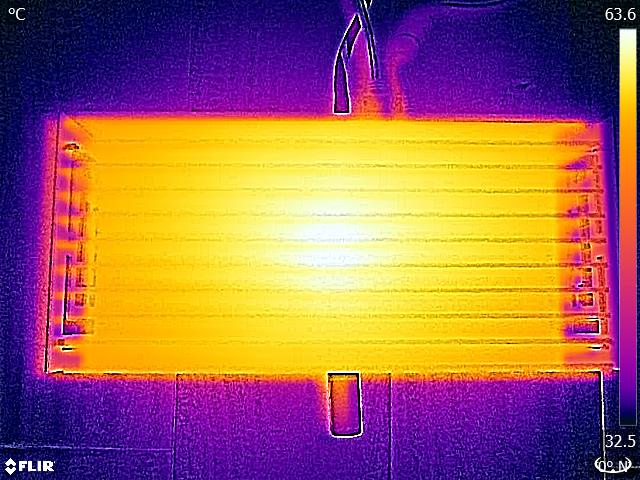 The maximum observed temperature was 66.8C deep towards the base of the heat sink fins and out of touch. 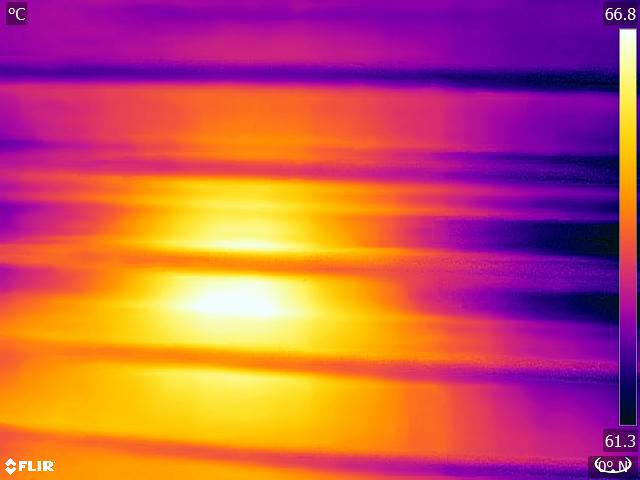 The gallery above presents more thermal photos, showing that the segments of the chassis within touching distance reach around 57C under these artificially-stressful testing conditions.