The Colorful iGame CVN Z490 Gaming Pro V20 is another ATX model at launch. It seems to be the go-to motherboard for fans of the armed forces with not military-themed models around these days, e.g. GIGABYTE Z87 Sniper G1. The iGame CVN Z490 Gaming Pro V20 has a naval theme which is based on a CVN class aircraft carrier from the American military, with an entry-level feature set. 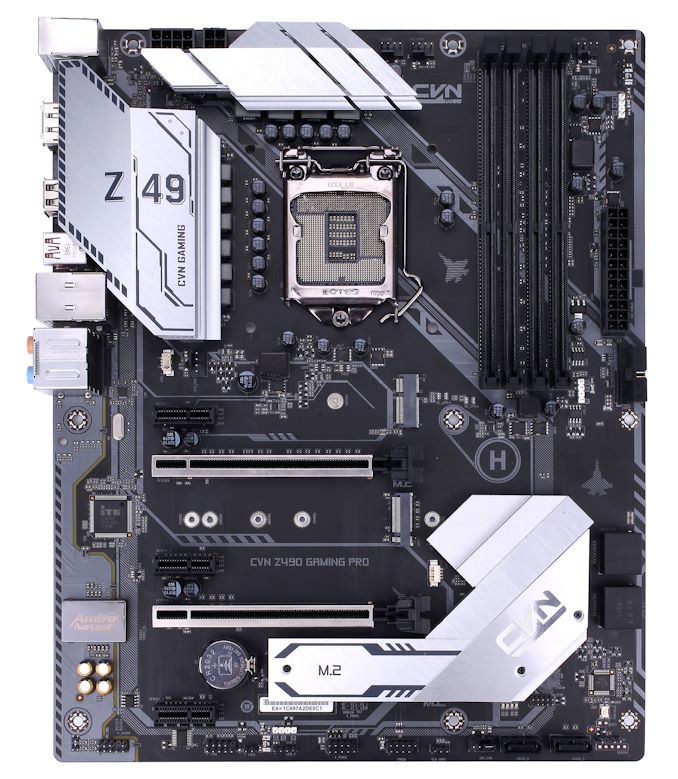 Looking at the Z490 Gaming Pro V20, it has silver heatsinks with the rear panel cover doubling up as one of two power delivery heatsinks. It has a black and grey printed PCB, with two full-length PCIe 3.0 slots which operate at x16/+4, with three PCIe 3.0 x1 slots. There are two PCIe 3.0 x4 M.2 slots, with six SATA ports with support for RAID 0, 1, 5, and 10 arrays. In terms of memory support, it has four memory slots with support for DDR4-4000, with a maximum capacity of up to 128 GB.

While it shouts bare essential, it has unique styling with its navy CVN class aircraft carrier roots. It has a budget-level spec list which is spearheaded by a pair of PCIe 3.0 M.2 slots and an advertised 10-phase power delivery. While we don’t currently have any information on pricing, it’s likely to slot into the $150-200 pricing segment.