Colorful usually targets its motherboard models for release in the Asian market. it has announced that it intends to release two ATX sized models for Intel's 10th generation processors. The first of the two is the iGame Z490 Vulcan X V20 which has an aggressive RGB inspired styling, with black and grey heatsinks, on a black and grey printed PCB. Some of its core features include two PCIe 3.0 x4 M.2 slots, six SATA ports, with an Intel 2.5 G Ethernet controller and a Realtek ALC1220 HD audio codec. 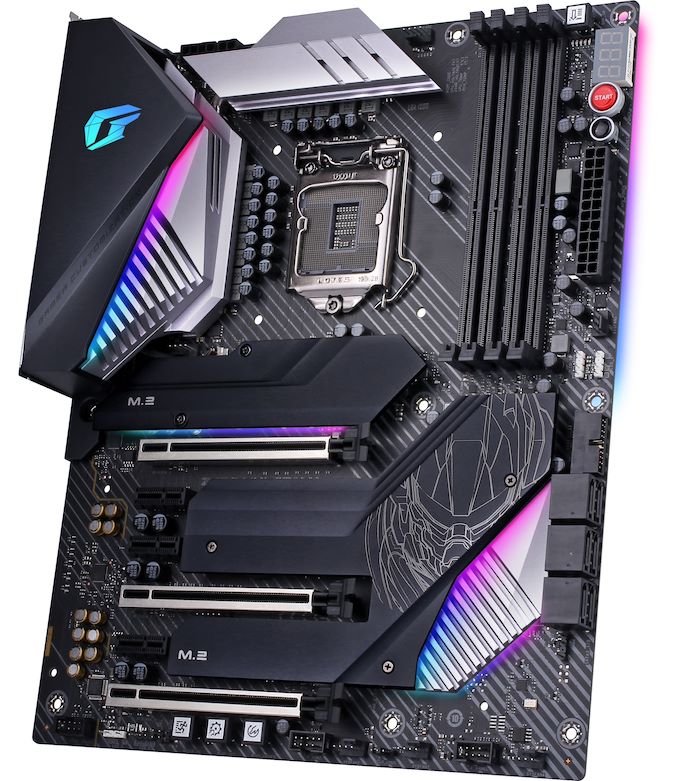 Looking at an overall view of the board, the Z490 Vulcan X V20 has plenty of integrated RGB LED lighting with zones in the rear panel cover, the chipset heat sink, underneath the top M.2 heatsink, and along the right-hand side of the board. At the bottom is three full-length PCIe 3.0 slots which run at x16, x8/x8, and x8/x8/+4, with three PCIe 3.0 x1 slots. For storage, there is two PCIe 3.0 x4 M.2 slots, with six SATA ports that support RAID 0, 1, 5, and 10 arrays. Each M.2 slot has individual heatsinks, while an overclocker's toolkit is located in the top-right hand corner. This consists of a power button, a reset button, and a three-digit LED Debugger. Colorful is advertising a 12+2 power delivery, with memory support for up to 128 GB of DDR4-4000 memory across four slots.

Overall, the Colorful iGame Z490 Vulcan X V20 looks flashy, but stylish at the same time. Colorful hasn't specified which markets this model will be released in, nor has it shared any pricing information.