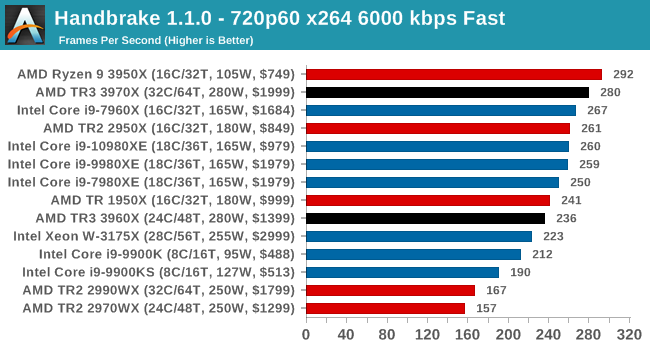 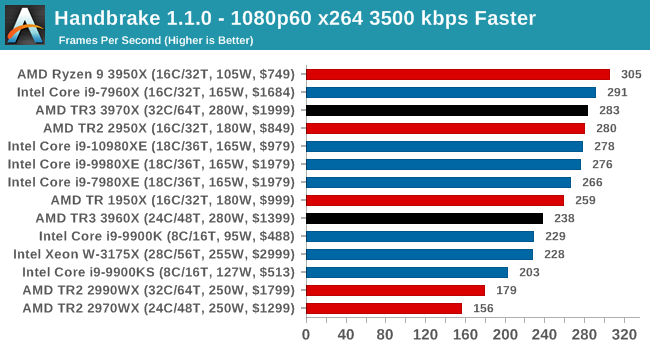 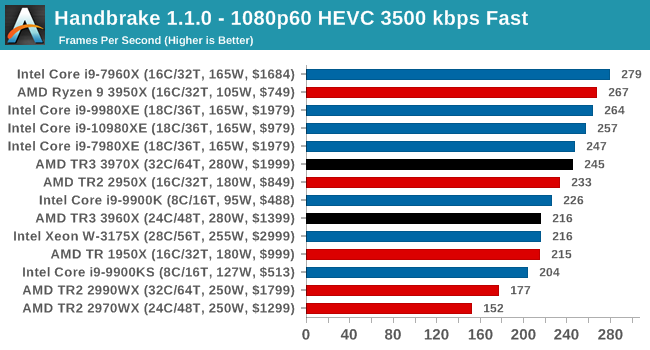 Video encoding is a little varied, based on the variable threaded nature. Certain encoding tests can be more memory sensitive here, or accelerated in different ways, or not scale well with more cores. Either way, TR3 performs a lot better than TR2, but the 3950X seems the best choice. 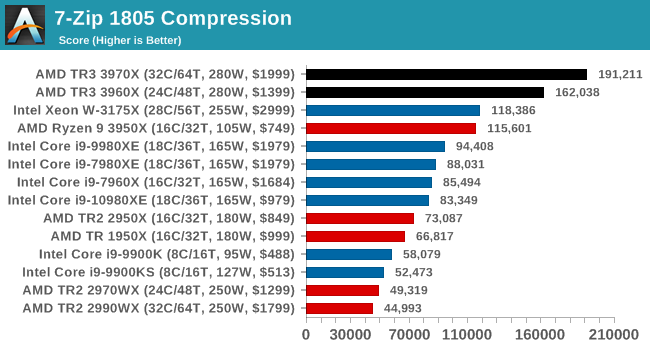 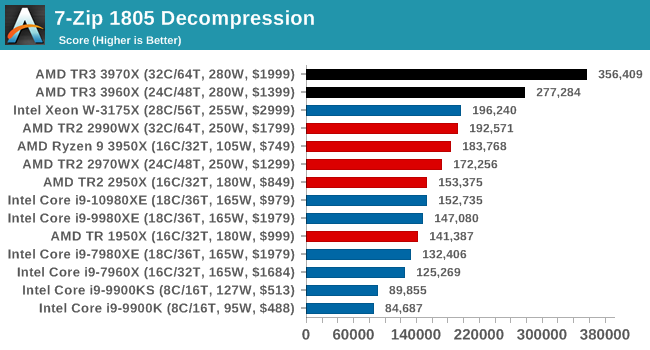 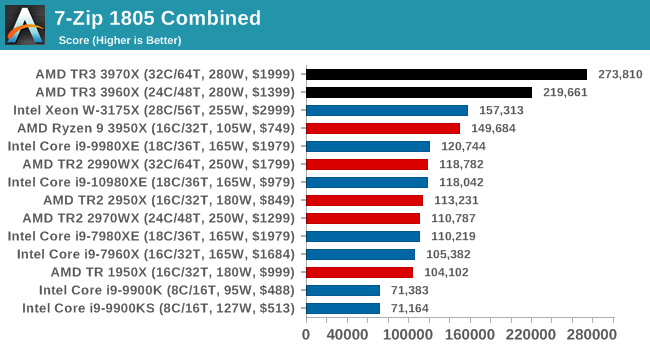 Easily parallel puts the TR3 well ahead of TR2 and Intel. 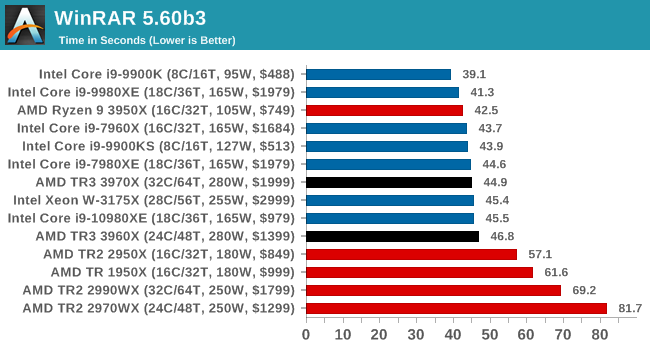 WinRAR is a variably threaded application, and both TR3 processors perform in the same ballpark as anything from Intel. Ideally we should have seen them streak ahead, but we seem to be at a point where CPU frequency or core counts are the limiting factor. At least with Zen 2, there are no issues as there was with Zen 1/Zen+. 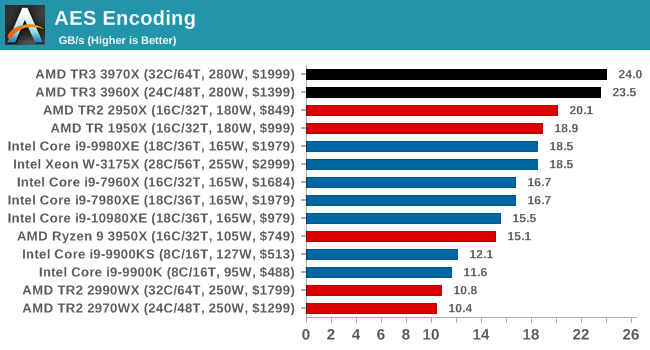