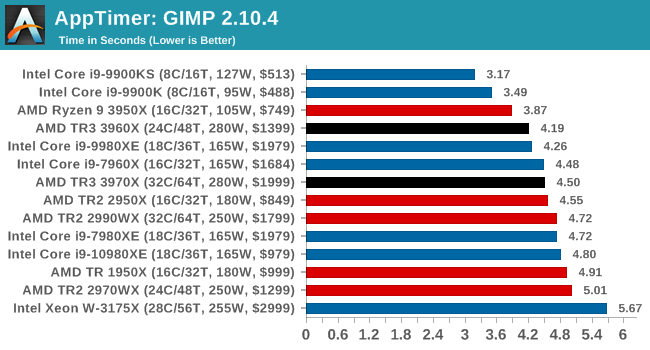 Onto our single threaded tests, and the mainstream hardware with high single thread frequencies wins here, but the 3960X is leading the rest of the pack. Intel's 28-core part here sits last, behind even the 1950X. 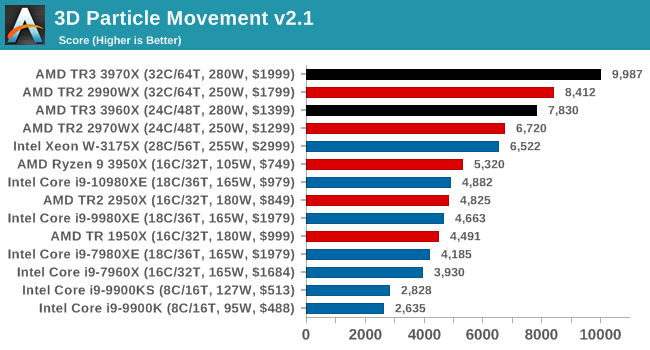 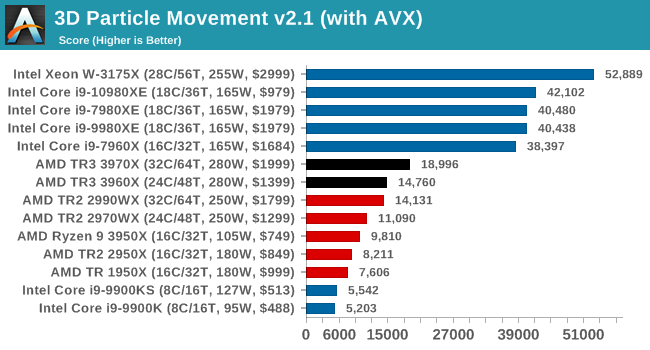 This is a workload that can be AVX512 accelerated, and this is the main instance where we can see Intel's CPUs having an advantage. 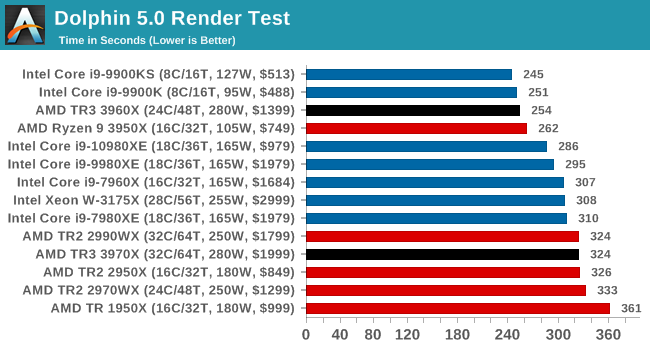 On the single threaded workloads again, and the high frequency mainstream CPUs win here. Interestingly, the 3960X also puts on a really good show, and actually beats our 3950X. Interesting. 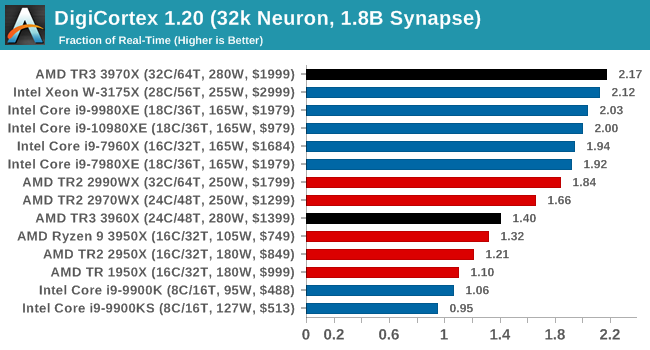 I'm surprised there's that much difference between the 3970X and 3960X here, especially with the 3960X sitting behind the TR2 processors. Might have to re-run this one to double check. But the 3970X puts out a commanding lead. 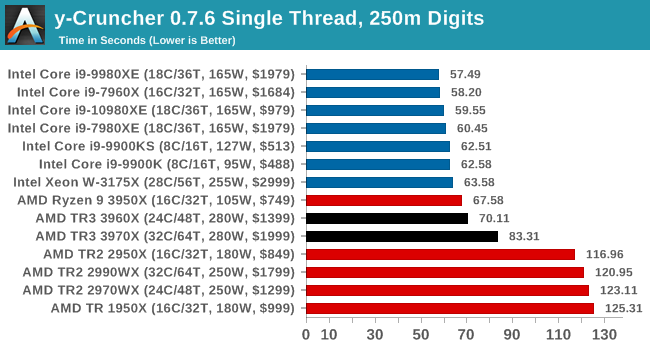 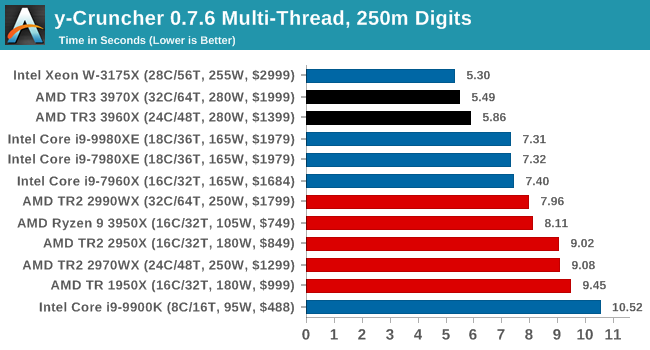 y-Cruncher is also AVX-512 accelerated, however when all the 32 threads come together in MT mode on AVX2, having that many pushes through 18 cores with AVX-512. 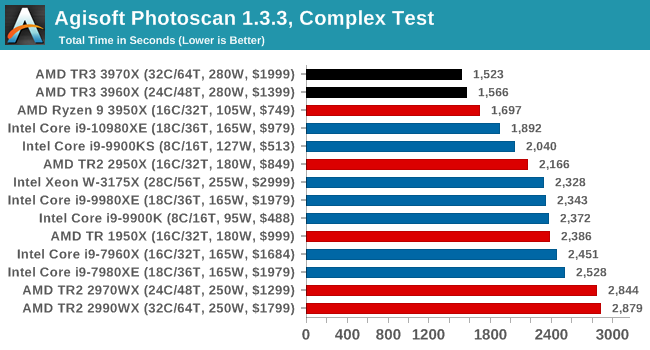 New records for Photoscan as well.