Shifting gears, we'll look at the compute and synthetic aspects of the RX 580. As this is the 3rd time we're seeing 'big' Polaris, there's nothing new to discuss, and with no other design changes we only expect to see the impact of increased clockspeeds. 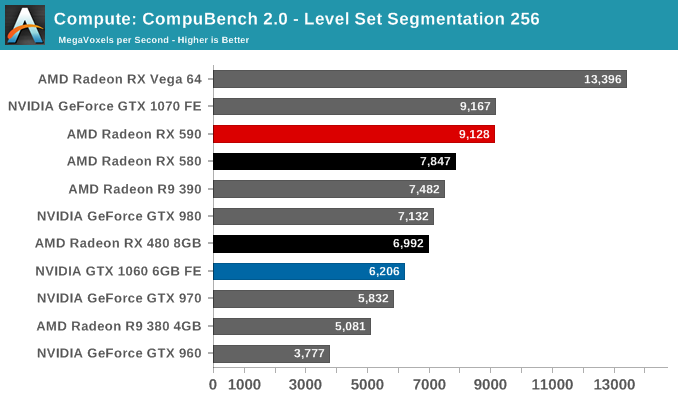 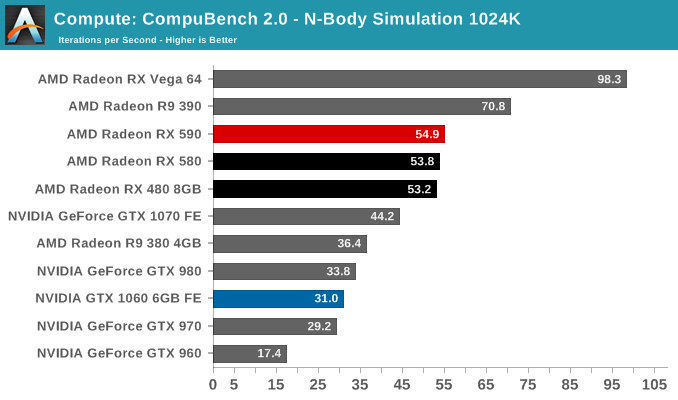 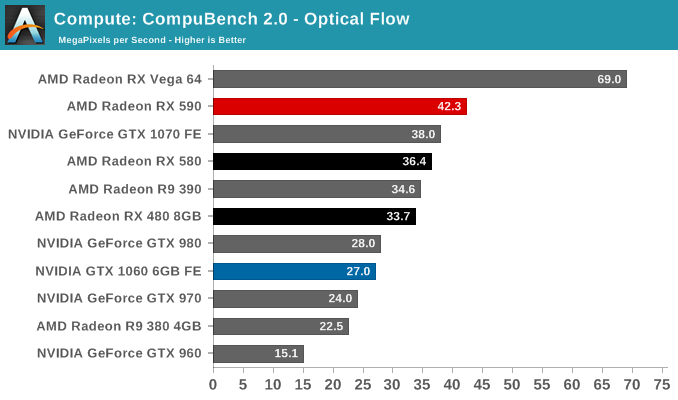 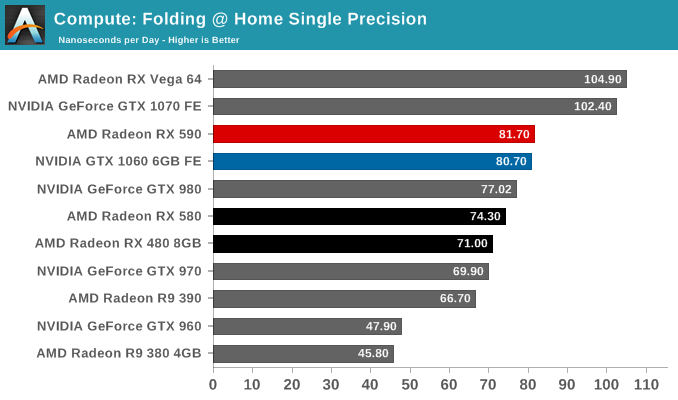 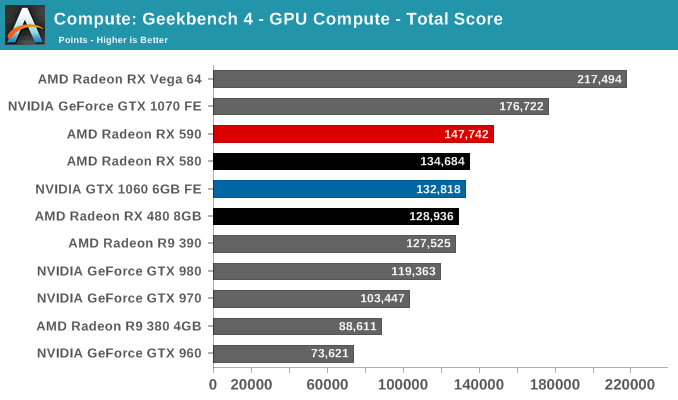 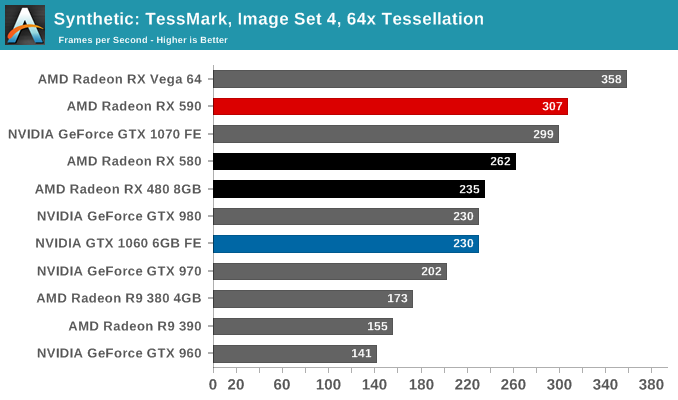 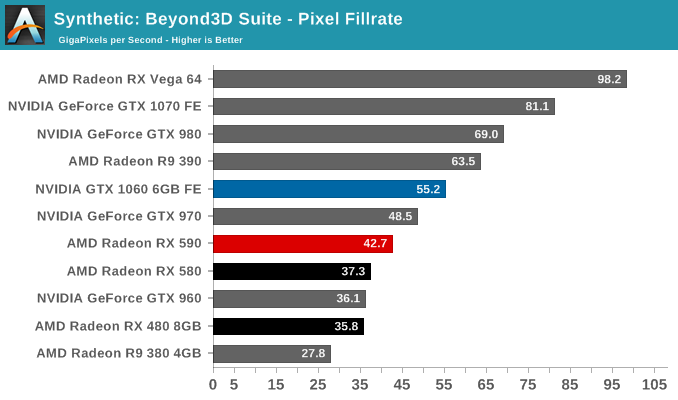 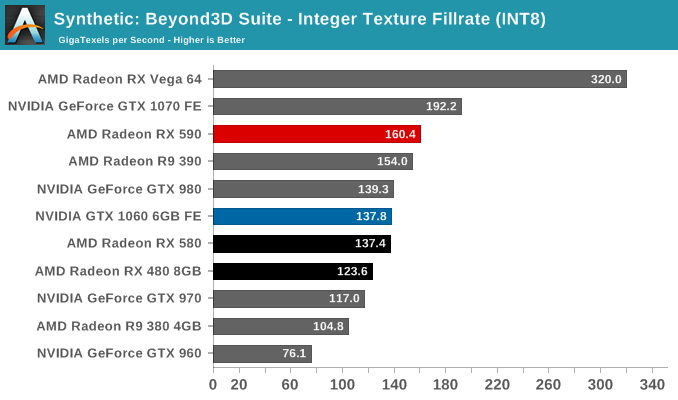