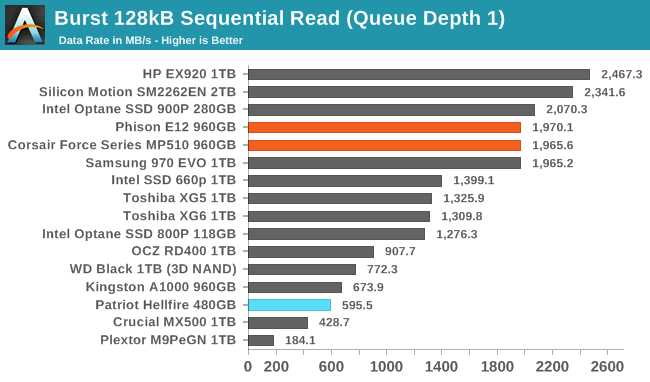 With a sequential read burst speed just shy of 2GB/s, the Corsair Force MP510 isn't the absolute fastest TLC drive on the market, but there isn't much that can beat it. 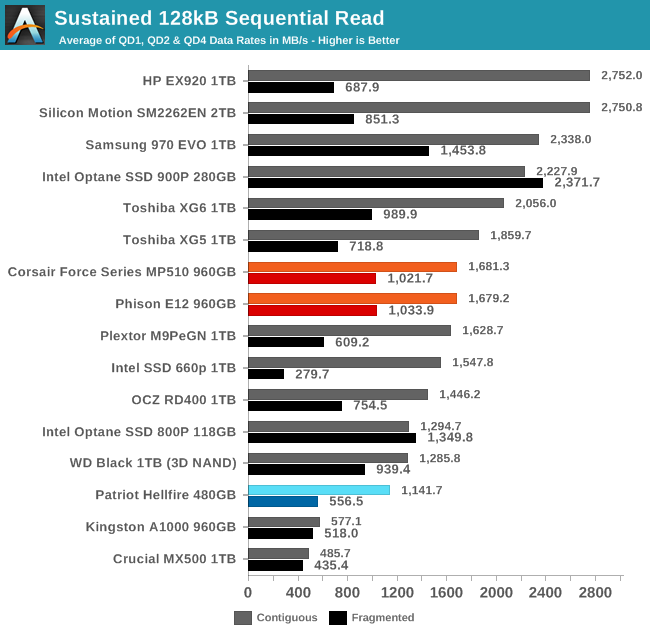 On the longer sequential read test, the MP510's standing falls and it is one of the slower drives in the current high-end NVMe segment. However, it does handle reading fragmented data better than most of its competitors.

The power efficiency of the MP510 on the sequential read test is similar to most of the other high-end competition, and the MP510 isn't setting any records.

The Corsair Force MP510 hits quite high sequential read speeds when operating with a high enough queue depth, but it doesn't scale well at lower queue depths with QD4 performance only slightly higher than QD1. 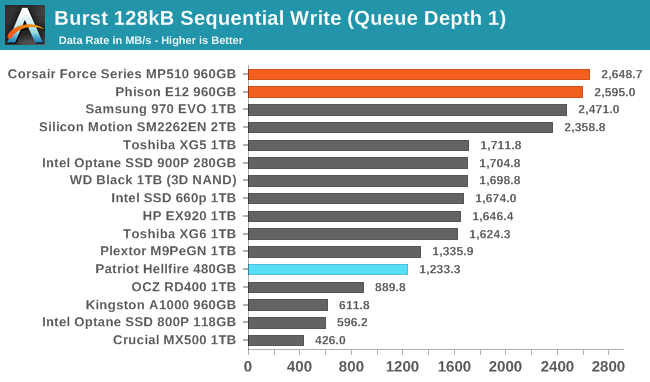 The Corsair Force MP510 handsle bursts of sequential writes just as well as it does random writes, so its SLC cache sets another record. Only a handful of drives can manage more than 2GB/s for QD1 writes, and the MP510 exceeds 2.6GB/s on this test. 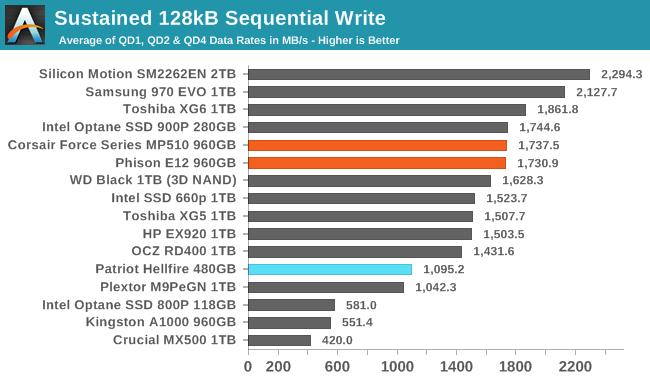 On the longer sequential write test that adds in some higher queue depths, the MP510 falls out of first place but stays in a fairly high performance tier.

The power efficiency of the MP510 during sequential writes is well below what the BiCS TLC NAND can manage when paired with Toshiba's controller, but still above average when considering the broader field of competition.

The Corsair Force MP510 shows unsteady performance during the sequential write test, indicating that the very fast SLC write cache does fill up and that can have a significant but temporary impact on performance. At its worst, the MP510 is still handling more than 1GB/s of writes on average, so filling up the SLC cache doesn't ruin performance.