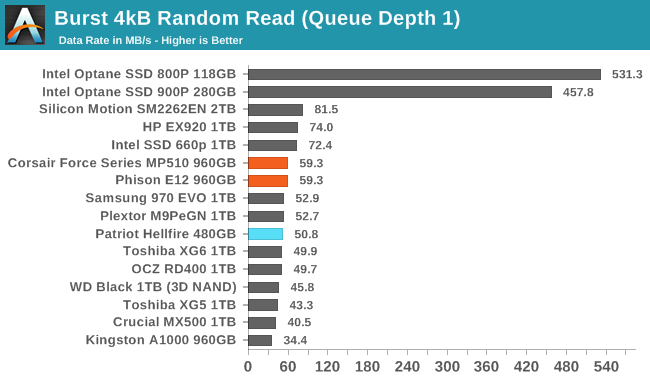 The Corsair Force MP510 can't match the burst random read performance of a Silicon Motion controller paired with IMFT 64L 3D TLC, but the MP510 has the fastest random reads of any drive using Toshiba/SanDisk BiCS TLC and it also beats the Samsung 970 EVO. 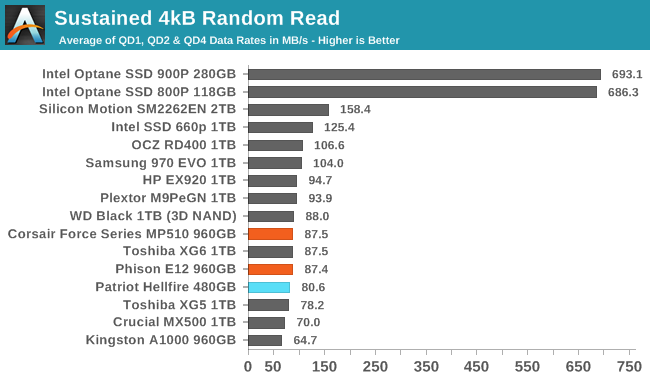 On the longer random read test that adds some higher queue depths, the MP510's performance standing falls somewhat as the Samsung 970 EVO and a few other drives with BiCS TLC overtake it, while Silicon Motion drives retain a commanding lead.

The power efficiency of the MP510 during random reads is reasonable but is about 15% worse than what WD and Toshiba can do using their own controllers with this NAND.

The MP510 may not provide the best random read performance at low queue depths, but its performance does scale up nicely when the queue depth continues to grow. By QD32 it is delivering over 800MB/s with a little more than 3W and showing no sign of approaching a performance ceiling; Phison's plans for enterprise drives based on this controller seem to have merit. 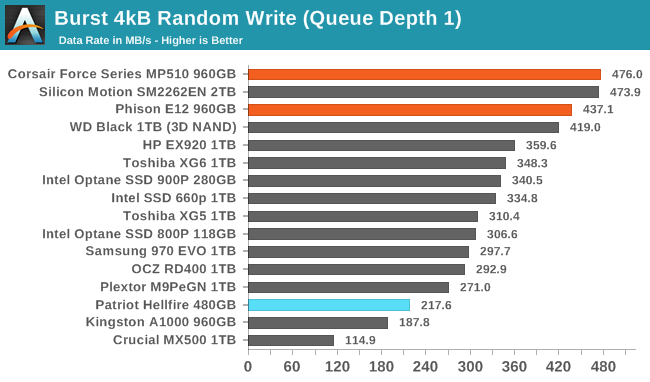 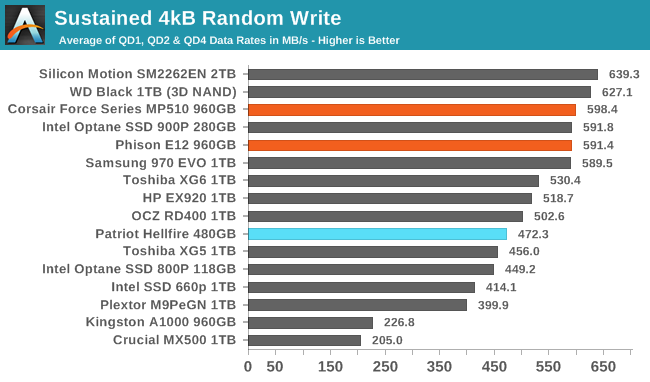 On the longer random write test, the Corsair MP510 loses the lead but stays in the top tier of high-performing drives.

The power efficiency of the Corsair Force MP510 during random writes is a bit better than average for NVMe drives, but significantly worse than what Toshiba and WD can do by pairing the same NAND with their own controllers. The WD Black manages this substantial efficiency advantage wil also slightly outperforming the MP510.

Like many of its closest competitors, the Corsair Force MP510's random write speed is saturated by QD4, but it plateaus well below the limit of the WD Black, which doesn't require any more power than the MP510.