The ASRock DeskMini Z370 GTX1060 was evaluated using our standard test suite for SFF gaming PCs. Not all benchmarks were processed on all the machines due to updates in our testing procedures. Therefore, the list of PCs in each graph might not be the same. In the first section, we will be looking at SYSmark 2014 SE, as well as some of the Futuremark benchmarks. 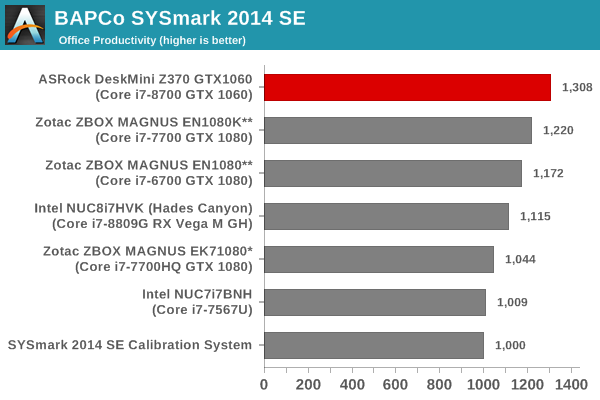 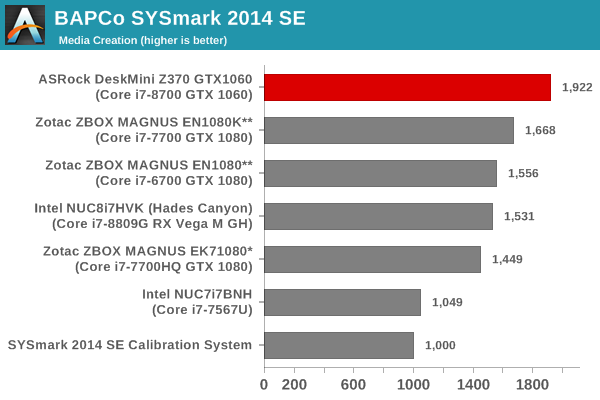 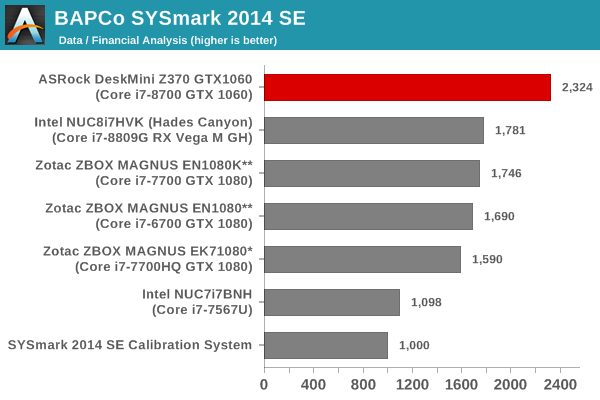 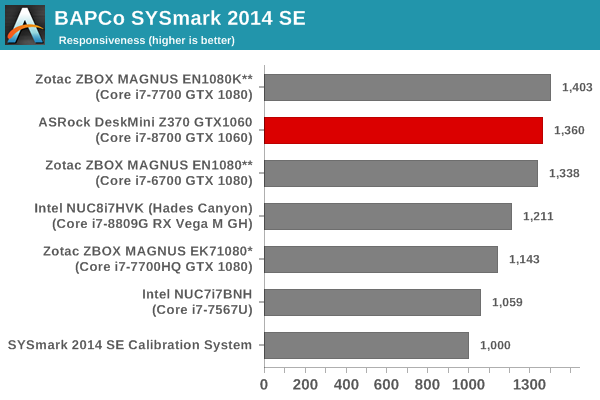 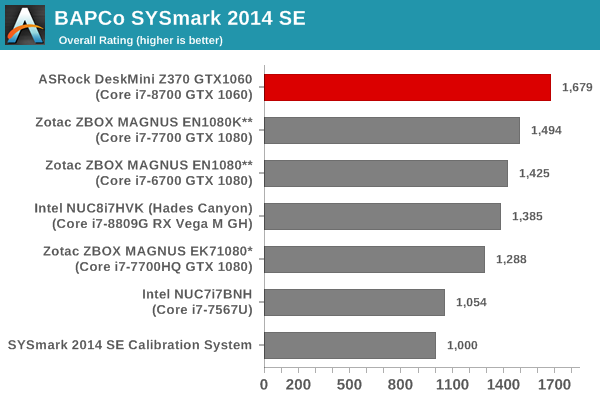 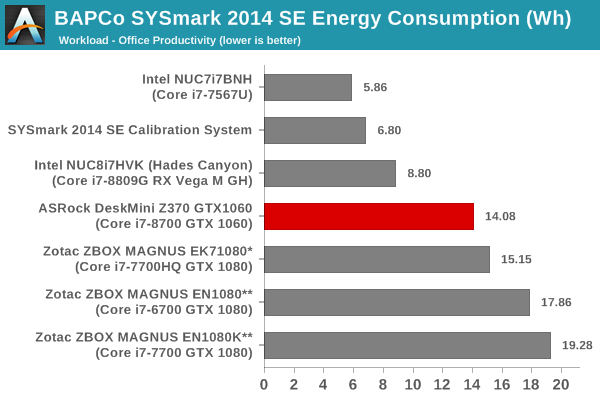 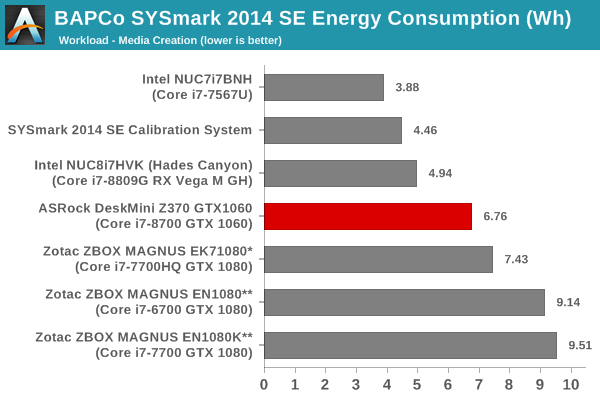 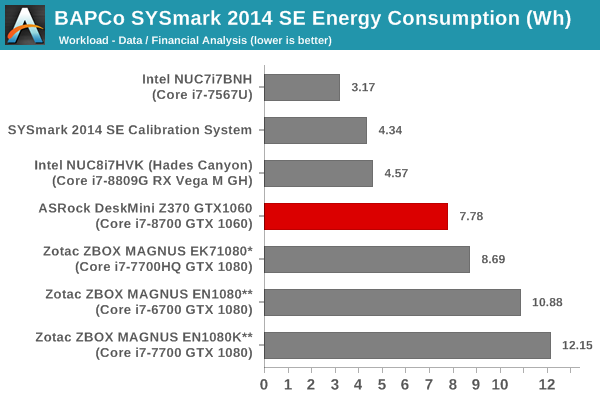 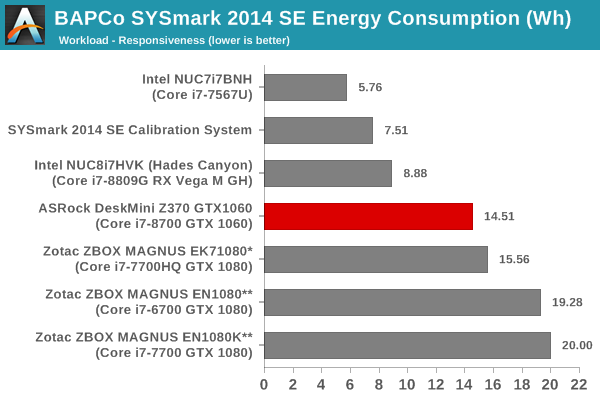 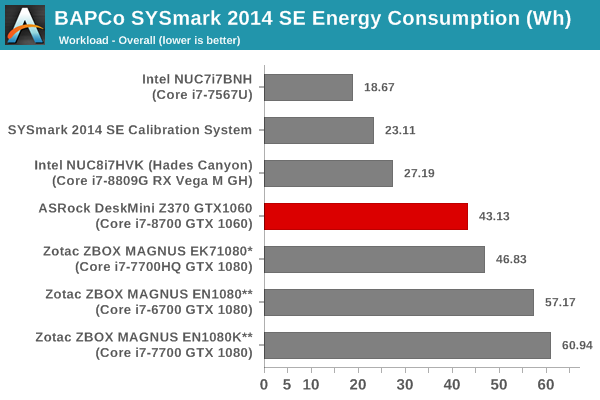 As expected, the hexa-core Core i7-8700 equipped machine has no trouble emerging on top in almost all scenarios, despite the impacts of the Spectre and Meltdown fixes that don't impair some of the other machines. It comes a close second in the responsiveness scenario, only just beten by a configuration with an arguably better SSD and without the Meltdown / Spectre patches. In terms of energy consumption, the GTX1060 is greener than the GTX1080, and that helps the DeskMini Z370 to come in the middle of the pack.

UL's PCMark 10 evaluates computing systems for various usage scenarios (generic / essential tasks such as web browsing and starting up applications, productivity tasks such as editing spreadsheets and documents, gaming, and digital content creation). We benchmarked select PCs with the PCMark 10 Extended profile and recorded the scores for various scenarios. These scores are heavily influenced by the CPU and GPU in the system, though the RAM and storage device also play a part. The power plan was set to Balanced for all the PCs while processing the PCMark 10 benchmark. Here, we see that the lack of the Metldown / Spectre patch in the Zotac EN1080K helps it come out on top. The DeskMini Z370 doesn't have the power budget sharing between the CPU and GPU that is possible in the Hades Canyon NUC. These two aspects make the DeskMini Z370 appear in the top 3, yet, not on top in any workload. 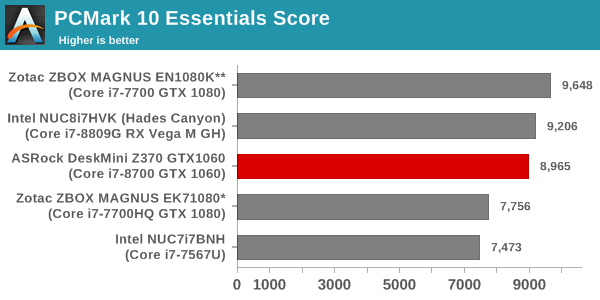 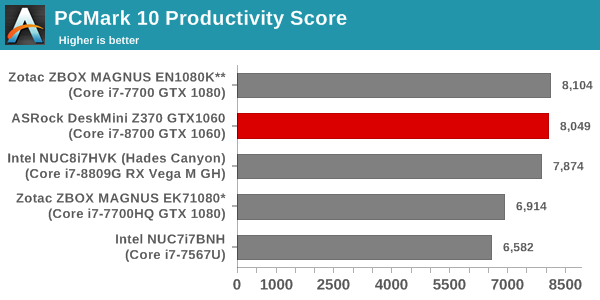 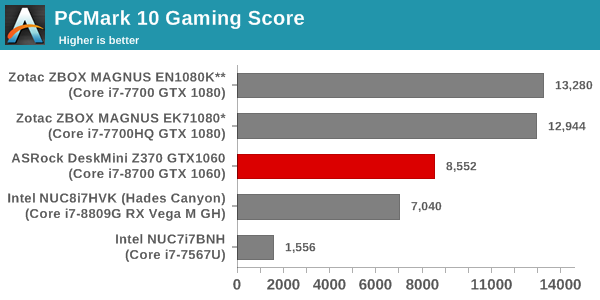 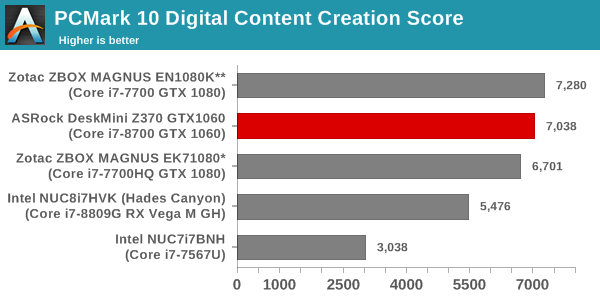 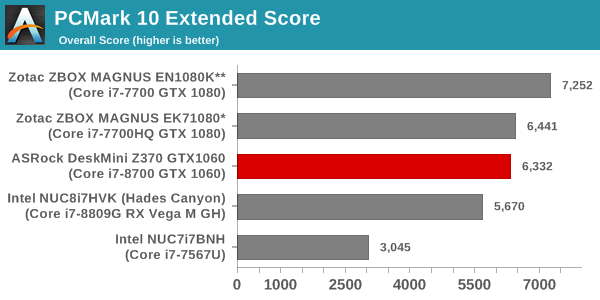 We continue to present PCMark 8 benchmark results (as those have more comparison points) while our PCMark 10 scores database for systems grows in size. PCMark 8 provides various usage scenarios (home, creative and work) and offers ways to benchmark both baseline (CPU-only) as well as OpenCL accelerated (CPU + GPU) performance. We benchmarked select PCs for the OpenCL accelerated performance in all three usage scenarios. These scores follow the same pattern seen in the PCMark 10 results. 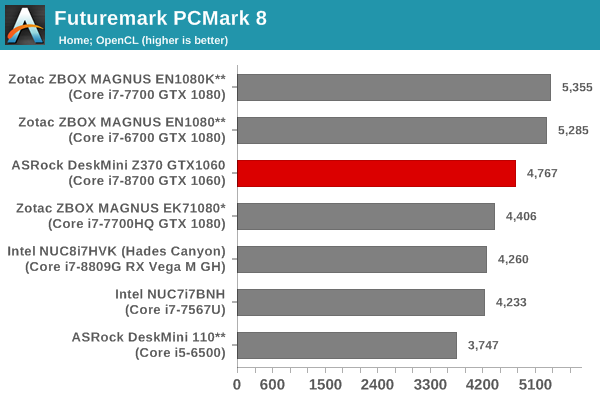 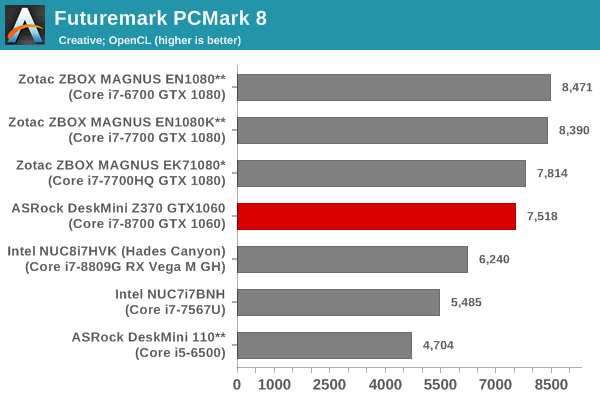 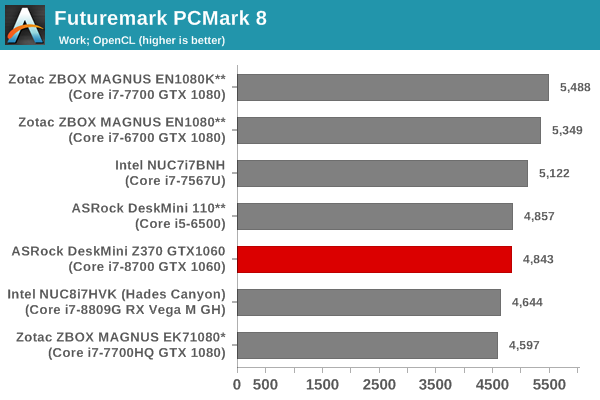 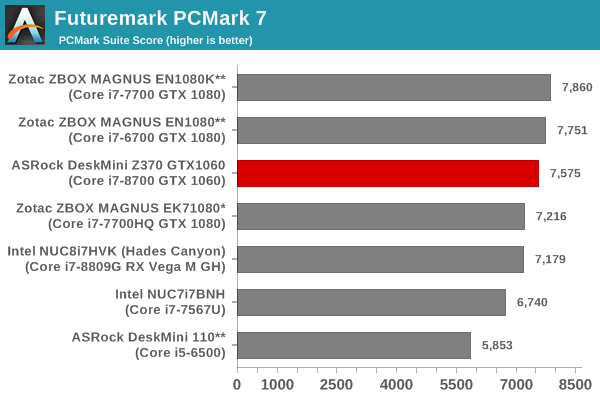 We have moved on from R11.5 to R15 for 3D rendering evaluation. CINEBENCH R15 provides three benchmark modes - OpenGL, single threaded and multi-threaded. Evaluation of select PCs in all three modes provided us the following results. Here, we see the hexa-core CPU come out on top, as expected. 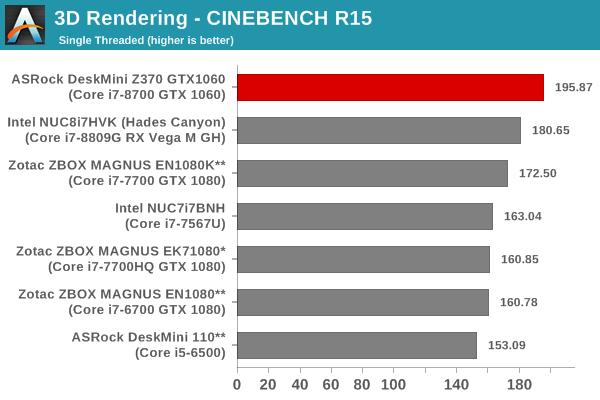 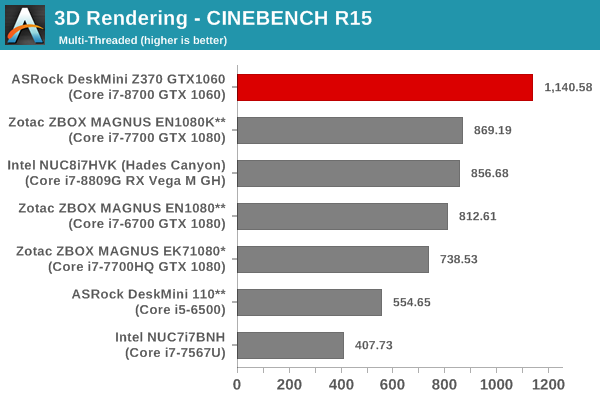 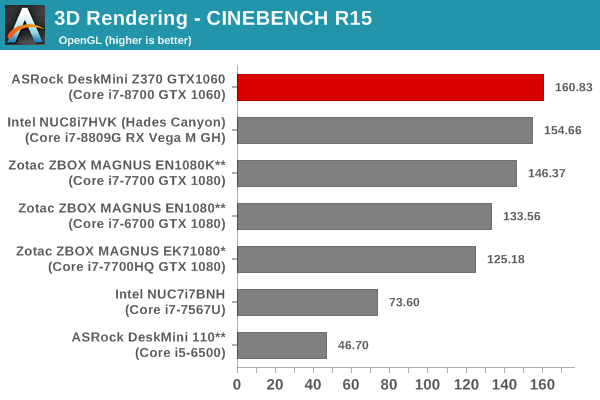