First off, we have some video encoding benchmarks courtesy of x264 HD Benchmark v5.0. This is simply a test of CPU performance. As expected, the hexa-core CPU helps the DeskMini come out on top in this multi-threaded workload. Recent releases of the x264 benchmark can show even more impressive gains, as they make use of the latest and greatest features of the modern Intel processors. 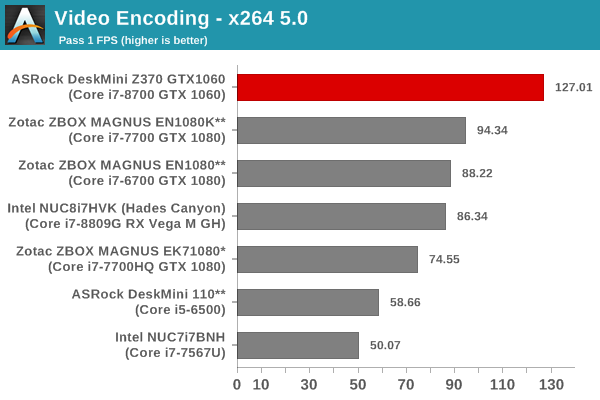 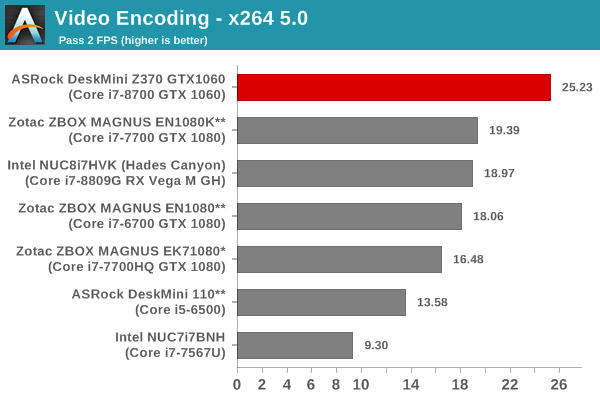 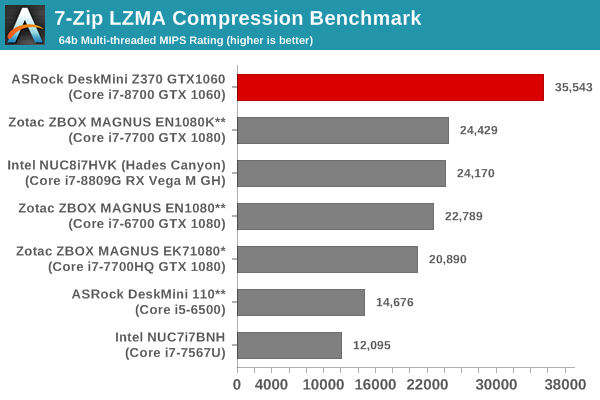 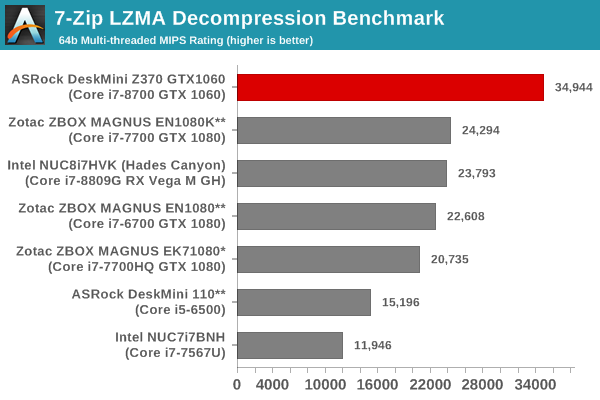 As businesses (and even home consumers) become more security conscious, the importance of encryption can't be overstated. CPUs supporting the AES-NI instruction for accelerating the encryption and decryption processes have become more widespread over the last few years. TrueCrypt, a popular open-source disk encryption program can take advantage of the AES-NI capabilities. The TrueCrypt internal benchmark provides some interesting cryptography-related numbers, and we graph the AES benchmark mean in the graph below. It gives an idea of how fast a TrueCrypt volume would behave in the ASRock DeskMini Z370 GTX1060 and how it would compare with other select PCs. This is a purely CPU feature (core count) / clock speed based test, and it is no surprise that the hexa-core machine surpasses the other systems easily. 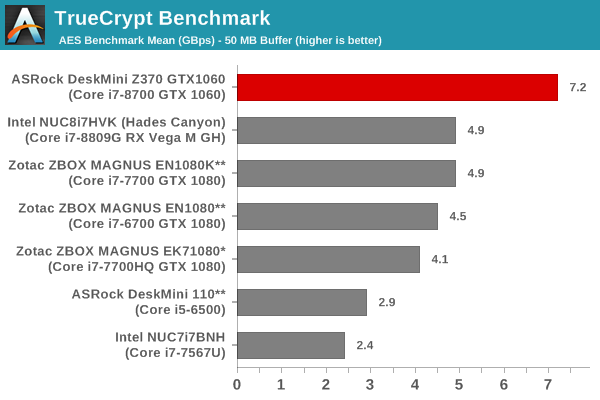 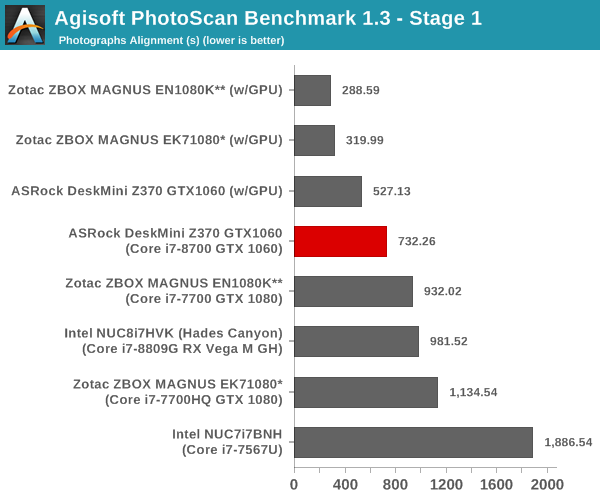 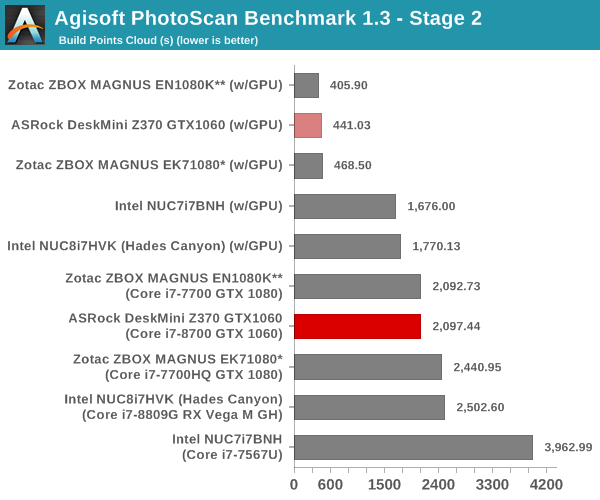 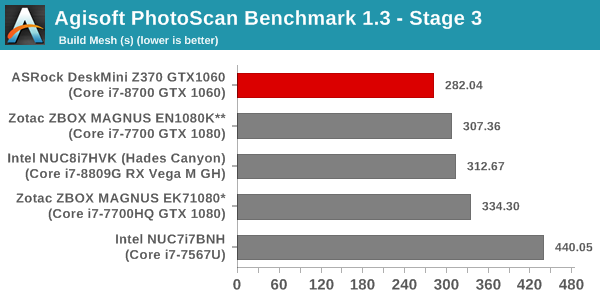 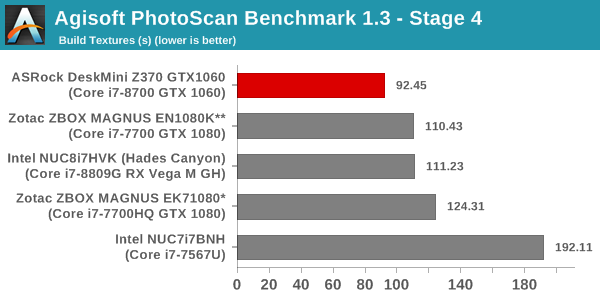 In the CPU-bound stages, the DeskMini Z370 comes out on top easily. In the other stages, it is only slightly edged out by the GPU acceleration from the GTX 1080-equipped PCs.

Wrapping up our application benchmark numbers is the new Dolphin Emulator (v5) benchmark mode results. This is again a test of the CPU capabilities, and the DeskMini Z370 comes out on top easily.