The Fall Creators Update also brings some interesting new developments in the interaction with Windows itself. There’s now the ability to control Windows 10 with your eyes, using Eye Control beta, a much improved screen reader, and improved dictation support, all in an effort to make Windows more accessible. 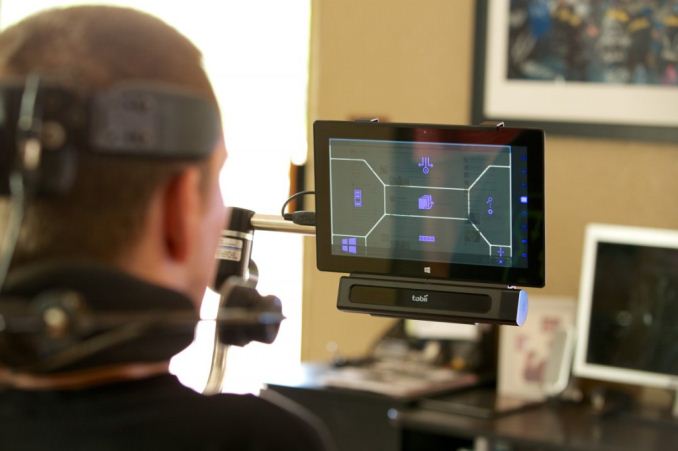 If anyone has had a chance to try out a system with the Tobii Eye Tracker, it’s a very interesting camera system that can accurately track your eyes, displaying exactly where you are looking. This has been leveraged on gaming PCs as not only a way to allow faster interactions, but for training as well, since you can review your footage and see where you were looking during the game. Microsoft has added this technology support into Windows to allow people with disabilities to operate an onscreen mouse, keyboard, and text-to-speech, using their eyes. 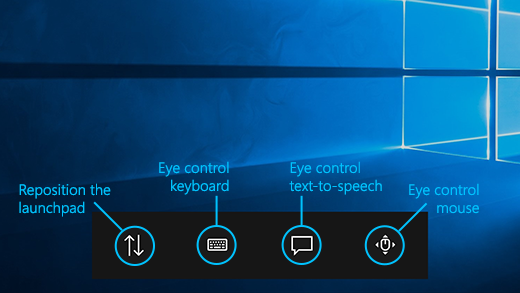 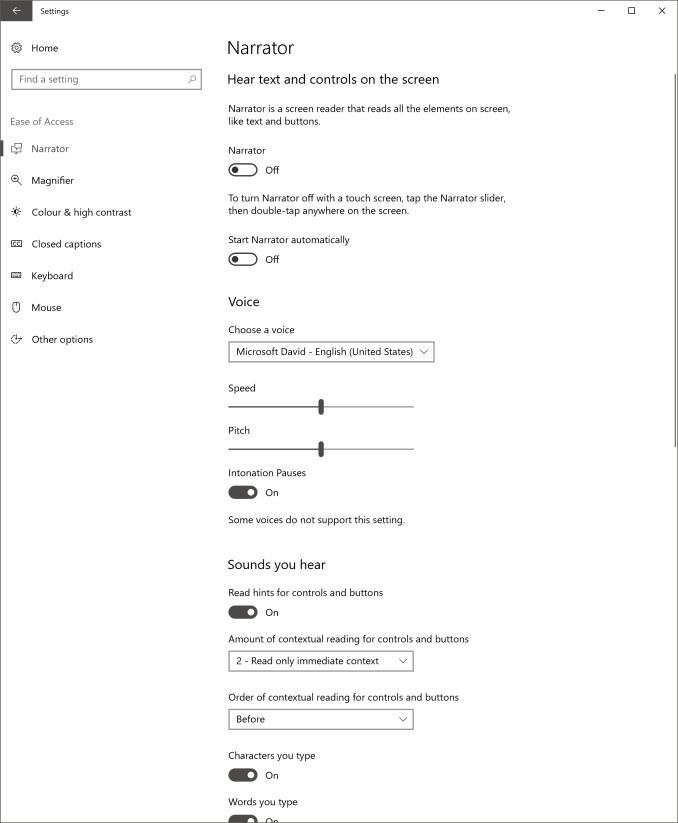 For visually impaired people, Narrator has been improved using Microsoft Cognitive Services, meaning the Narrator program can generate image descriptions for images that are not accompanied by text. 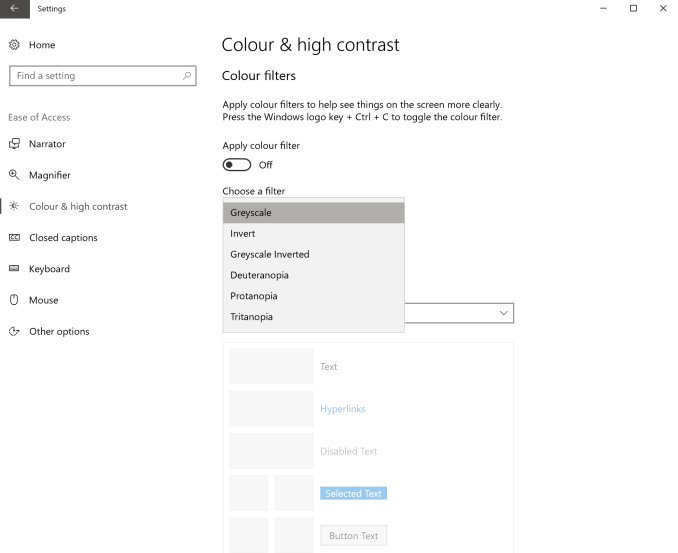 Color vision deficiency, or color blindness, is a condition that affects many people. With the Fall Creators Update, Microsoft has added the ability to apply filters to Windows to improve the experience of using a computer for people that suffer from this condition. They’ve added five filters to cover the various types of color blindness. 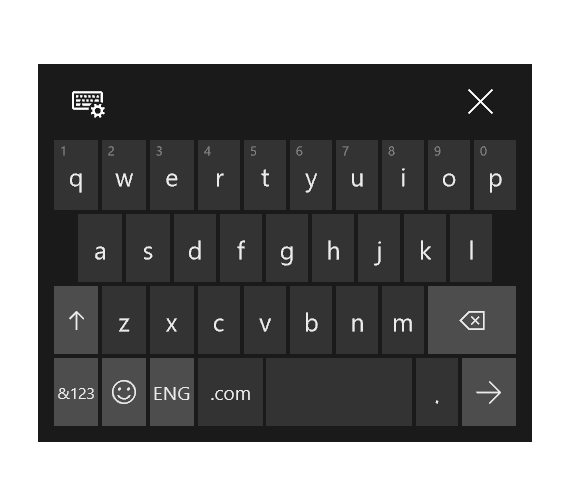 Even though Windows 10 Mobile always had a great swipe keyboard, the desktop OS was always saddled with a hunt and peck touch based keyboard. With the Fall Creators Update, you can now choose the swipe keyboard when in touch mode by pressing the keyboard icon in the top left of the touch keyboard. The new Swipe keyboard is practically identical to the Windows 10 Mobile one, and that’s not a bad thing. It has word prediction as well. It does have a drawback in that it is size constrained, so it’s a bit odd looking on a larger display, but should be an improvement over the original keyboard to anyone that prefers a swipe style, which should be everyone by this point.

If you love Emoji, there’s a new Emoji picker as well, which can be accessed with Win + Period or Semicolon. 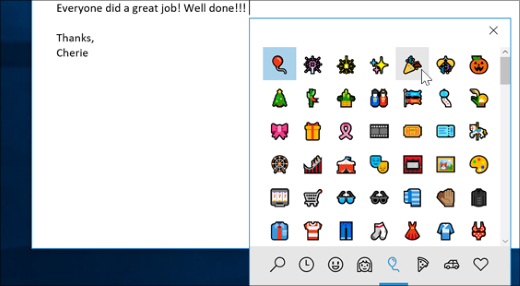 However, it’s currently only available to people with their region set to the USA, which is unfortunately an incredibly common problem for users outside of the USA, such as myself. Even though Microsoft is a global company, then tend to region restrict random things for no apparent reason, and this is one of them. 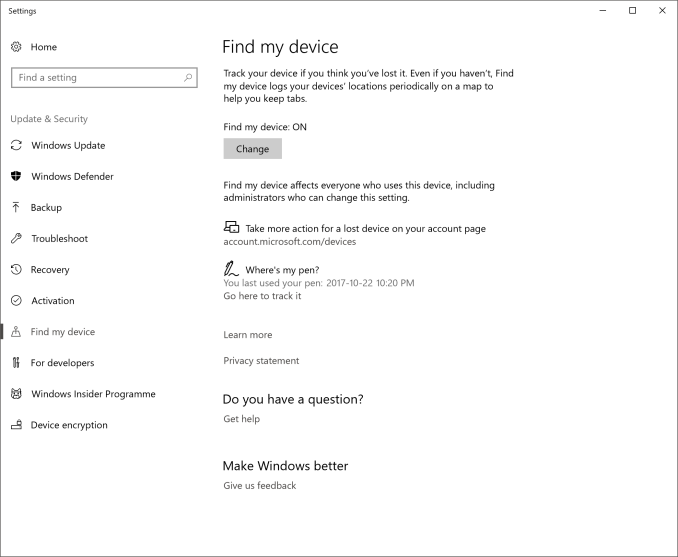 Pen interaction has been a feature that Microsoft has promoted for some time, however losing your pen can be a bit of a pain. To help with lost pens, Windows 10 will now track your pen based on where it was used with your PC last. Pens don’t have built-in GPS, unlike phones, or other devices, so this is the best compromise available. With the cost of a digital pen being what it is, even helping once will make this feature worth it.