I’ll admit, I’m a heavy user of OneDrive. It was a tough pill to swallow when Windows 10 launched and removed the support for OneDrive placeholders that arrived with Windows 8.1. Placeholders allowed you to see your entire OneDrive collection, even if it wasn’t downloaded to your PC, and then if you needed a file, you could double click it to download and open. It’s a simple concept, but the original implementation had some issues. Some of the issues were end-user related, such as people not understanding a file they had access to at home might not be available to them on an airplane, and some of them were app issues with the extended delays that might occur when waiting to download a file.

With the new Files on Demand, hopefully that is all fixed. First off, there’s a new setting in the OneDrive app in the system tray that enables and disables this functionality. 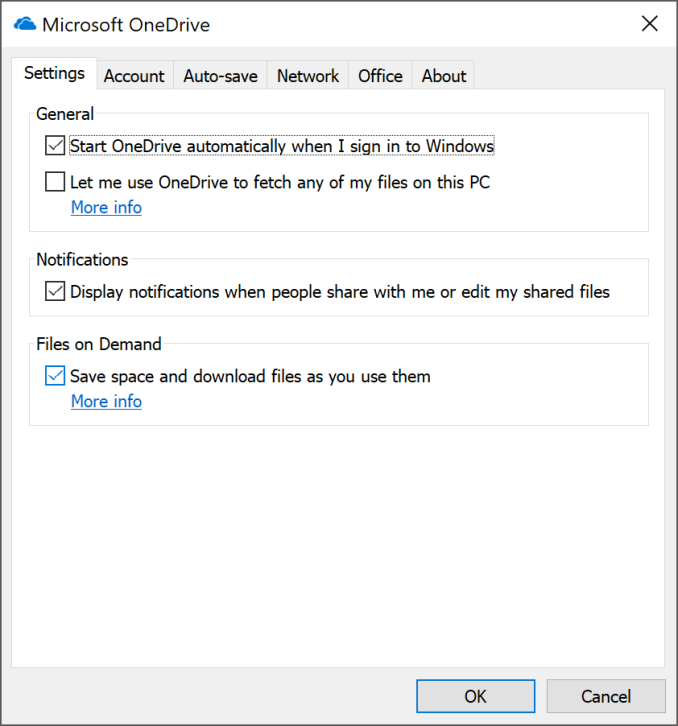 If you really prefer to just have everything downloaded, you can keep the original Windows 10 method where only folders you explicitly say to sync are downloaded. If you want Files on Demand, you have to check the box.

Once checked, files in OneDrive will gain a new status icon to display if they are online or downloaded. As I quickly found out though, it’s a bit confusing, in that OneDrive will still only display folders that you have told it to display in the Select Folders settings. So even if you have 10,000 files in your music folder, you won’t see them unless you first ensure that folder is synced. The difference is now it won’t download the file until you access it.

If you open a file, Windows 10 will automatically download it for you, and then open it. Depending on the size of the file, and your network speed, this could cause some delay, but the space savings will be significant, especially if you have a smaller SSD.

Microsoft has created a settings page for Automatic File Downloads, where you can unblock apps from automatically downloading files. For reasons that don’t seem to make any sense, this setting is under the Privacy section of Settings, and it doesn’t appear to be fleshed out yet, since you can’t block apps here, only unblock them. The wording does make it seem like Microsoft is going to open this up to other online file providers as well, which should be good news for many. 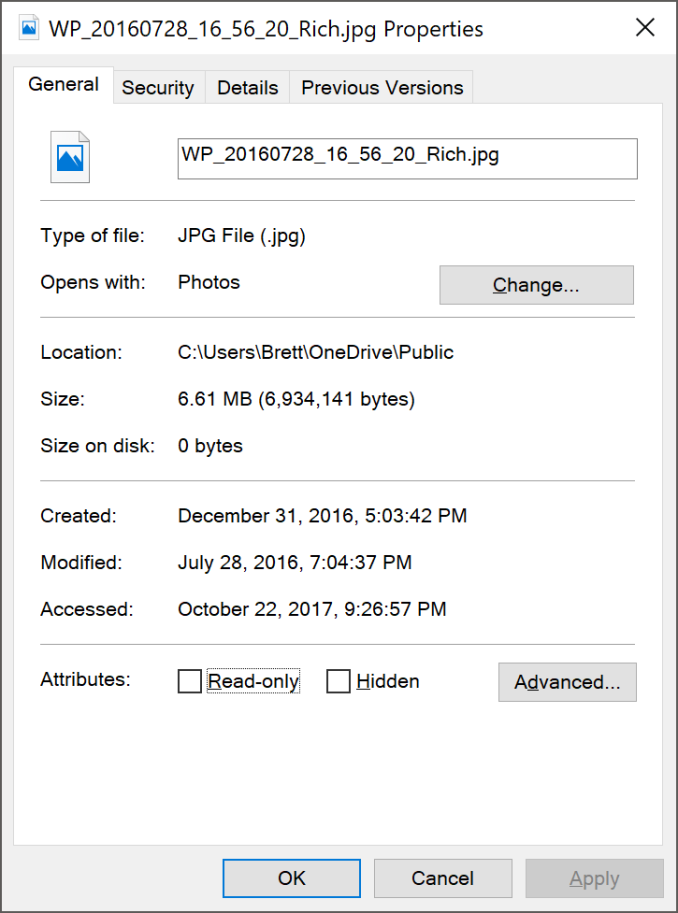 Also, in what is almost certainly a bid to improve performance, if you open a photo, for instance, and it has to be downloaded first, Windows 10 will also automatically download the photo before and after, so that if you move to the next file, it’s already available. This is a good idea for performance, but you may end up downloading lots of files you didn’t need.

Overall, first impressions of Files on Demand is positive. It can be a bit confusing to set up, since unlike Windows 8.1, you have to still tell it which folders you want to see, but the performance is solid, and it is very easy to distinguish between files that are already downloaded and those that are not. You still get a thumbnail for images that aren’t downloaded as well.

In addition to freeing up space by being able to access your OneDrive files only when you need them, Microsoft has improved Storage Sense in an effort to automatically help clean up files you likely no longer require. 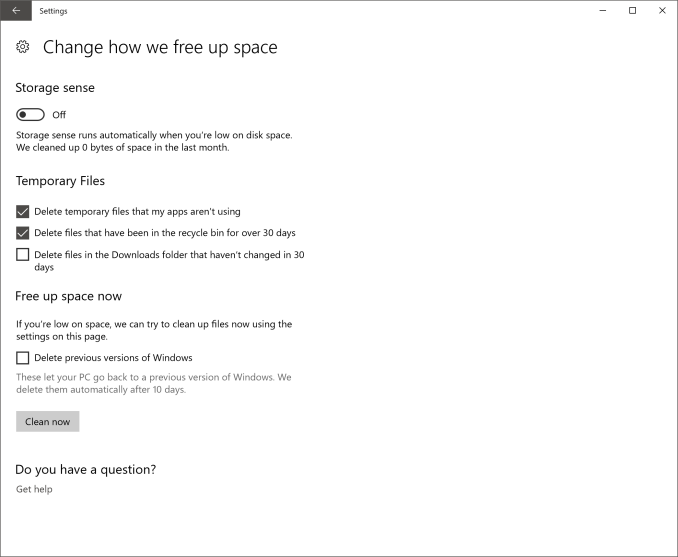 One of the most useful ones, at least for me, will be to delete files in Downloads that haven’t changed in 30 days. That folder tends to accumulate a lot of cruft that doesn’t need to be kept.

In addition, it can automatically empty your recycle bin, temp files, and previous versions of Windows, which are kept for a period of time in case you need to or want to roll back to the last version.

Storage Sense is a small idea, but should be very helpful. It even keeps track of how much space it’s cleaned up for you.

One obvious improvement here would be to integrate this with OneDrive as well, to give the option to clean up space from OneDrive files you haven’t accessed in a while now that Files on Demand can fetch them back quickly. Hopefully this comes in a future update.