Seagate Announces a Trio of 8TB Drives for Enterprise Applications

Seagate was the first hard drive vendor to launch a cost-effective 8TB hard drive. The Archive HDD v2 (ST8000AS0002) uses Shingled Magnetic Recording (SMR) to drive up the areal density of the platters and the 8TB version used six 1.33TB platters. The only other 8TB drive currently in the market is the HGST Ultrastar He8, which uses helium filled sealed drives with seven platters.

The Enterprise Capacity 3.5 HDD v5 uses traditional PMR (perpendicular magnetic recording) and targets applications such as web, e-mail and SMB servers as well as areas requiring bulk storage. The design uses 6 platters (1.33TB/platter) pointing to an increase in areal density over competing drives. Thanks to the 256MB cache, it provides 100%+ faster random read-writes over the last generation Enterprise Capacity 3.5 HDD v4.
It comes in both SATA 6 Gbps and SAS 12 Gbps versions, and supports Seagate's RAID Rebuild (PDF) feature.
Consistent with the enterprise positioning, we also have a SED (self-encrypting drive) variant.

The other interesting aspects of the Enterprise Capacity 3.5 HDD v5 include power loss protection (needed in part due to the larger cache) and a PowerBalance feature. The latter offers optional trade-off in performance for saving power. However, the firmware programming necessary to activate this feature will be made available only to OEMs and not small scale end customers. 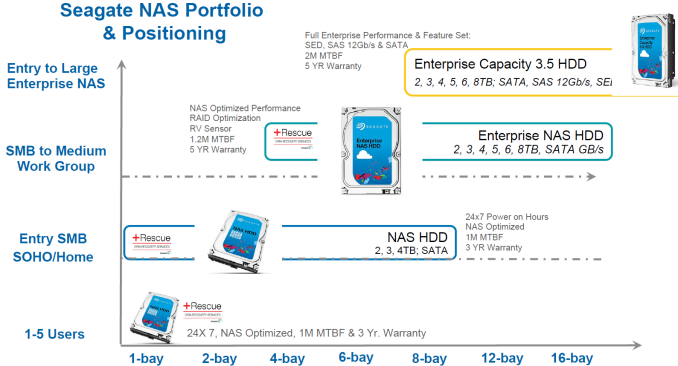 The MTBF, workload ratings and other important characteristics of the various drives offered by Seagate are summarized in the table below. 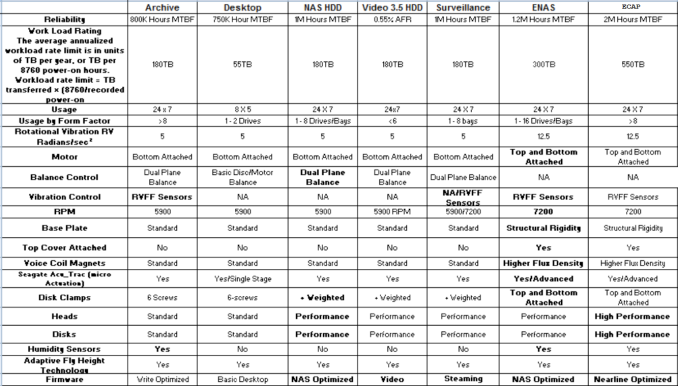 I had already talked about Kinetic HDDs in our coverage of Seagate at CES 2015. As a recap, the Kinetic HDDs do away with the need for a separate NAS server by presenting two Ethernet links over what looks like a SATA connector. Seagate is sharing some updates today regarding the Kinetic lineup. It is important to note that Kinetic is not a Seagate-only initiative, as Toshiba has also pledged support as a drive vendor for this ecosystem. 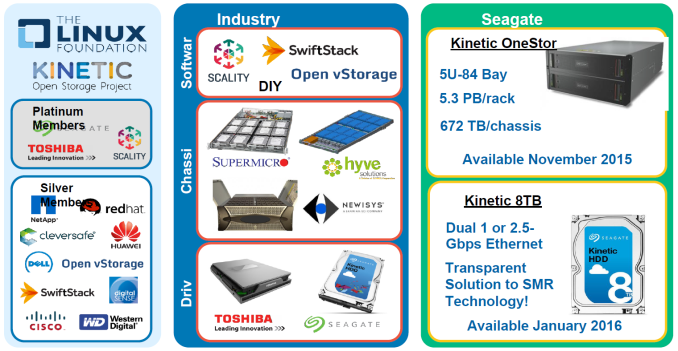 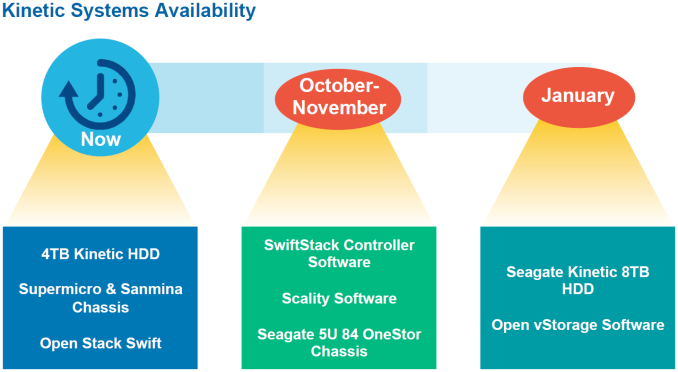 The two PMR 8TB drives will be available towards the end of October. Seagate did not disclose any pricing information.