The regular set of bytes reserved for ASUS’ software falls in the lap of AI Suite 3, which we’ve covered at AnandTech numerous times before. The TUF line of motherboards is in most regards similar, with fast charging and USB boost technologies included, however the main feature is no longer overclocking. Rather than promote overclocking (even on an overclockable chipset and an OC socket installed), the focus for AI Suite is monitoring and control. As a result we get Thermal Radar instead of 5-Way Optimization: 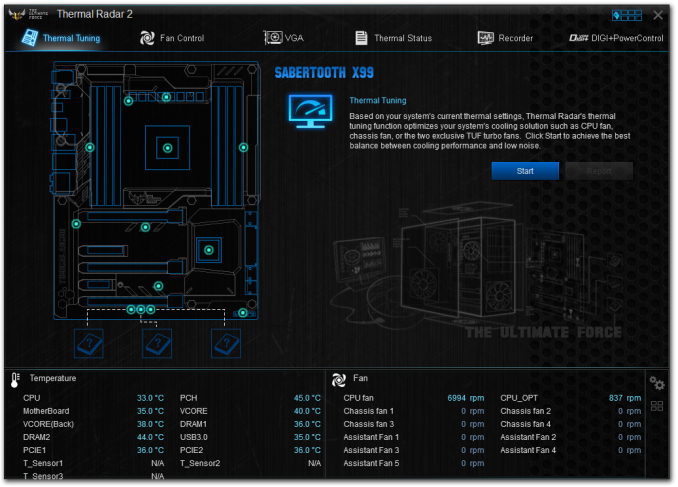 In a similar context to 5-Way Optimization though, users can either go through each option manually and adjust to their liking or use a couple of clicks and let the system configure it all for itself. On the image above, the left hand side has all the temperature sensors with the three thermistor headers at the bottom for allocation: 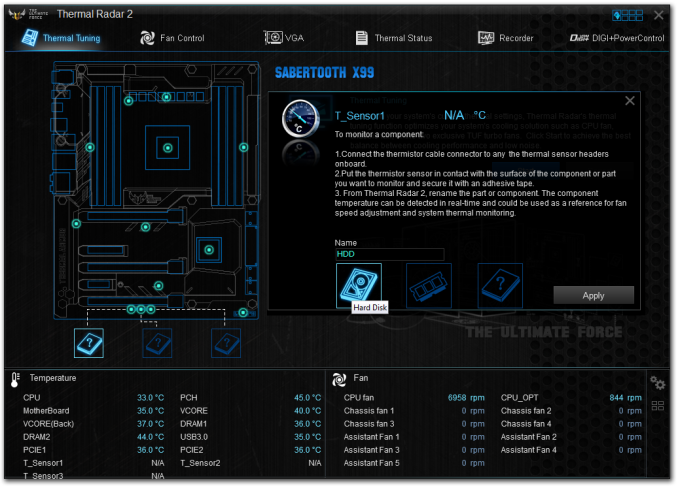 Because two self-build systems are rarely alike, the software also allows the configuration of each fan placement within the chassis: 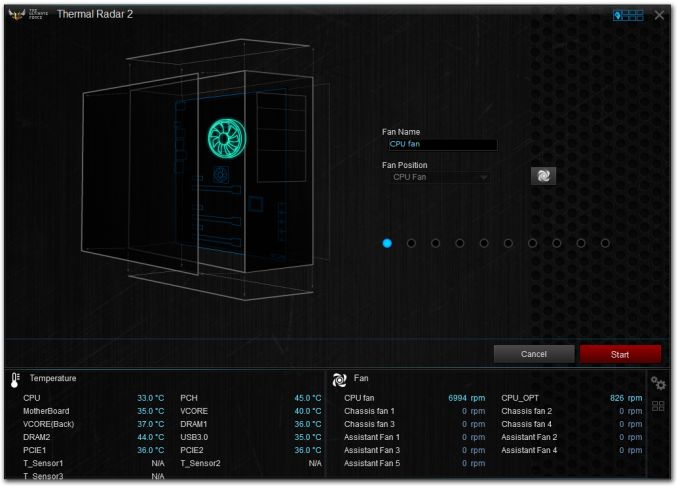 After a quick test, the software will produce appropriate fan profiles for each to minimize dead zones. If you accidentally happen to put a liquid cooling pump power connector into the CPU fan, you might get a fan profile like this: 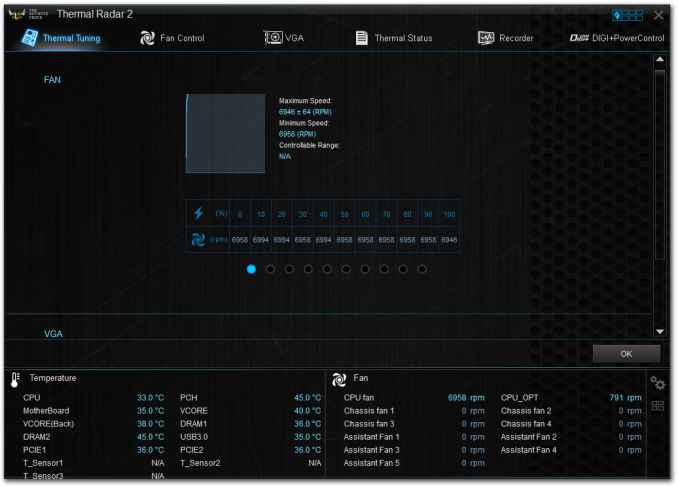 After the system is finished, the user can fine tune each setting including Fan Overtime and Dust-de-fan: 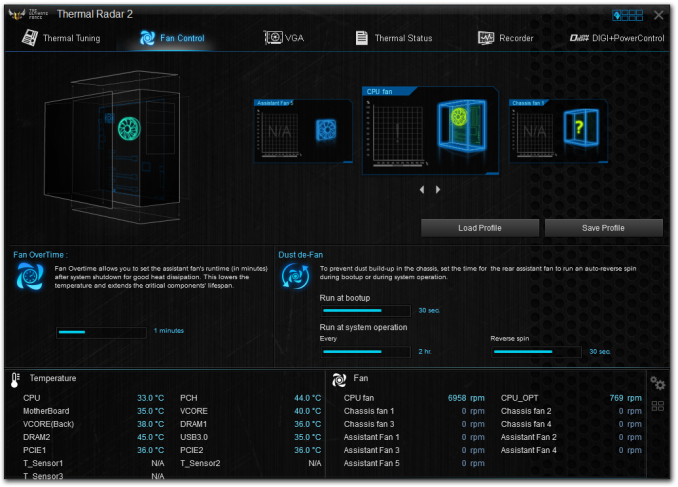 With a compatible video card, the fan on the GPU can also be controlled with acceleration and deceleration (i.e. hysteresis) time allowing the heat generated during the game to be dispelled quicker at the end of gameplay. 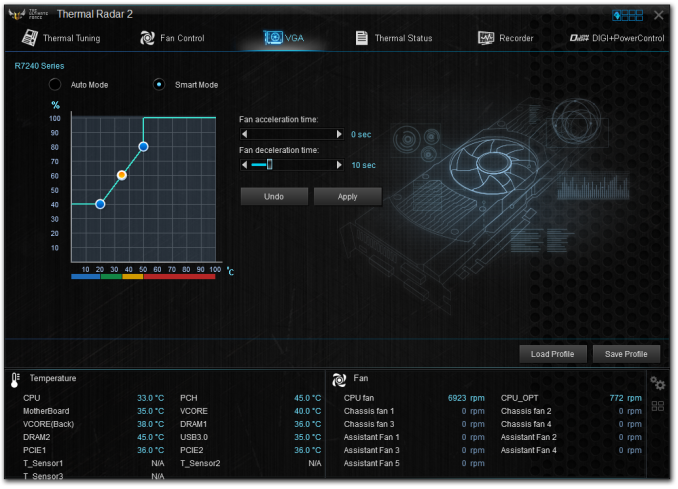 ASUS offers an overall assessment of the cooling capabilities of the system, along with a rating: 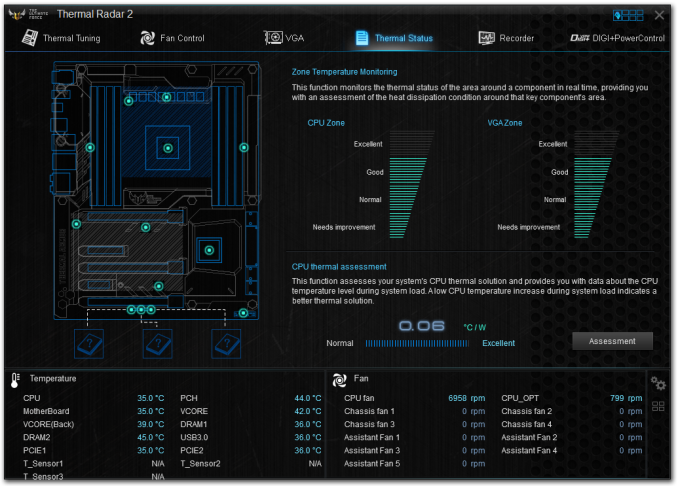 Fan speeds, temperatures and voltage can also be recorded in the Recorder menu option: 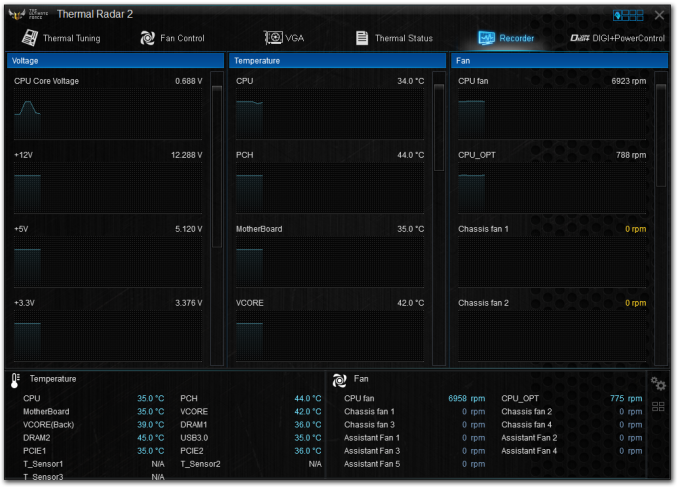 Similarly to the BIOS and previous AI Suite implementations, we also get access to the digital power options. It might seem odd in this circumstance to include them, but reducing the impact of the power delivery can help in reducing overall temperatures. 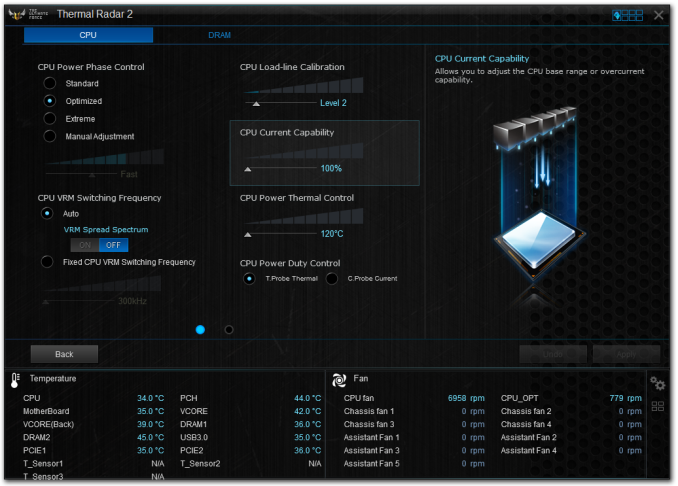 ASUS is also using a skinned version of cFos for network management. This allows the user to prioritize the network usage of certain programs over others by either using the presets or manual adjustment: 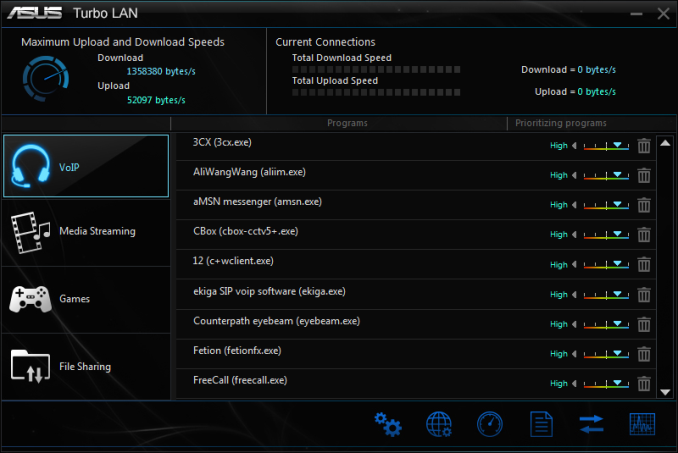 A more detailed set of options, such as tracking overall bandwidth usage, is also present. 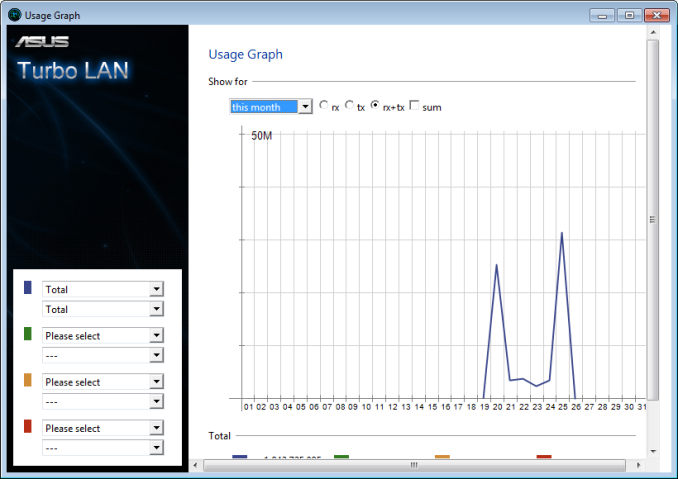 Other features in the ASUS software suite include:

AI Charger: Allows quick charging on BC1.1 compliant devices on certain USB ports.
USB 3.1 Boost: For suitable devices, implements a newer USB protocol to improve USB 3.0 and USB 3.1 speed.
EZ Update: Connect to the web to download updates. I’ve never had it work though.
System Information: Breakdown of the hardware specifications for motherboard, CPU and DRAM.
USB BIOS Flashback: Prepare a USB with a BIOS for updating, or save the current BIOS.
USB Charger: Allows for fast charging while in sleep/hibernate on certain ports only.
Push Notice: Setup a messaging system to another device in case of system errors.