The Mate 7 sports the same camera setup as the Honor 6. I've already determined for that device that the quality suffers quite a bit due to what seems to be very poor ISP performance.

For all practical purposes, I don't see any improvement in quality in the Mate 7. The device is still very lack-luster in the camera department. 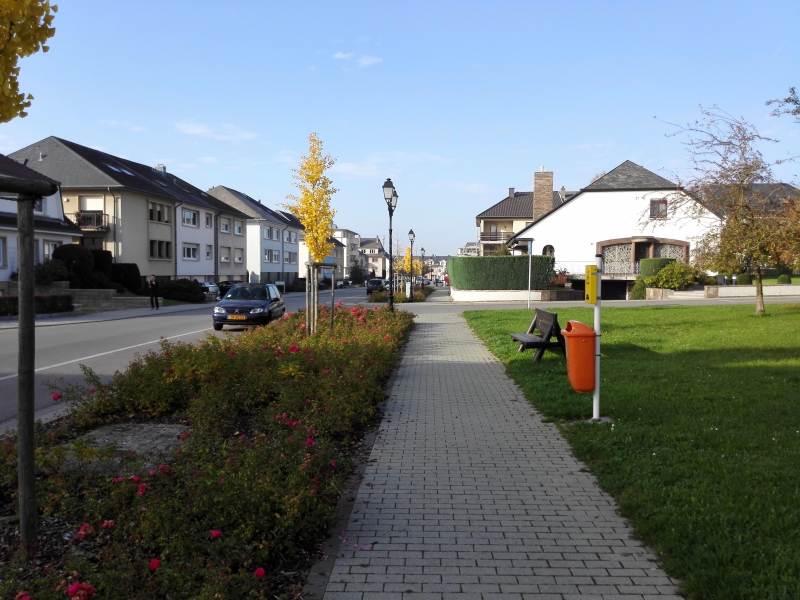 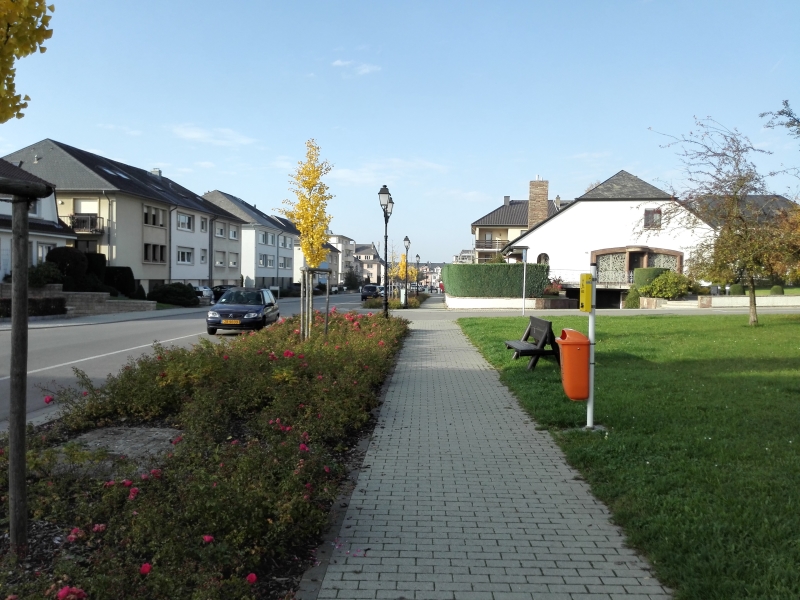 During day-light shots we see the same lack of detail as found on the Honor 6. It's a pity that Huawei didn't manage to improve the processing here as the camera should have been able to produce better results based on the Sony IMX214 sensor. The HDR shots similarly see a colour balance issue as the image loses saturation. 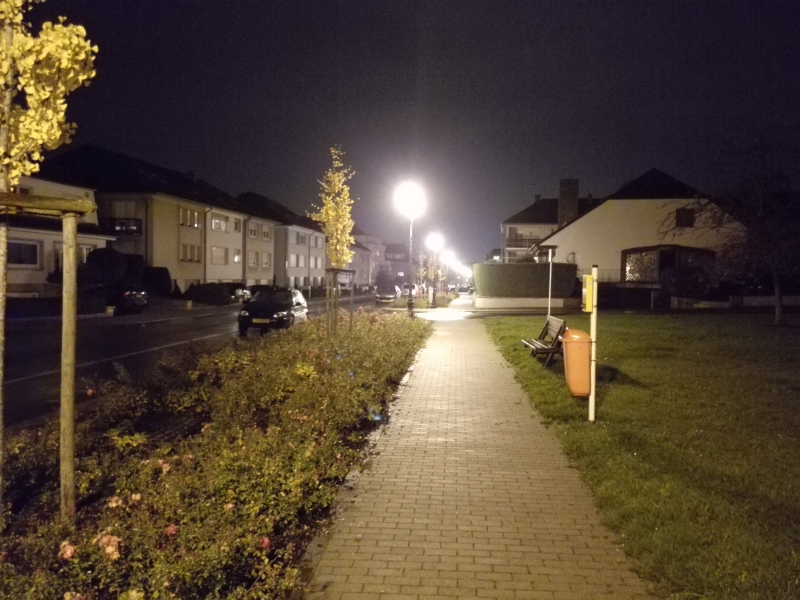 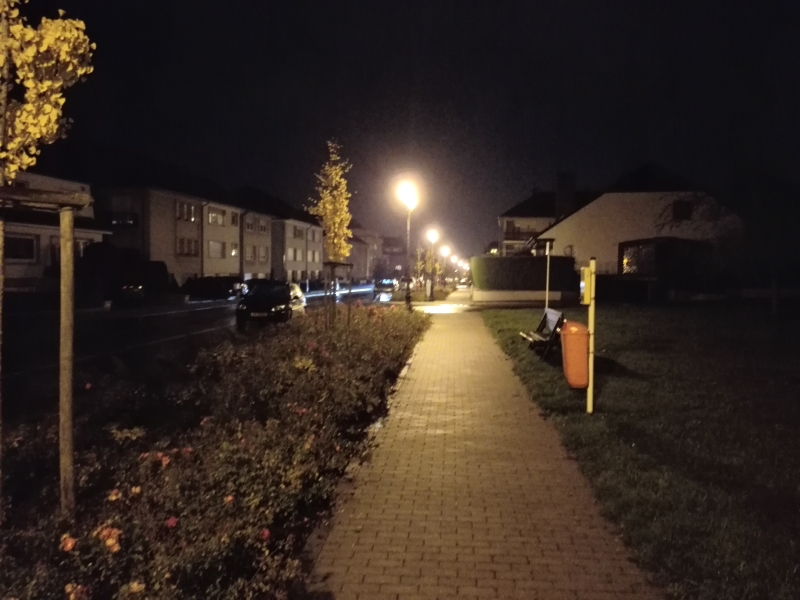 In night-time shots again the Mate 7 underperforms. Under dark conditions where other flagship phones would at least capture the scene in some reasonable manner, the Mate 7, like the Honor 6 will be hard to recognize what it is you took a shot of.

The camera application provides a fresh new UI that looks fantastic. But the problem here is that I find the usability has taken a toll, as previously easily available settings are now hidden behind various sub-menus.

In the end the still-picture performance of the Mate 7 is rather lackluster and competitor devices such as the Note 4 are on a completely other level in terms of picture quality. Huawei has a lot of progress to do if they wish to compete in the camera department.

In the standard 1080p mode we get a 24Mbps AVC Baseline@L4.0 video stream at 25fps with 96Kbps stereo AAC audio. The video is sharp and fluid, albeit the colours are a tad oversaturated. It's the lack of any kind of stabilization is very obvious and the video is very shaky. Again the device offers excellent video audio quality capture which is I think one of the best out there.

When turning on the electronic image stabilization the quality of the video dramatically decreases. We see a big reduction in the details of the video and what should be 1080p turns into something inferior to 720p. It's pretty obvious what's going on here: Instead of increasing the capture frame beyond 1080p on the image sensor, Huawei is retaining the 1080p capture frame and then reduces the actual video window inside of the frame and reserves the margins needed for the EIS to operate. The video window is then upscaled again to 1080p, resulting in a blurry image and loss of detail. The effect also reduces the field-of-view of the camera.

The 720p video with both HDR and EIS is even worse off. We go down to a 14.4Mbps AVC video stream on a custom encoding profile, while retaining the audio track quality. Here the resulting image resembles more what a 480p recording would produce. I've determined that this is solely due to a badly performing ISP on the Kirin SoCs.

The Mate 7 employs the same Toshiba eMMC solution as found on the Honor 6. There's not much to say here other than the performance being outright horrible and unacceptable for a 2014 product. Although the model number of the chip is the same as on the Honor 6, it still manages to underperform what was already a device which was bottoming out our benchmark suite. 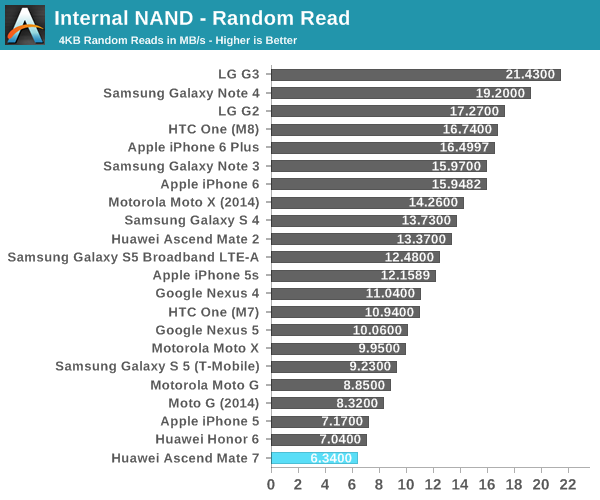 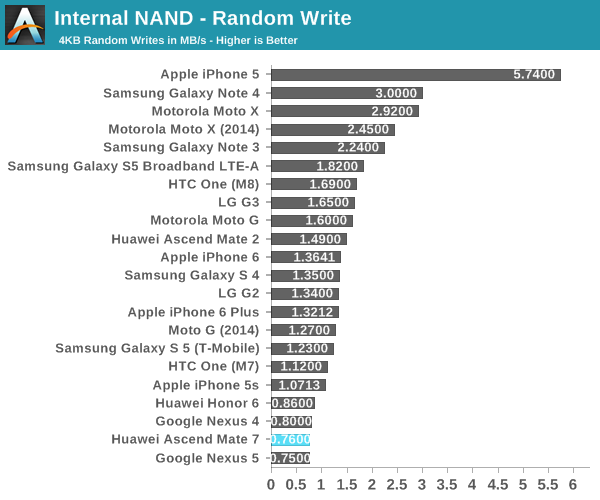 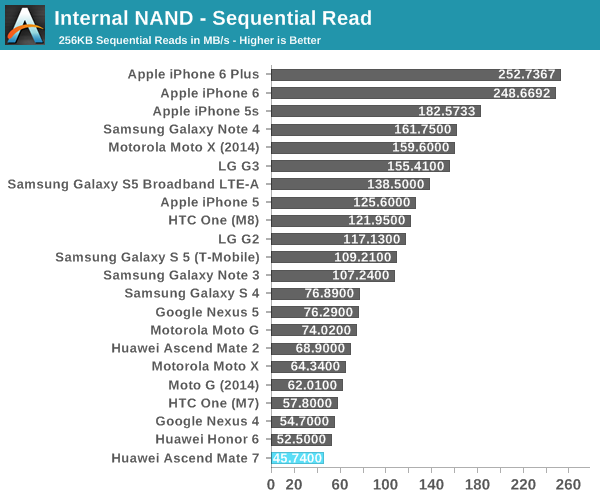 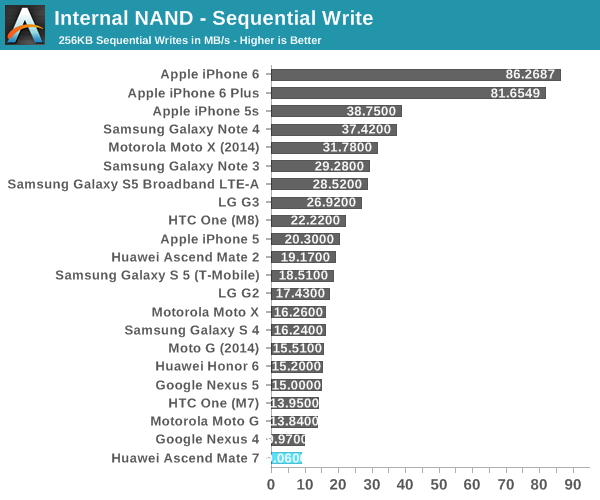 Competing flagships such as the Note 4 manage to outperform the Mate 7 by a hefty factor of 4 or 5 throughout all the tests. Surprisingly I don't seem to see the effect of this too much in everyday usage, but this might just be my subjective bias.