Battery life is one of the most important aspects of any mobile device, especially because the battery is what defines mobility to begin with. As a result, it’s important to test battery life in a meaningful manner. This requires a repeatable test with standardized conditions, and a range of scenarios that stress different aspects to get the full picture. Most importantly, for tests that have the display on we calibrate the display to 200 nits to ensure that the test doesn’t penalize brighter displays. In the case of the Galaxy Note 4, we see about a 3% gain in battery capacity, so most of the battery life gains should come from higher efficiency. 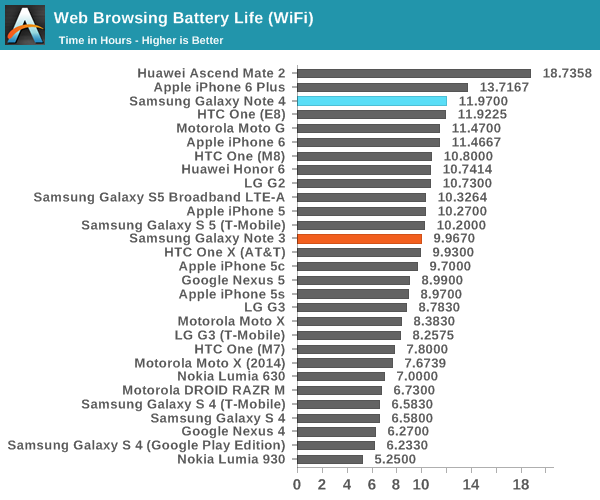 Our first test is the WiFi web browsing test, which loads a given set of web pages in a loop, with special emphasis taken in order to ensure that the test doesn’t penalize faster SoCs, which would have significant effects on our results. As one can see above, the Galaxy Note 4 has a noticeable uplift in battery life when compared to the Galaxy S5 and lasts significantly longer than the Galaxy Note 3. It doesn’t last quite as long as the iPhone 6 Plus, but few people should have issues getting through a full day of intensive use. 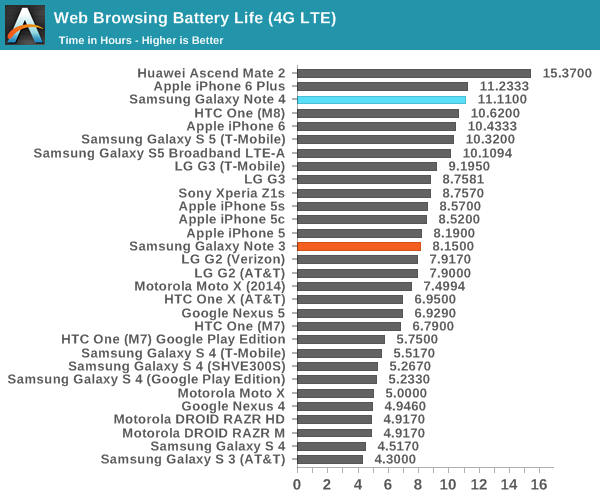 On LTE web browsing, a similar story plays out as the Galaxy Note 4 is able to keep up with the competition and delivers the massive improvement that we’ve generally seen from the transition to Snapdragon 801 and 805. 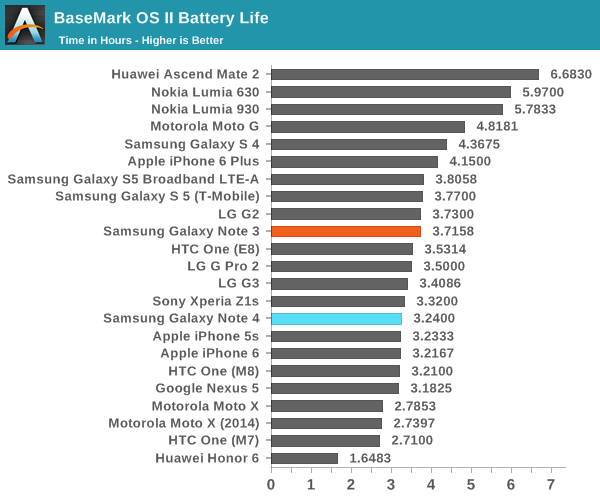 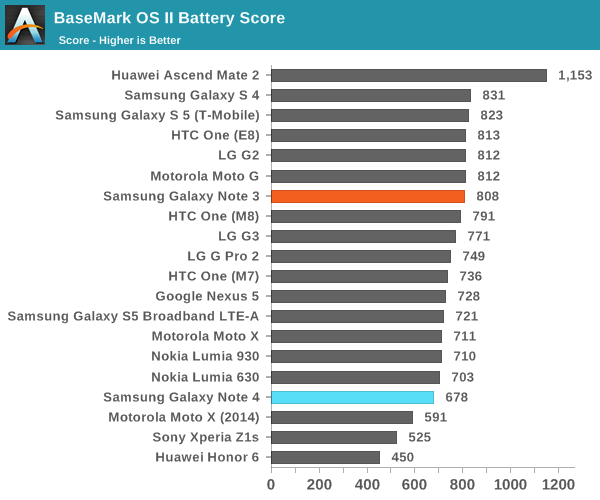 In the case of the Basemark OS II test, we see that battery life under a sustained task ends up a bit lower than we expect, which seems to suggest that in CPU-bound tasks the Note 4 doesn't have much better efficiency when compared to the Galaxy Note 3. This seems to be self-evident, as the CPUs are quite similar and the process technology used is largely similar when comparing the two devices. 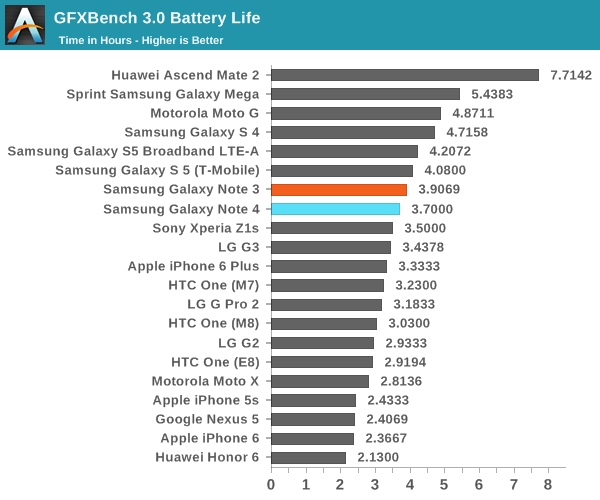 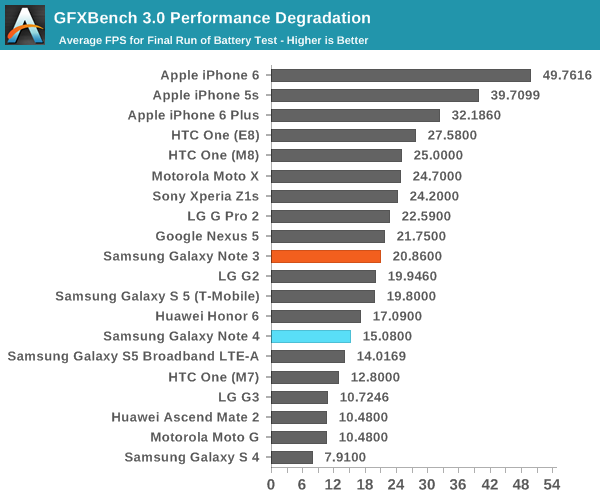 As a part of the overall battery life story, it's important to consider the time it takes for a battery to fully charge. If a phone's battery charges slowly then scenarios where charge time becomes crucial will severely hurt real-world battery life. For example, if one forgets to charge their phone at night, the rate at which the phone will charge the battery is a strong influence upon actual battery life. In order to test this, we measure power draw from the time that the device under test is plugged in until it reaches a given level of power draw that indicates that the battery is fully charged. 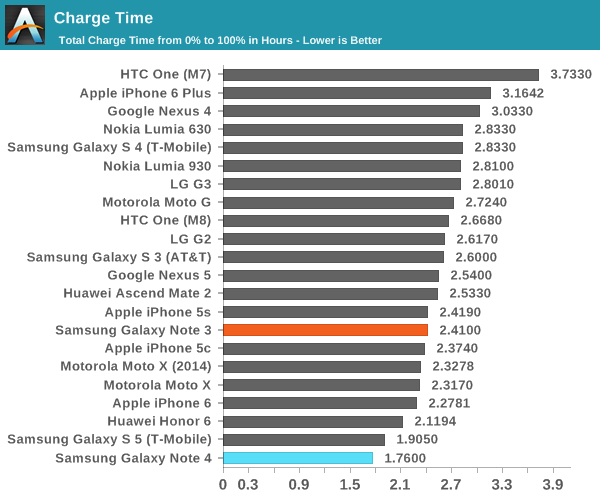 As one can see in the graph above, the adaptive fast-charge mechanism really works, although I don't see a huge benefit when compared to the Galaxy S5's charge time which was already incredibly fast. In the case of the Galaxy Note 4 it seems that it switches between a 9V, 1.64A mode and a 5V, 2A mode as needed, and most of the benefit would come from the first 50% or so of charging as power drops rapidly as the battery approaches full charge.