With the advent of the modern smartphone, the display became one of the most important aspects of the entire experience as it was the only method of interacting with the device. To this end, Samsung has equipped the Galaxy Note 4 with their latest generation AMOLED panel, which has a higher resolution 1440p display, although this is achieved with a PenTile subpixel layout that makes total subpixel density lower than a conventional RGB stripe, so true subpixel density increases around 20% when compared to an RGB stripe 1080p panel. For reference, going from an RGB stripe 1080p panel to a 1440p panel of the same subpixel stripe would have a density increase closer to 80%.

In practice, the visible resolution varies somewhere between the “worst case” where the eye can see the true subpixel density and the best case where the display appears to be an RGB stripe 1440p display. If I look closely it’s still possible to see a fringing patterns in certain cases. Other than these minor cases, the Galaxy Note 4’s display has more than enough resolution for a smartphone use case. This is noticeably better than what I see with the iPhone 6 Plus, although in casual use it’s unlikely that these resolution differences will actually matter in most cases. I definitely think that there will be a visible difference for VR, although even the Galaxy Note 4’s display lacks sufficient resolution to have a “perfect” display in that scenario.

However, resolution is a relatively simple metric to look at. In order to better test the display we must look at other key metrics. In order to do this, we turn to SpectraCal’s CalMAN 5, along with a spectrophotometer for accurate color measurements. 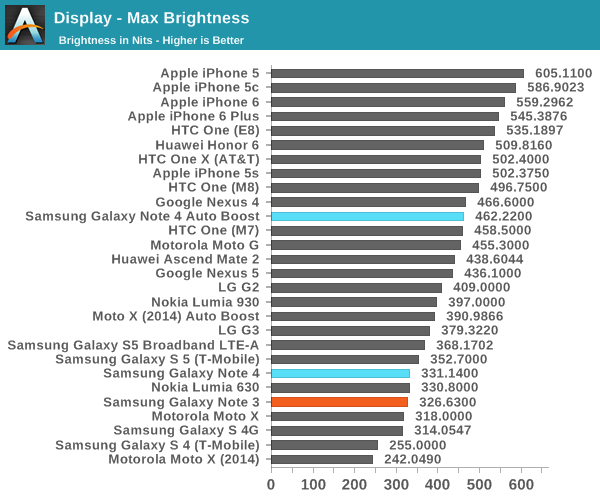 While relatively simple, brightness and contrast are quite important as a display that’s dim or low in contrast will appear to be quite poor. In terms of brightness, we see that Samsung continues to maintain relatively high peak luminance, and a massive improvement when compared to previous generation AMOLED displays. While the normal peak brightness is a bit on the low side, as long as one uses auto-brightness the display’s “boost mode” will be able to activate and reach around 450 nits so in practice sunlight visibility should be more than acceptable. Contrast remains as incredible as it always is with AMOLED displays of this generation, although there still seems to be visible RC delay of some sort as there can be a purple trail effect when pixels transition from an unlit to lit state. I suspect this is mostly unavoidable, and is generally only visible at low brightness. 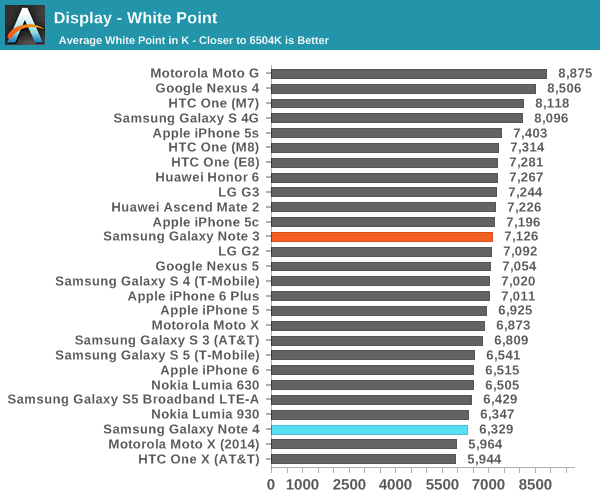 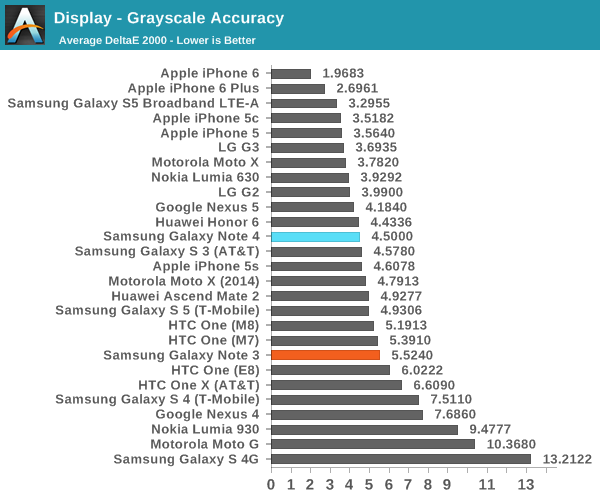 The next test we’ll look at is grayscale, which can suggest issues with overall tints in the display and issues with gamma. In this area, we see that the display is definitely quite good in overall gamma but unfortunately there’s a bit of a green tint here which causes a regression when compared to the Galaxy S5 LTE-A Broadband. This is really only visible on some certain percentages of gray but it would be an area where some improvement is needed. 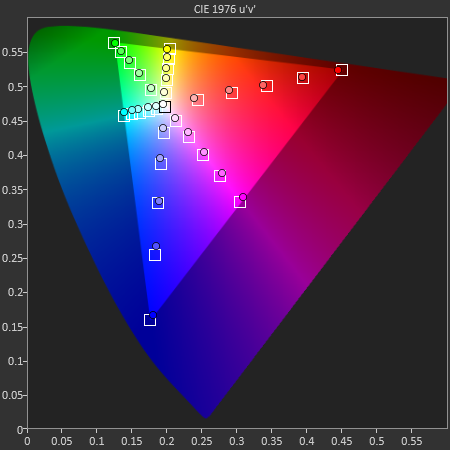 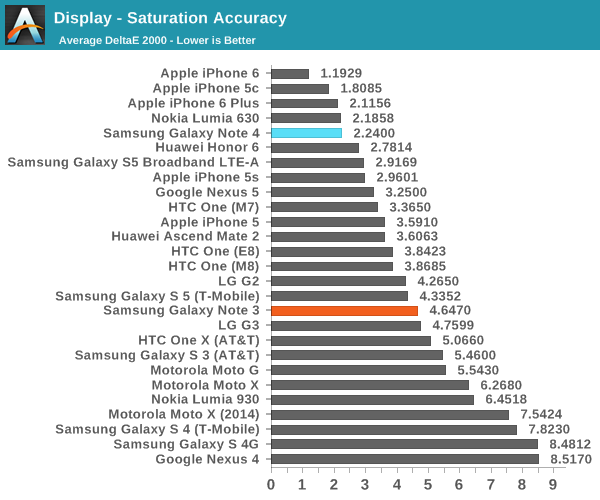 While grayscale is one aspect of the display, it’s also important to look at color overall. One of the first tests for color is the saturation sweep, where the Note 4’s display performs admirably. At this point, there’s really not much to point out for improvement as the dE2000 average is low enough that one won’t notice any issues with color accuracy in Basic mode. 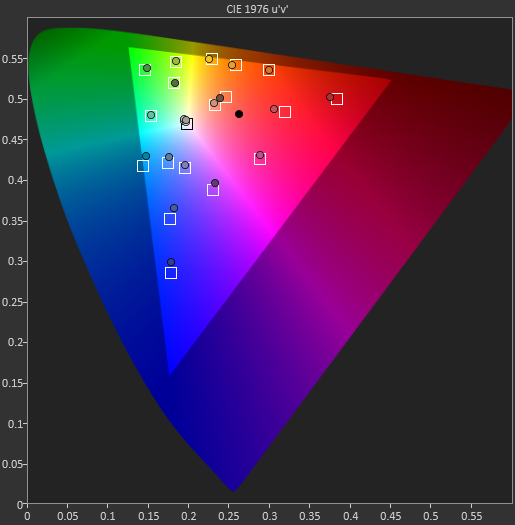 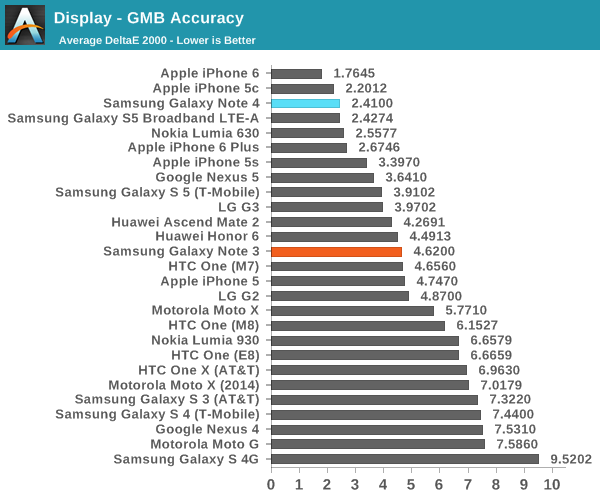 Similarly, the display does a fantastic job in the Gretag Macbeth ColorChecker. It should be possible to get a good idea of what a photo will look like on other displays and other similarly color-sensitive work on the Note 4. Samsung has also included other modes for those that want more vivid or otherwise more saturated color, which is of great benefit for those interested in such a color profile. The one potential issue here is that there is color shifting when altering viewing angles. In comparison to the Note 3, the Note 4 has a far better display. As-is, the state of AMOLED seems to be in a dead heat with LCD now as both seem to have their own trade-offs. However, we may soon see a shift as Samsung’s AMOLED becomes indisputably better than even the best LCDs.