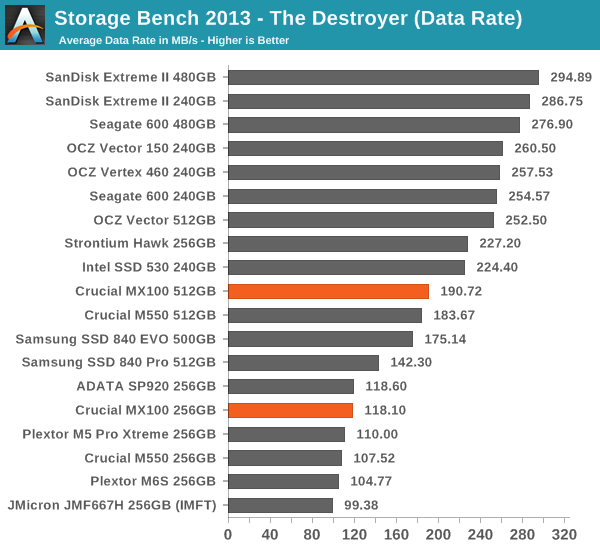 Quite surprisingly, the MX100 is slightly faster than the M550 in our 2013 Storage Bench. The differences are not significant, but it's still surprising given that M550 is supposed to be Crucial's higher performing drive. Especially at 256GB this is odd because the M550 has lower capacity NAND that should result in more parallelism and thus more performance, but that doesn't seem to be that case. I'm guessing that Crucial has been able to tweak the firmware to unleash more performance from the Marvell 9189 controller, which would explain why the MX100 is faster than the M550. Then again, the ADATA SP920 with 128Gbit NAND and Micron designed firmware is also faster than the 256GB M550, so it looks like M550 doesn't take full advantage of the lower capacity NAND. 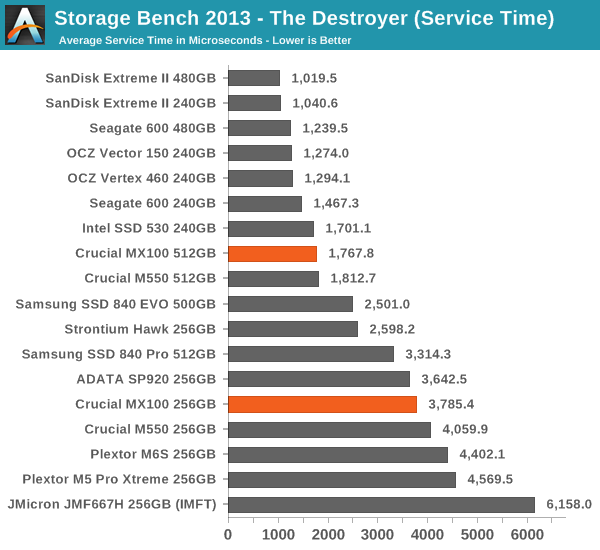