As always we’ll also take a quick look at synthetic performance. The 290X shouldn’t pack any great surprises here since it’s still GCN, and as such bound to the same general rules for efficiency, but we do have the additional geometry processors and additional ROPs to occupy our attention. 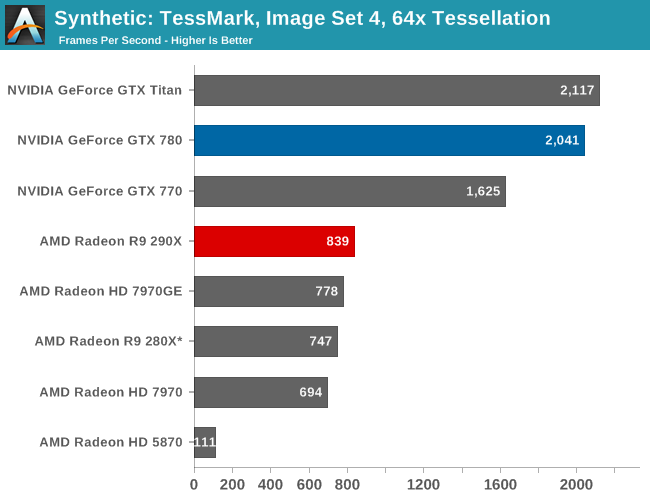 Right off the bat then, the TessMark results are something of a head scratcher. Whereas NVIDIA’s performance here has consistently scaled well with the number of SMXes, AMD’s seeing minimal scaling from those additional geometry processors on Hawaii/290X. Clearly Tessmark is striking another bottleneck on 290X beyond simple geometry throughput, though it’s not absolutely clear what that bottleneck is. 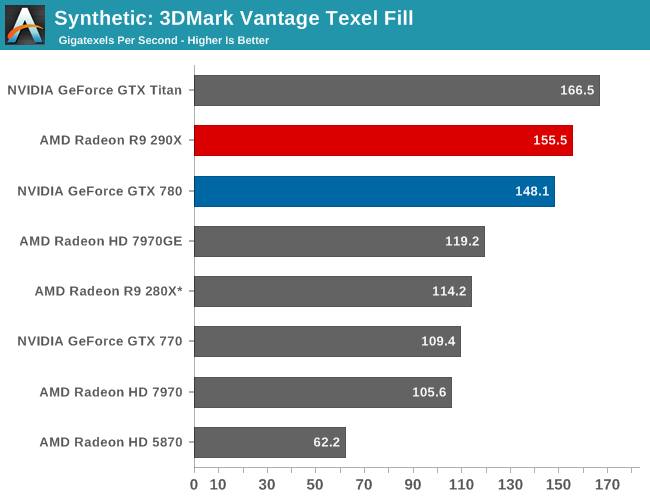 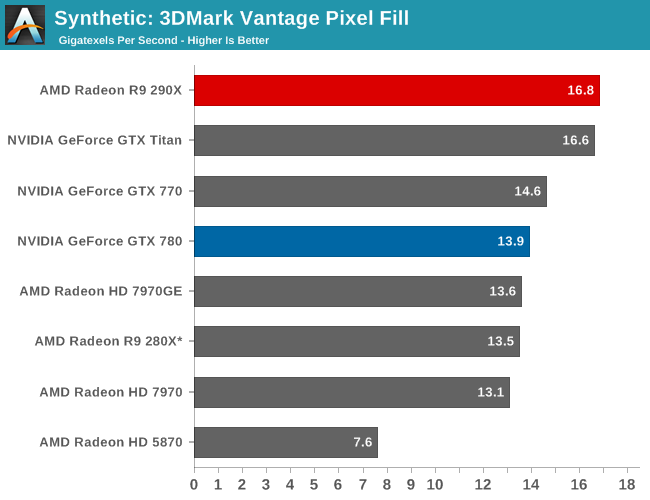 Meanwhile for our pixel fill rates the results are a bit more in the middle, reflecting the fact that this test is a mix of ROP bottlenecking and memory bandwidth bottlenecking. Remember, AMD doubled the ROPs versus 280X, but only gave it 11% more memory bandwidth. As a result the ROPs’ ability to perform is going to depend in part on how well color compression works and what can be recycled in the L2 cache, as anything else means a trip to the VRAM and running into those lesser memory bandwidth gains. Though the 290X does get something of a secondary benefit here, which is that unlike the 280X it doesn’t have to go through a memory crossbar and any inefficiencies/overhead it may add, since the number of ROPs and memory controllers is perfectly aligned on Hawaii.