When I reviewed the 13-inch MacBook Pro with Retina Display, I viewed it as the true Retina MacBook Air that everyone was waiting for. With modest increases in thickness and weight, the rMBP13 gave you a much better screen and a larger battery to drive it. Apple’s lineup made sense.

After being in Taiwan earlier this month and checking out all of the 13.3-inch 2560 x 1440 displays being used on notebooks similar in size to the 13-inch MBA, I was beginning to reconsider my position.

To hit an aggressive schedule, you have to mitigate risk. In the case of the 2013 MBAs, Apple kept the chassis spec unchanged in order to do just that. As a result, the displays too, remained unchanged. We’re talking about TN panels (admittedly higher quality than most) and traditional pixel densities. Compared to the Retina Displays deployed across the rest of Apple’s product lines, these panels just aren’t as good. Compared to what you typically find elsewhere, they’re still among the best. 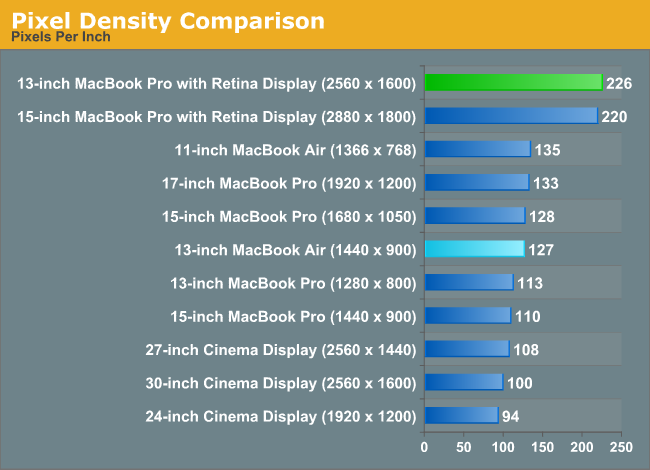 There are two aspects to deploying a Retina Display in a MacBook Air that are worth discussing. The first is power consumption. Greater pixel density requires a more powerful backlight to drive the panel at the same brightness, which in turn reduces battery life. Apple’s solution is to deploy Retina Displays on products it can outfit with a sufficiently large battery. I’d argue that given the battery life of the 2013 MBAs, Apple could move to a Retina Display and still deliver reasonable battery life - but it would be a regression.

The second thing to consider is price. I don’t know just how much more a Retina Display would add to the cost of a MacBook Air, but it’s clear it would be non-negligible.

There’s no real solution to the first problem, but the second one should be less of an issue as panel prices come down. I don’t know where Apple will eventually land on all of this, but today what happens is we get a well defined separation between MacBook Air and MacBook Pro with Retina Display.

Professional users who need greater color accuracy and/or additional desktop resolution really should go for the MacBook Pro with Retina Display. If you don’t need either, the MacBook Air will suffice.

In practice, the MBA’s display isn’t bad by any means. I’ve been staring at it non-stop since WWDC and don’t mind using it at all. The biggest visual issue for me is actually the shifting contrast at off-center vertical angles. It’s not a problem once you properly adjust the display angle but it’s something you don’t have to deal with on the rMBPs. When I'm not in crazy work mode, the lack of resolution isn't a huge deal - but when putting together big articles like this one, I find myself missing the rMBP quite a bit. I guess that's why the rMBP has Pro in the name. 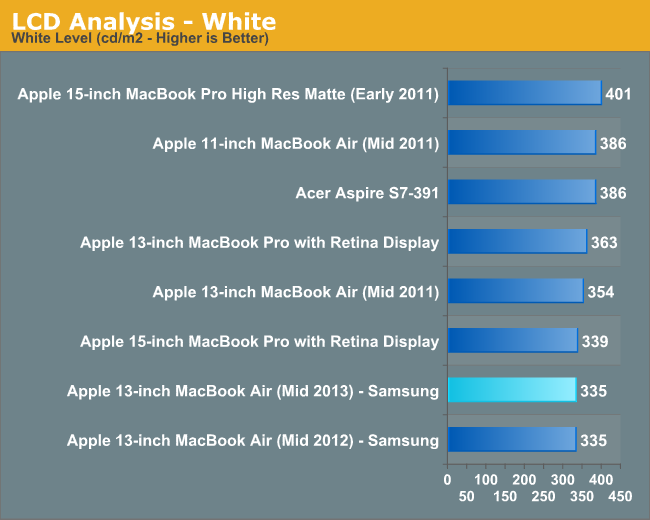 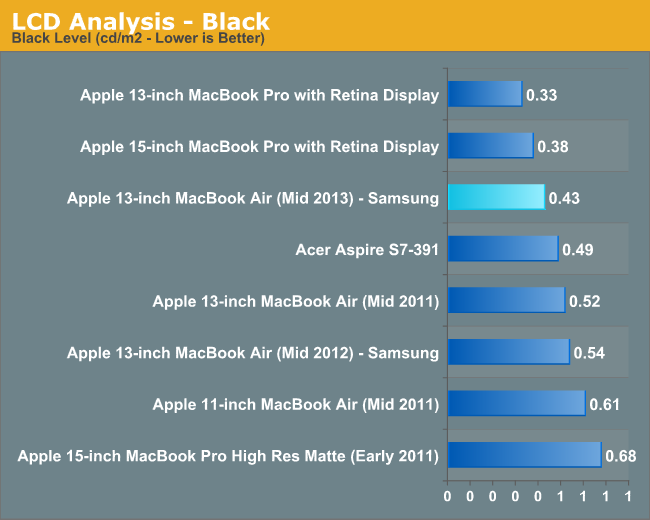 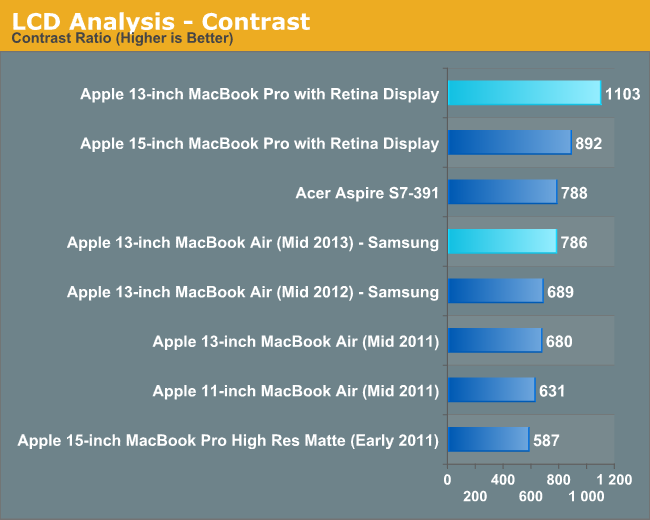 My review sample featured a Samsung panel (LSN133BT01A02), although I’m sure the usual panel lottery is in full effect this generation as it has been in the past. Brightness and contrast are both comparable to what we had last generation (my Samsung panel this year was a bit better than last year's). The brightness/contrast results are very comparable to Acer's 1080p S7, just to show you how far Ultrabooks have come.

I ran the 2013 MBA through Chris Heinonen’s new display workflow using CalMAN to give you an idea of color accuracy vs. the rMBP: 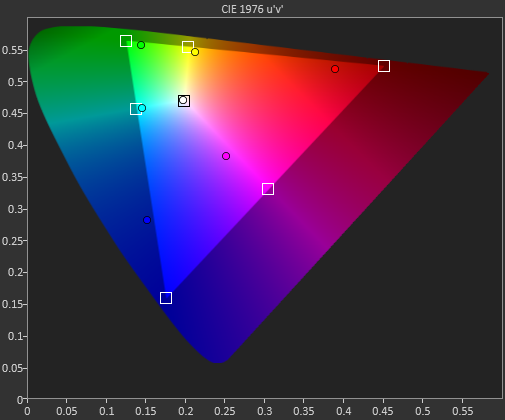 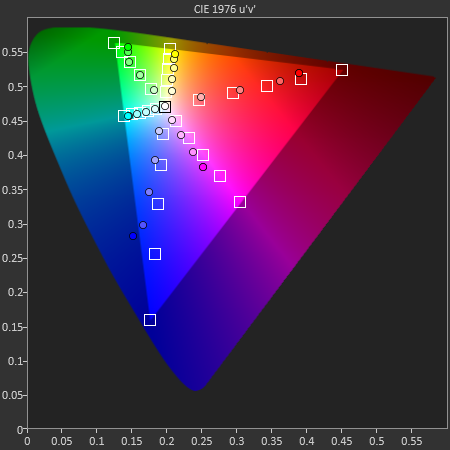 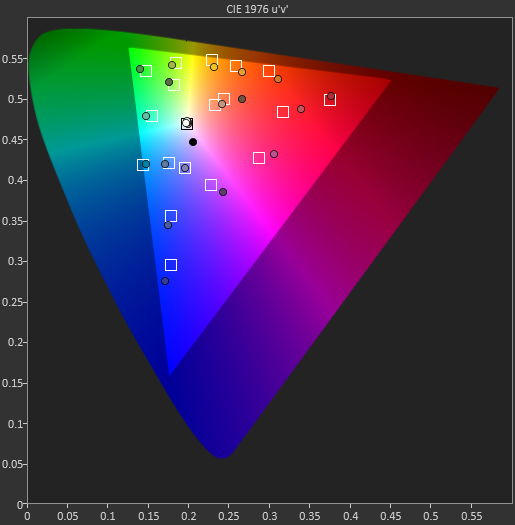