The last Dell monitor that I reviewed, the U2713HM, really impressed me by having a very accurate sRGB mode out of the box. It was the best performing one that we had seen to that point, but since then we’ve switched the way that we evaluate monitors and now use dE2000 data that can’t be directly compared with previously tested displays.

Pre-Calibration with the Dell, the sRGB mode was the most accurate, though I did look at the grayscale on every other mode to be sure before I selected it. The Multimedia preset was the closest other than the sRGB, but color accuracy on it wasn’t nearly as good as it was on the sRGB mode. Looking at the grayscale data, we see that there is a bit of a green push there, and our average CCT winds up at 6389 and not quite the ideal 6503K.

The Gamma has a small dip at 5%, indicating that the gamma is an sRGB target and not our 2.2 target, but there is also a large drop at 95% that I see many times in displays. This indicates that the very peak whites are spaced too tightly together, possibly by an incorrect contrast setting or something else in the display electronics. You’ll see highlights be slightly washed out as a result. 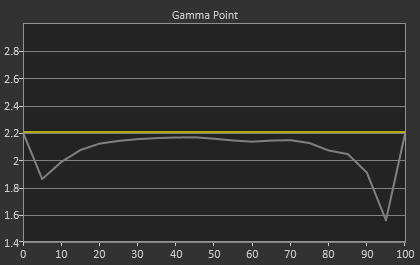 Colors are much better, with the major errors being in white, but overall the luminance levels are very good. That's the most important aspect and the color errors are low. If we could remove white from the average it would be far below the 2.14 we got, but color performance is very good. They also match up pretty close to the targets, with just slight under-saturation in some colors. 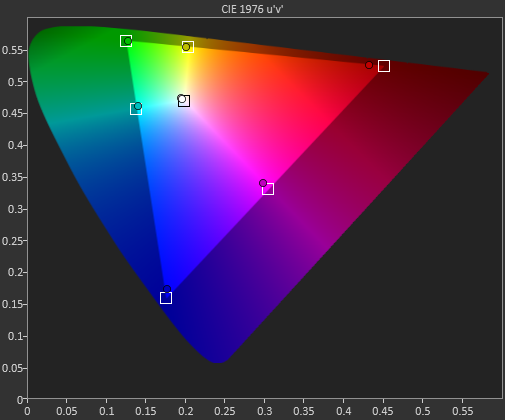 The Gretag Macbeth numbers are very good for a non-calibrated display, and we once again see that the grayscale is the majority of the issue here, with colors being much better. That’s a bit surprising to me as often it’s the other way around, but that is just what we see this time, along with some more slight under-saturation. I included the luminance chart here for the Gretag Macbeth data just to show that the U3014 is dead-on accurate with the luminance levels, which is what you want to see. 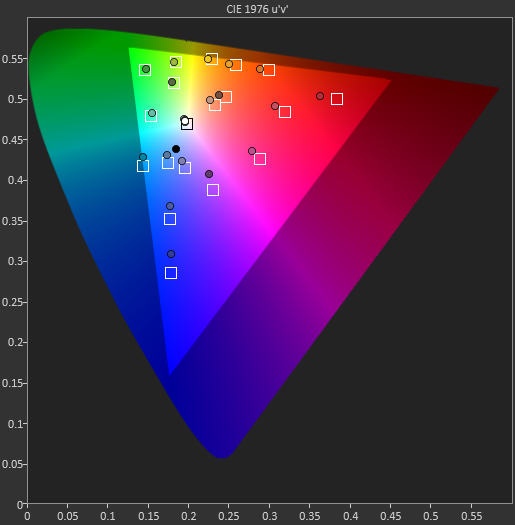 Finally when we check out the saturations, we see that some colors are very good, like Yellow and Green, but Red has a noticeable lack of saturation across the gamut, and the issues get larger as we get closer to 0%. These aren’t awful numbers, but they're not as good as we could see. 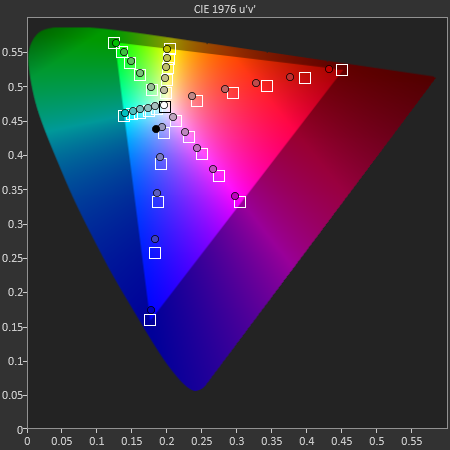 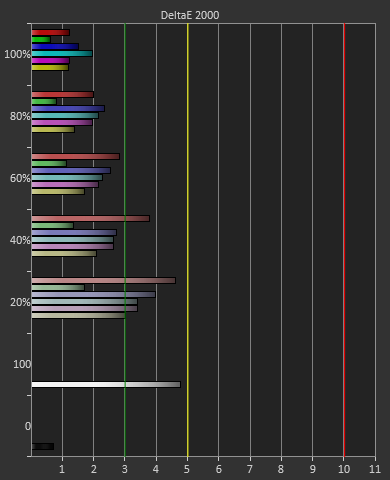 In the default sRGB mode, the U3014 is still very good, and as we get more displays in for testing I think the quality of those numbers will just improve as we see what other displays manage on our new benchmark. Keep in mind that these are all out-of-box numbers so far, where many displays end up close to double digits for DeltaE.