Surface Pro as a Windows 8 Notebook

If you can deal with tradeoff of having a not-totally-rigid display/keyboard hinge, Surface Pro does approximate a notebook fairly well. The trackpads integrated into the covers don’t do a good job, but getting used to the touchscreen for most mousing duties isn’t a problem at all. The biggest issue with using Surface Pro as a notebook replacement is that you just can’t use it in as many sitting configurations as you’d be able to with a traditional notebook. If you can deal with that however, it’s a pretty awesome device.

When it comes to performance and response time, Surface Pro behaves just like an Ultrabook. In our performance tests it ended up a bit behind Acer’s 13-inch S7, but I’m guessing that has more to do with Microsoft having a slightly more conservative thermal profile than the larger notebook. You'll notice that in most of these tests, Surface Pro is within striking distance of Apple's 13-inch MacBook Air running Windows. 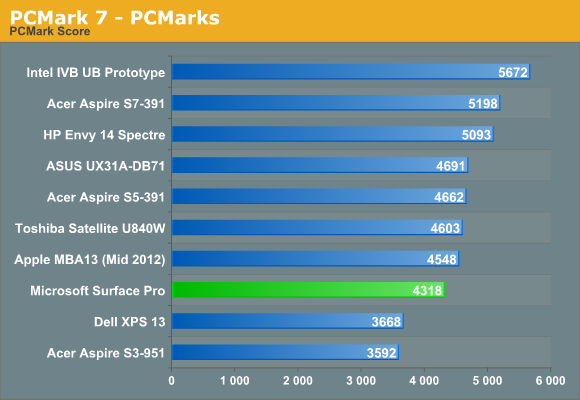 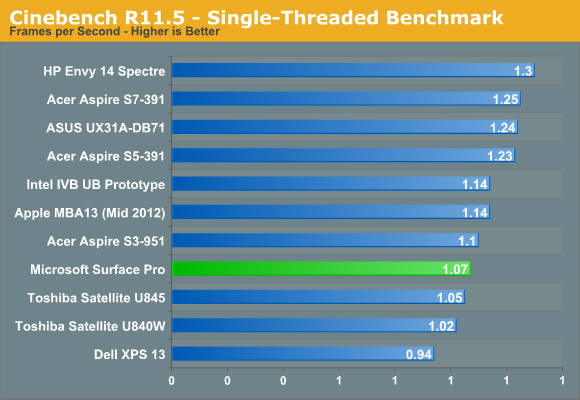 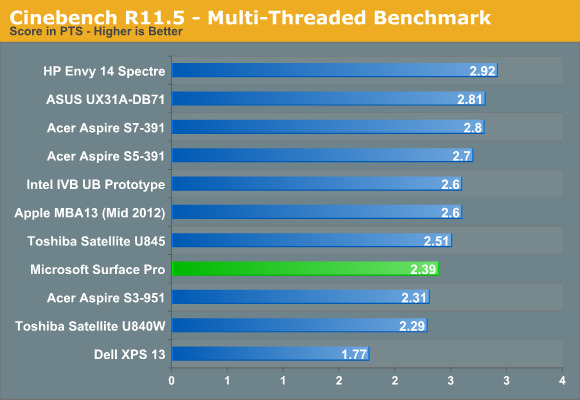 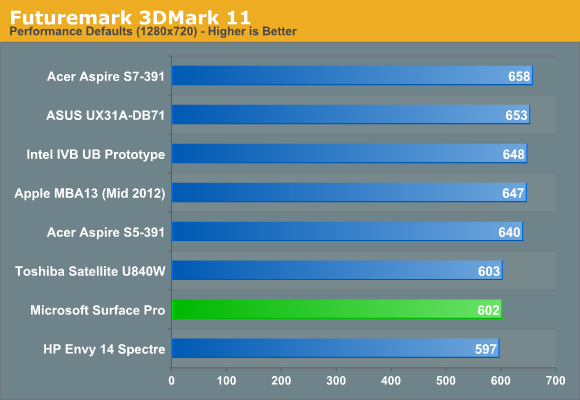