Surface Pro as a Tablet

If you can get over the bulk, Surface Pro is easily the fastest tablet on the market today. Apple has done a great job of making relatively slow hardware feel very fast with iOS, but Surface Pro brute forces its way to the top. Web pages load quicker than on any ARM based tablet and multitasking is just awesome on the device. This is where the power of Intel’s Core microarchitecture really comes into play.

Since the introduction of the 3rd generation iPad with Retina Display several folks have pointed out to me that UI frame rate isn’t always so smooth on the device. I personally never noticed because I found that most of the competition was even worse, so it always seemed relatively smooth to me. After playing with Surface Pro however and going back to even the 4th gen iPad all of the sudden frame rate stutters are much more noticeable. Playing around with Bing maps on Surface Pro vs. RT is like night and day. Even if you compare scrolling and zoom performance to native iOS maps on the iPad 4, Surface Pro wins out.

Scrolling in web pages, application install time, file copy time, everything is just significantly faster on Surface Pro than on any competing tablet. Oh, and it boots (from full power off) in less than 10 seconds. It’s really the combination of the great CPU performance and fast SSD that deliver the responsiveness of the Surface Pro.

We’re still lacking good cross-platform performance tests, but there are a few browser based benchmarks that I can use to highlight just how much faster Surface Pro is compared to anything ARM based on the market today: 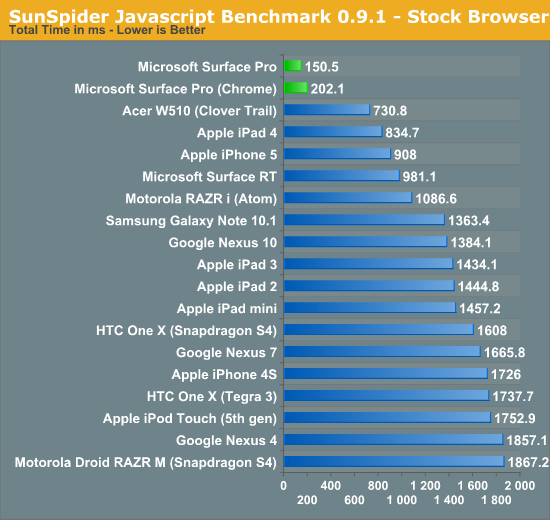 SunSpider is our tried and true quick js benchmark, and here we see huge scaling as we move to Intel's Core i5. Regardless of browser used you're seeing a significant improvement in performance that directly translates to faster web page load times.

Moving on we have Kraken, a seriously heavy javascript benchmark built by Mozilla. Kraken focuses on forward looking applications that are potentially too slow to run in modern browsers today. The result is much longer run times than anything we've seen thus far, and a very CPU heavy benchmark: 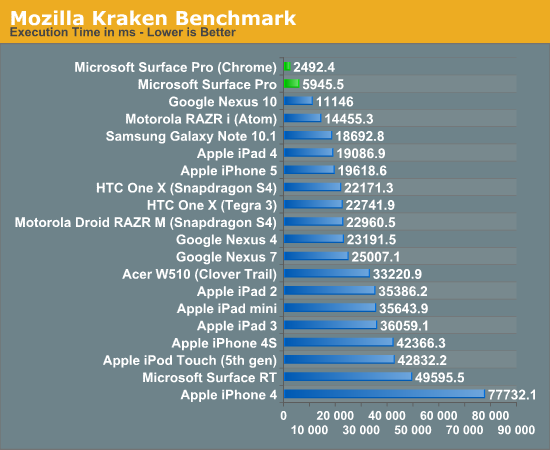 Surface Pro manages to deliver almost 5x the performance of the iPad 4 here. 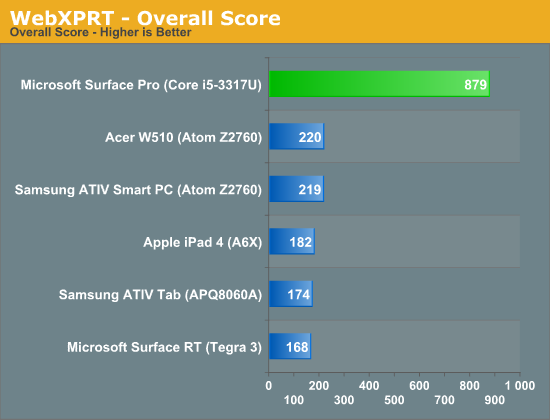 Next up are another set of benchmarks from PT, but unlike the WebXPRT suite these tests don't run in a browser. Once again we're looking at performance in a handful of tasks designed to stress the CPU. Here the performance advantage continues to be quite significant. While Surface RT and the other Windows RT/8 devices still feel a bit sluggish, I have no performance complaints whatsoever about Surface Pro: 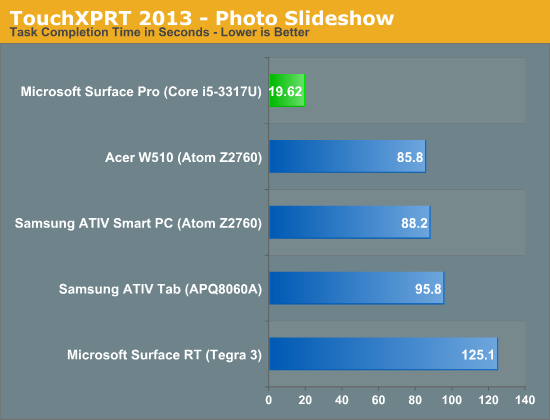 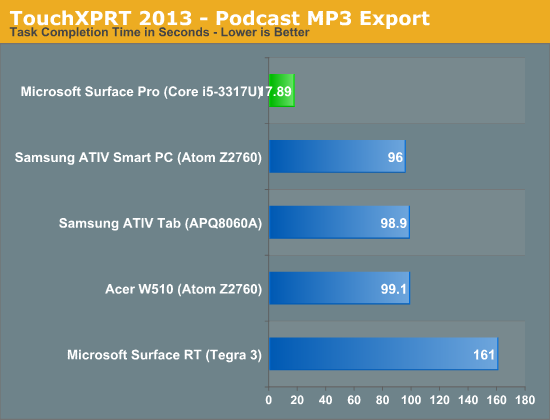 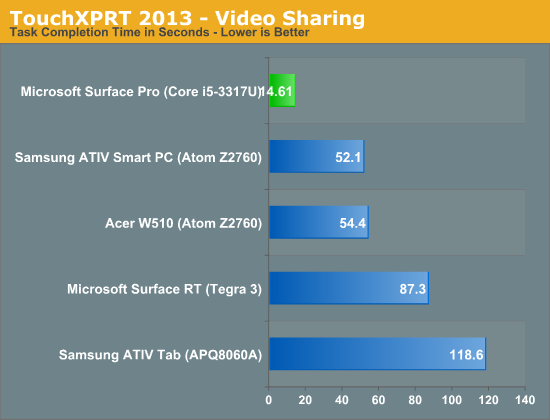 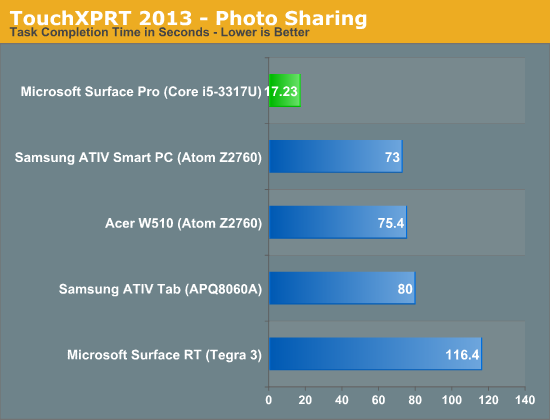 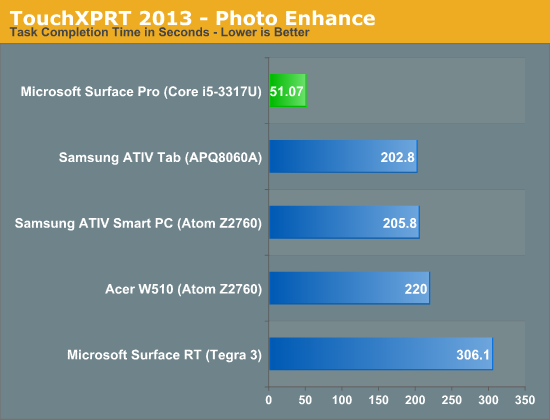 If I had any complaints about using Surface Pro as a tablet outside of weight, they’d be about Windows 8. There are still far too many bugs and quirks in the OS that just don’t make sense. I’ve outlined some of my issues with Windows 8 before. I think the UI works just fine for a tablet, it’s just the unfinished touches that need attention. For example, having to gesture in modern IE10 before being able to switch between tabs seems silly. 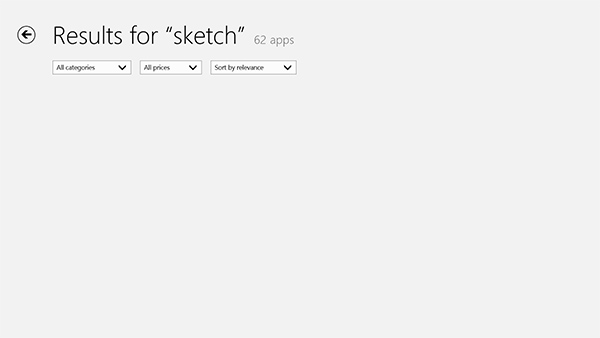 This still happens way too often in the Windows Store, no indication of what's going on just a blank screen

On the bug-front, all too often I’ll wake up the system only to have the lock screen upside down. And despite all of the extra performance under the hood, the time from when you hit the power/lock button to when something appears on the screen is just longer than on an iPad or Android tablet. We’re not talking several seconds, but it’s still noticeably longer.