While Surface RT was passively cooled, Surface Pro features two integrated fans to cool the 17W Core i5-3317U. For most light use cases, those two fans will remain spun down and you can’t hear them. Do any sort of serious multitasking or start using Surface Pro as a real PC instead of a tablet and you’ll quickly hear them spin up. Fan noise is audible but not annoying - it’s very similar to the sound you’d hear out of any ultraportable with a couple of tiny fans spinning up.

In landscape mode with the Type Cover attached, Surface Pro draws in cool air from the sides and exhausts it out of the top of the device. Rotate the device into portrait mode and the fans will switch directions, drawing in cool air from the long edge and exhausting it out of the short edges. The fan direction switch is triggered in tandem with display rotation, so as soon as you see your display rotate you’ll hear the fans change direction.

The two fans do a good job keeping the CPU cool (I saw typical CPU core temperatures between 50C - 60C), but Surface Pro does get warm. I measured a max surface temperature of 41.8C while running 3DMark 11. That’s towards the top of the unit, around where the Core i5 CPU is located. On the edges I measured a max surface temperature of 36.5C. There’s no getting around the fact that Surface Pro gets warm, noticeably more so than the 4th generation iPad. It never gets uncomfortably hot however. 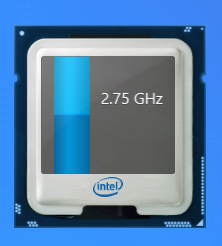 Despite being a tablet, the Core i5-3317U had no issues hitting its max turbo frequency of 2.6GHz. I even saw 2.75GHz for a very short period of time (remember, Intel’s Turbo Boost can exceed max TDP until the silicon gets up to temperature).

Surface Pro ships with a micro SDXC slot along the edge of the device. Courtesy of Intel’s HM77 chipset, you also get a full blown 6Gbps SSD and a single USB 3.0 port - both significant upgrades over Surface RT. In my 128GB review sample, Surface Pro features a Micron C400 SSD. Microsoft is sourcing from multiple SSD vendors and claims to be shipping with optimized firmware, but I don’t know what other vendors are in the mix. Update: It looks like the C400 SSD is an mSATA drive, likely similar to the one we reviewed here a while back. 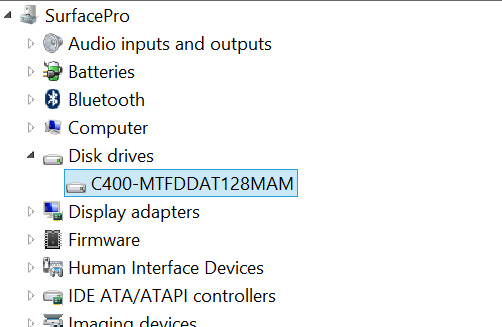 To put this in perspective, the C400 is in the same class of storage device that’s used in Apple’s MacBook Air. Although some ARM based SoCs feature SATA interfaces, pretty much all of them are paired with eMMC based NAND storage solutions that are horribly slow. The fastest sequential transfer rates I’ve managed on the 4th generation iPad are typically on the 20 - 30MB/s range, whereas the C400 in the Surface Pro is good for over 400MB/s in reads and just under 200MB/s in writes. 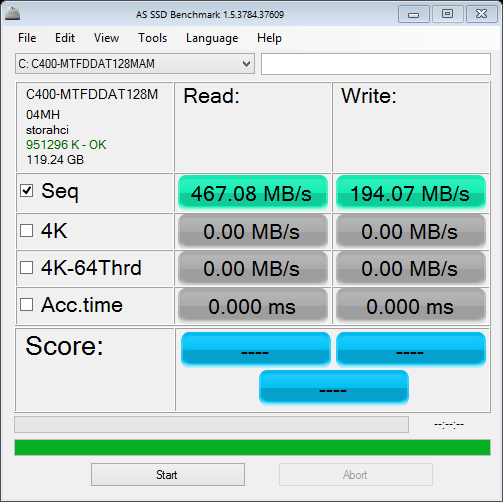 There’s been a lot of debate over the amount of free space available on Windows RT/8 tablets fresh out of the box. My 128GB review sample was partitioned down to 110GB with roughly 8GB used for the recovery partition. Of that 110GB, 89.5GB was free space that remained. I don’t really view this as false advertising by Microsoft (both Macs and PCs have been sold like this for decades), but you do need to know what you’re getting into here. Given the already high price of these systems and the relatively small price differential between a 64GB Surface Pro and a 128GB model, I’d recommend going for the latter. Microsoft claims something like 29GB of free space remains on the 64GB model - enough for some apps and data, but keep in mind like all solid state storage you don’t want to completely fill up your drive either (this is also true for ARM based tablets like the iPad).

USB 3.0 is equally as impressive on Surface Pro. Using a simple USB 3.0 to SATA adapter I could easily read and write at around 200MB/s. Compare this to the ~20MB/s you get on most ARM based tablets and it’s obvious that this Surface deserves its Pro moniker. 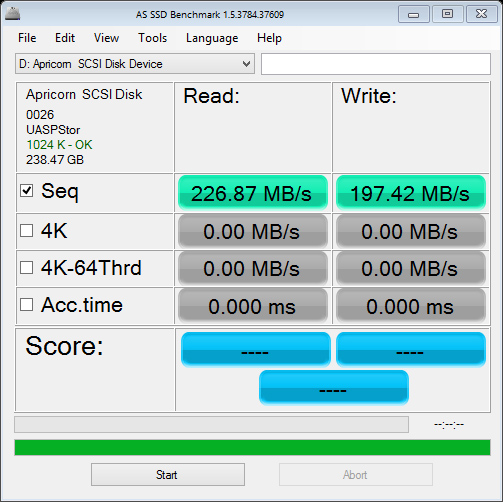 Similar to Surface RT, Surface Pro uses a 2x2 802.11n WiFi controller from Marvell. I believe this is likely the same Marvell Avastar 88W8797 WiFi solution, but connected over USB instead of SDIO.

WiFi performance is appreciably better than on Surface RT, connected to a 5GHz 802.11n network I was able to pull a maximum of 87Mbps compared to 42Mbps on Surface RT. This is competitive with what I’ve seen on other high-end tablets based on ARM architectures, although lower than what I’ve gotten out of a MacBook Air. 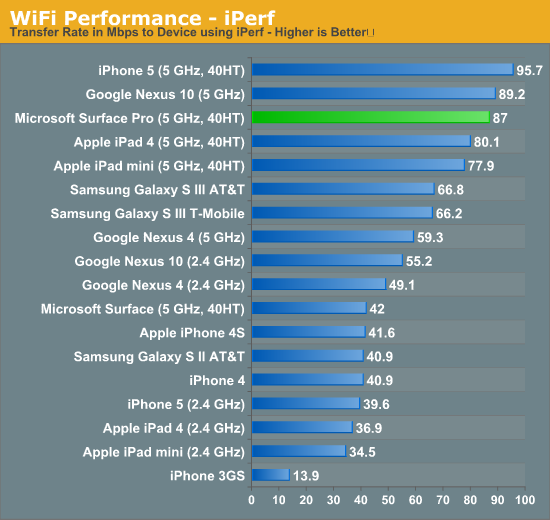 WiFi range is subjectively really good on Surface Pro and a lot better than most ARM based tablets I’ve played with. I ran an iperf test on an iPad 4 and Surface Pro around 100 feet away from an AP through several walls and saw roughly an order of magnitude better performance out of the Surface Pro (8 - 10Mbps vs. 0.95 Mbps).

While peak WiFi performance out of Surface Pro is similar to a high-end tablet, worst case performance is more like a good notebook. Overall I’m pleased with the wireless stack on Surface Pro.