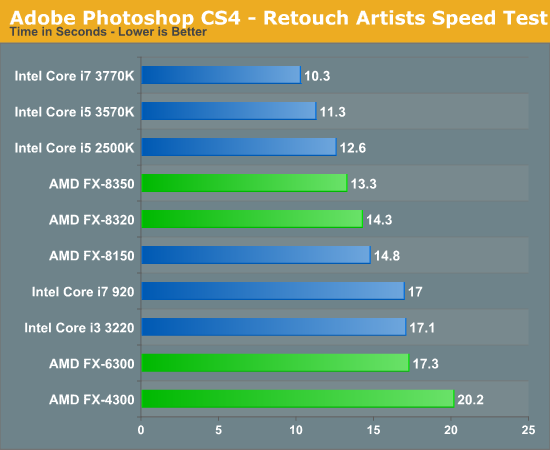 We see similar results in our Photoshop benchmark, Vishera falls behind a bit as this test isn't threaded enough to showcase the platform's advantages.

Our new POV-Ray benchmark uses the latest beta binary (3.7RC6) and runs through both single and multithreaded versions of the popular raytracing benchmark. 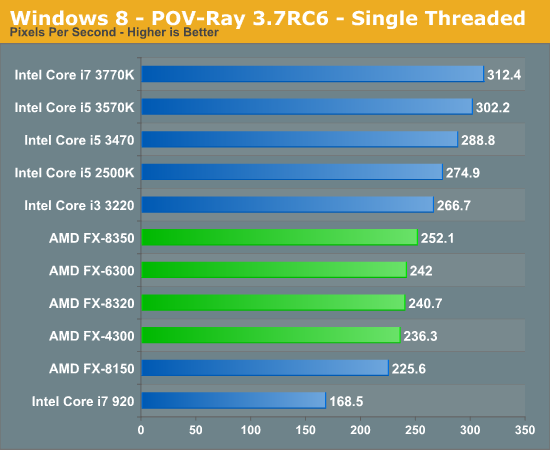 The latest POV-Ray test gives us a good look at single threaded performance. Here AMD was able to increase performance over the FX-8150 by 11%, however Intel's Core i5 3570K still manages to hold on to a 20% performance lead over the FX-8350. 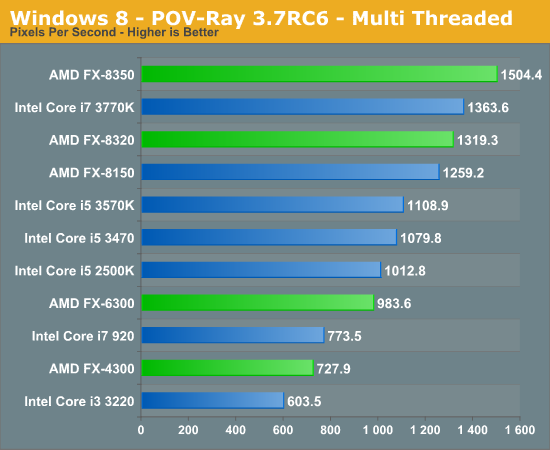 Running the same benchmark but multithreaded puts AMD at the top. With the exception of the FX-6300, all of the AMD parts beat out their Intel counterparts. 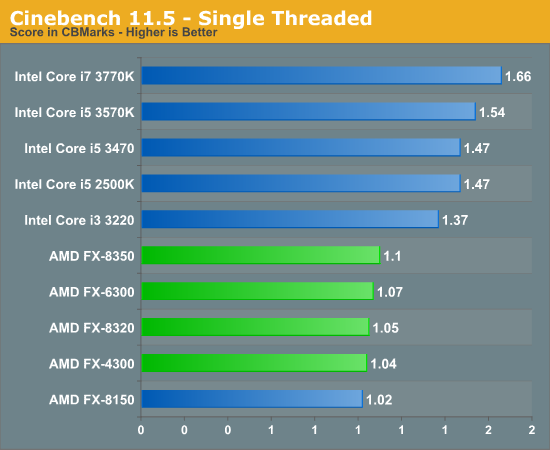 Cinebench 11.5 paints an even more dire picture for AMD's single threaded performance - Intel manages a 40% advantage over the FX-8350. 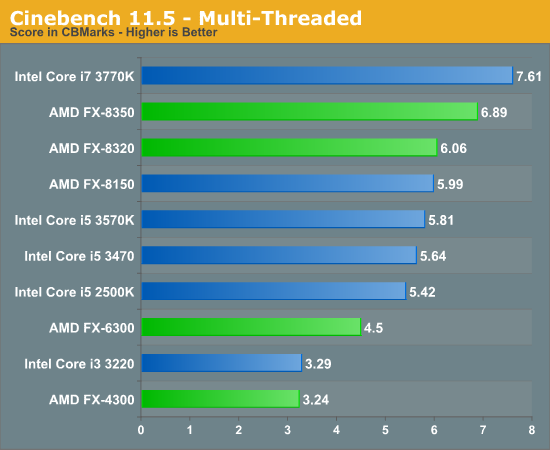 Multithreaded performance however continues to be great.