We migrated to the latest verison of the x264 HD benchmark which features a much newer version of x264 and a much heavier workload. The focus here is on quality rather than speed, thus the benchmark uses a 2-pass encode and reports the average frame rate in each pass. 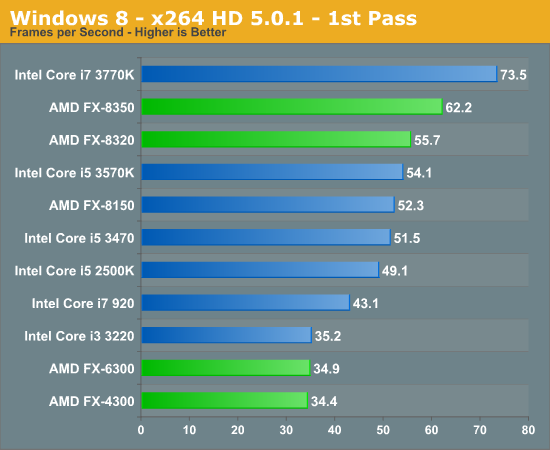 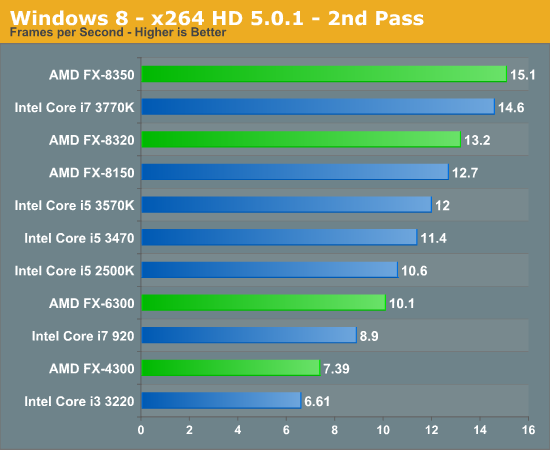 The latest version of the x264 HD test does extremely well on Vishera. With the exception of the FX-6300, AMD is able to come away with a win at all of its price points. The FX-8350 even outperforms the Core i7 3770K. 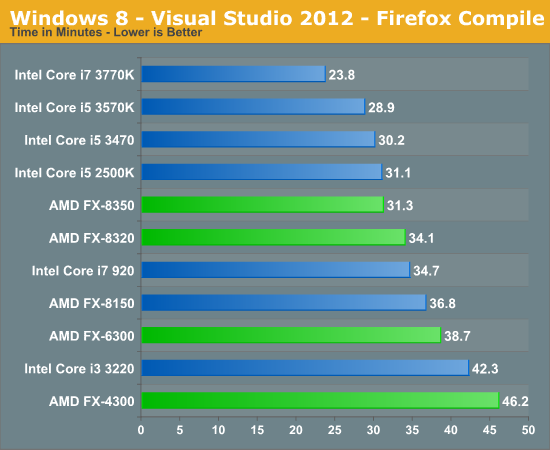 It's all or nothing with Vishera. Mixed workloads that stress both single and multithreaded performance don't turn out as well on AMD's platform. With the FX-8350 AMD is able to sneak up on Sandy Bridge, but the competitive Ivy Bridge parts simply pull ahead. If there ever was a reason to fix AMD's single threaded performance, you're looking at it.