I feel like the most common usage model for any Thunderbolt storage device is for accessing large files that would benefit from high speed sequential IO (e.g. movies, photos, music). For those use cases, even the big hard drive based Thunderbolt enclosures perform fine if you just throw enough drives at the problem. While mechanical storage can hardly deal with heavy random IO, sequential speeds are still acceptable - especially in a multi-drive RAID setup. With 6Gbps SSDs however, it only takes a couple to deliver outstanding sequential IO performance. Despite the Pegasus J2's diminutive size, it delivers sequential IO performance that rivals the Pegasus R6: 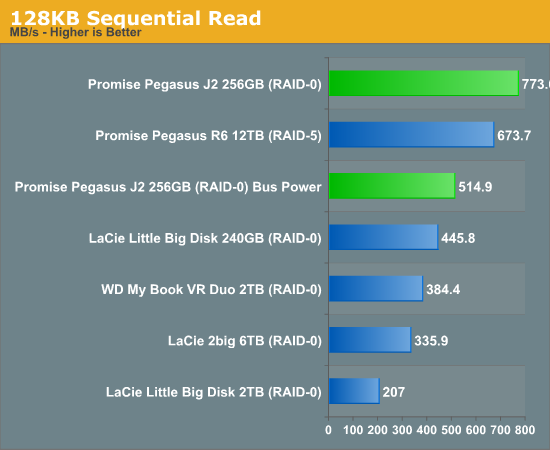 Sequential read speed is a strong suit of the J2. When running on external power the J2 is even faster than the 12TB R6 at nearly 800MB/s. Even on bus power the J2 is among the fastest Thunderbolt enclosures we've ever tested, and you can fit it in your pocket. 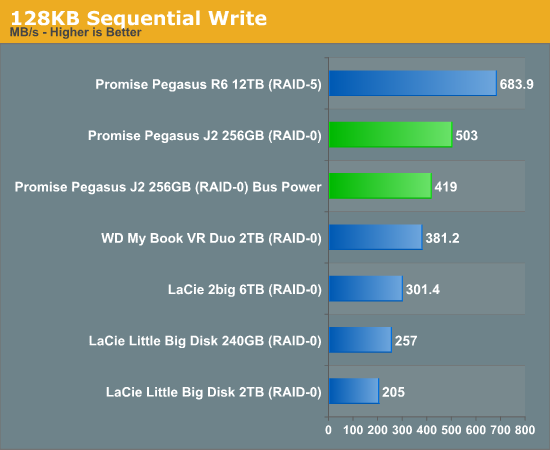 Write performance isn't as solid, which is unfortunately due to the Phison controllers. The J2 is still fast here but the R6 is faster, and some of the hard drive based solutions get close when running on bus power alone.

QuickBench echoes what Iometer tells us about sequential IO performance on the Pegasus J2: 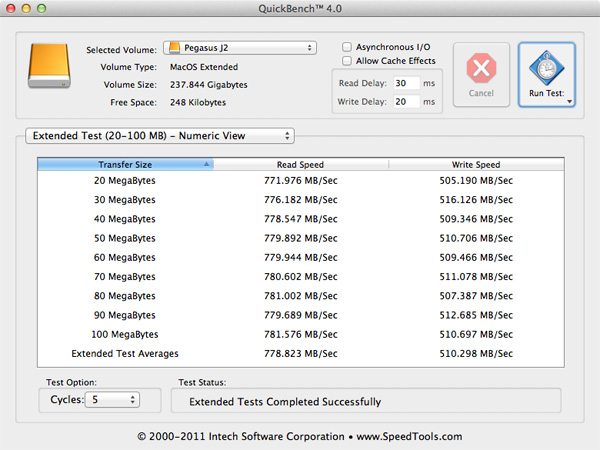 We see the same drop when we go to bus power on the J2: 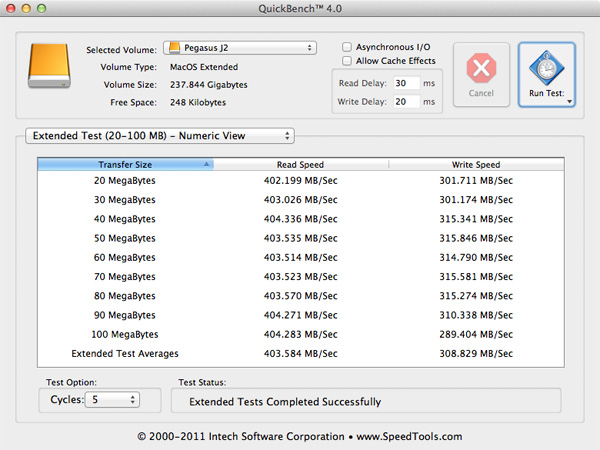 Random read performance is pretty good on the J2, although LaCie's SSD based Little Big Disk manages better performance thanks to its use of Intel SSD 320s. There's no competition from the hard drive based enclosures. 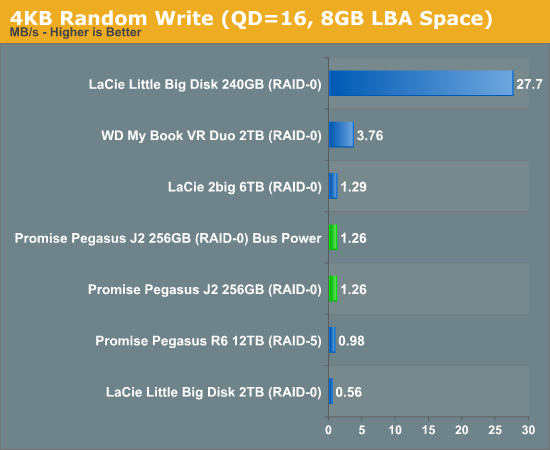 I actually had to stop the random write test early because performance got too erratic. Under heavy random writes the Phison controllers easily drop into the 200 - 400KB/s range. It's bad. The other problem is if you're writing anything but sequential files to the drive, you'll see a reduction in performance over time. The Phison controllers seem to do an ok job of recovering performance after sequential write passes, which is good given that there's no native TRIM support for the drive under OS X. 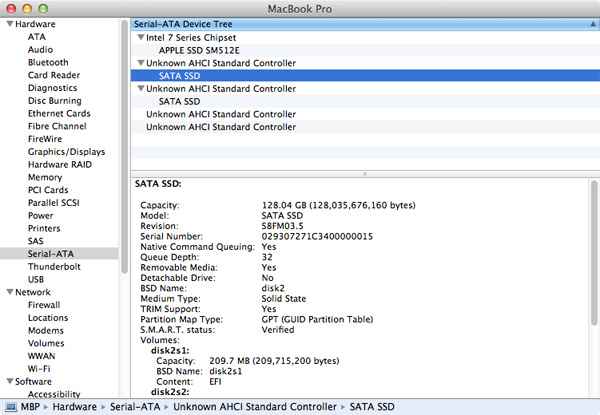 TRIM enabler will work on the drive however, and at least pass TRIM through if you format the individual RAID slices. It's unclear to me whether or not Apple's software RAID-0 will pass TRIM through to an array.