Our final task is our look at the 7970GE’s overclocking capabilities. As the 7970GE is based on the existing 7970 we aren’t expecting any significant changes, however it’s reasonable to expect that general manufacturing process improvements over the last 6 months will have pushed yields and tolerances a little higher, giving us just a bit more headroom.

After going through the full validation process we were able to hit an overclock of +150MHz, which pushed our base clock from 1000MHz to 1150MHz, and our boost clock from 1050MHz to 1200MHz. Depending on how you want to count this overclock amidst the presence of the boost clock this is either 25MHz better than our best 7970 card, or 75MHz better. In either case our 7970GE definitely overclocks better than our earlier 7970 cards but not significantly so, which is in-line with our expectations.

As with any overclocking effort based on a single sample our overclocking results are not going to be representative of what every card can do, but they are reasonable. With AMD now binning chips for the 7970GE we’d expect to see some stratification among the 7970 family such that high overclocking chips that would previously show up in 7970 cards will now show up in 7970GE cards instead. For penny-pinching overclockers this is not good news, but for more hardcore overclockers this is nothing new as AMD’s partners have been doing something similar with their factory overclocked cards for some time now.

Meanwhile our memory overclock isn’t significantly different from what we could pull off with the reference 7970. The limitation is the memory bus or Tahiti’s memory controller, neither of which has changed. After around 6.4GHz errors start catching up and performance gains become performance losses.

Moving on to our performance charts, we’re going to once again start with power, temperature, and noise, before moving on to gaming performance. We’ll be testing our 7970 cards with the PowerTune limit set to +20% in order to avoid any real possibility of being performance limited by PowerTune. 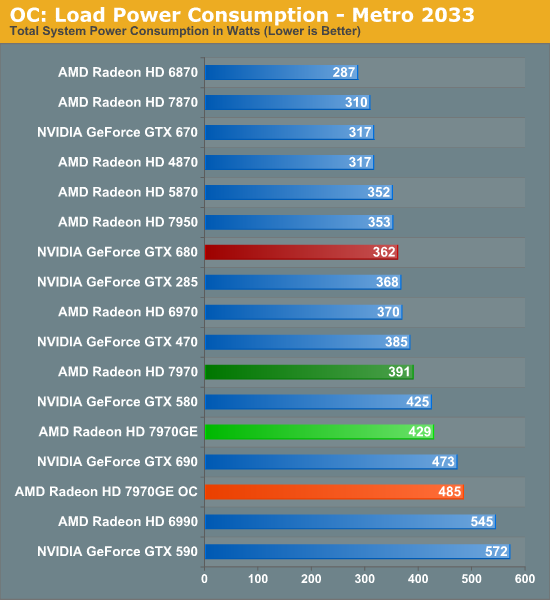 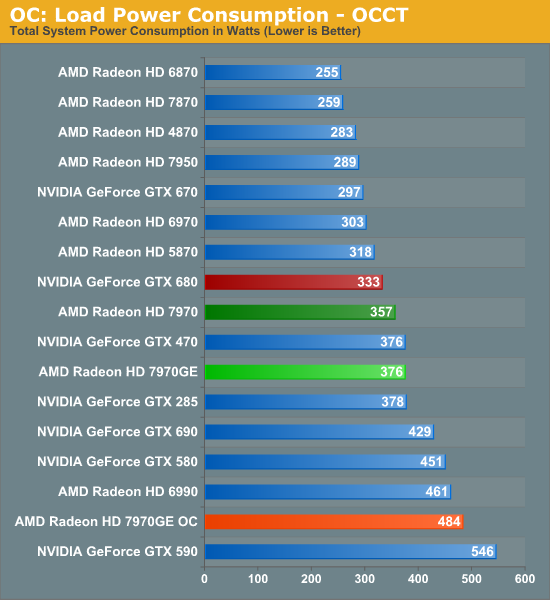 With the 7970GE’s already high load power, overclocking and raising the PowerTune limits isn’t doing it any favors when it comes to overclocking. On the contrary to being a free overclock power consumption now exceeds even the GTX 690 in all situations and power consumption is almost certainly in excess of 300W at the card level. As we’ll see in our gaming performance section we’re definitely getting more performance out of the 7970GE, but we’re paying for it with power. 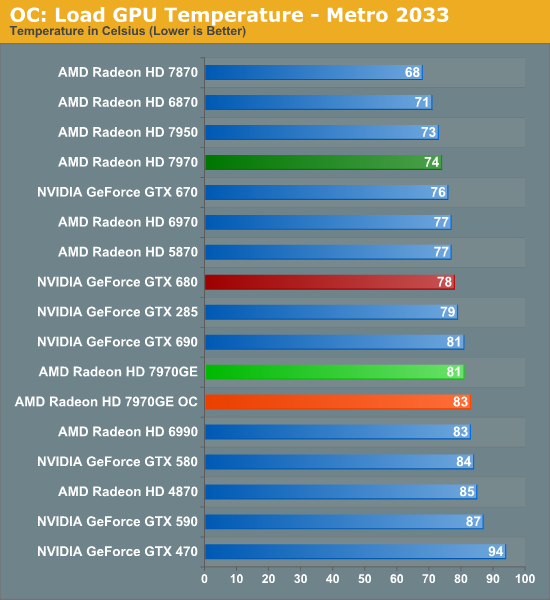 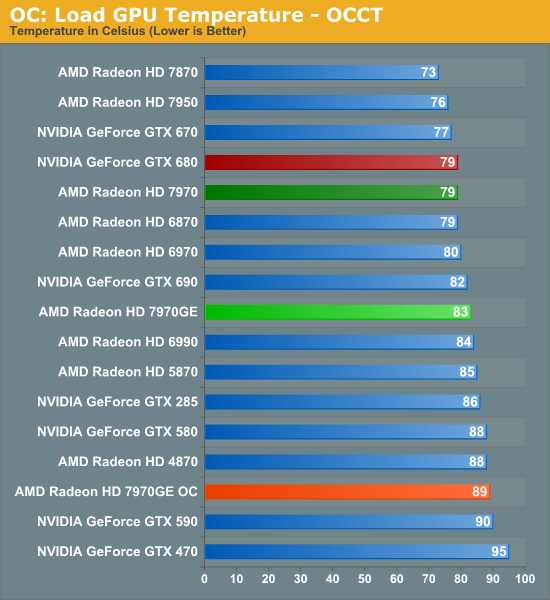 With a rise in power consumption comes a rise in temperatures to a varying degree. At 83C under Metro the 7970GE has gotten warmer, but not significantly so. The same cannot be said for OCCT. At 89C we’re approaching the reasonable limits for this card and cooler. 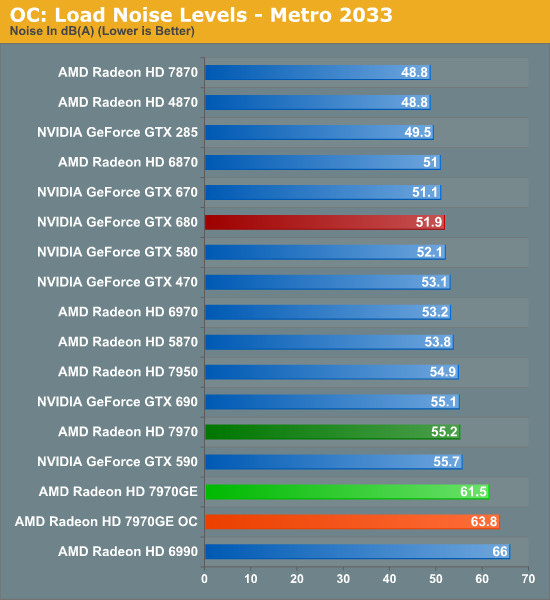 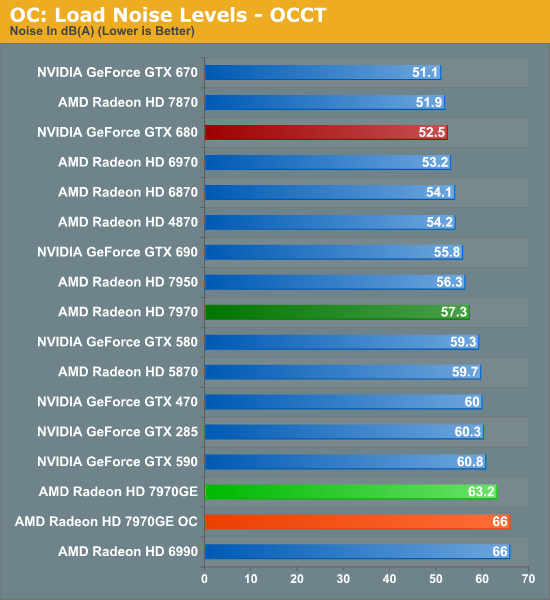 The 7970GE was already loud at stock and overclocking it doesn’t help. Under Metro noise is now at 63.8dBA, and under OCCT it’s tied with the 6990 for noise at 66dBA. Even if you’re forgiving of noise, this is reaching the point where it’s going to be difficult to ignore. Serious 7970GE overclockers will want to seek other cards and/or aftermarket coolers.