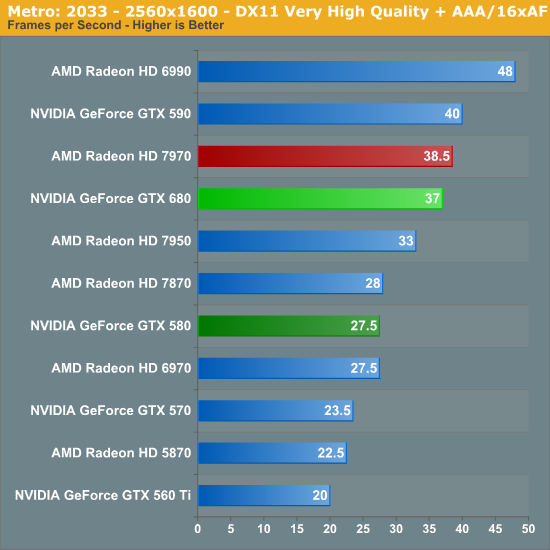 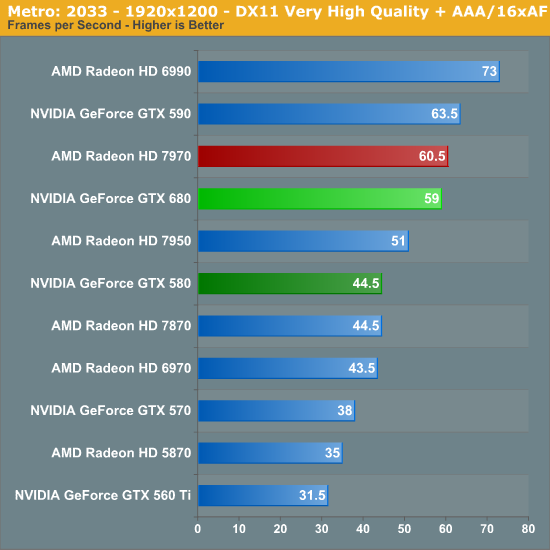 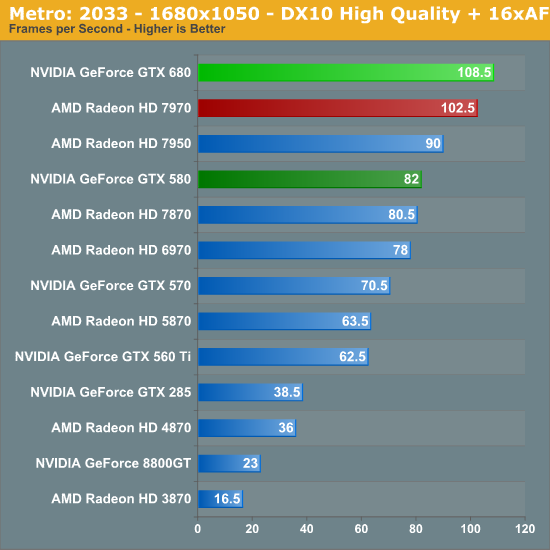 Thankfully for NVIDIA Metro is much, much better than Crysis for the GTX 680. The GTX 680 still trails the 7970 by a few percent at 2560, but it’s now clearly ahead of the 7950. Performance relative to the GTX 580 is far better, with the GTX 680 leading by 34%. In our experience Metro is very shader heavy, and this would appear to be confirmation of that as the GTX 680 has far greater shader resources than GTX 580.