Our journey starts with SYSMark 2007, the only all-encompassing performance suite in our review today. The idea here is simple: one benchmark to indicate the overall performance of your machine. SYSMark 2007 ends up being more of a dual-core benchmark as the applications/workload show minimal use of more than two threads. 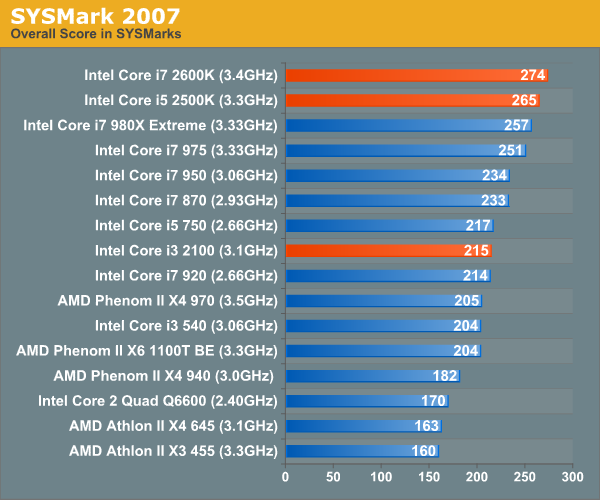 Compared to Clarkdale, the Core i3 2100 only manages a 5% advantage howeer. 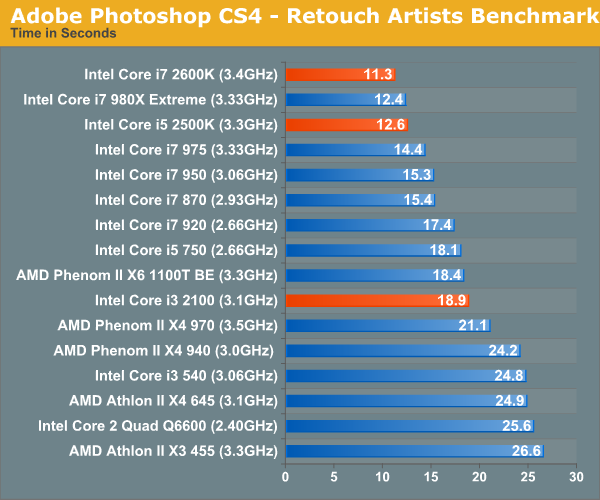