Our DivX test is the same DivX / XMpeg 5.03 test we've run for the past few years now, the 1080p source file is encoded using the unconstrained DivX profile, quality/performance is set balanced at 5 and enhanced multithreading is enabled. 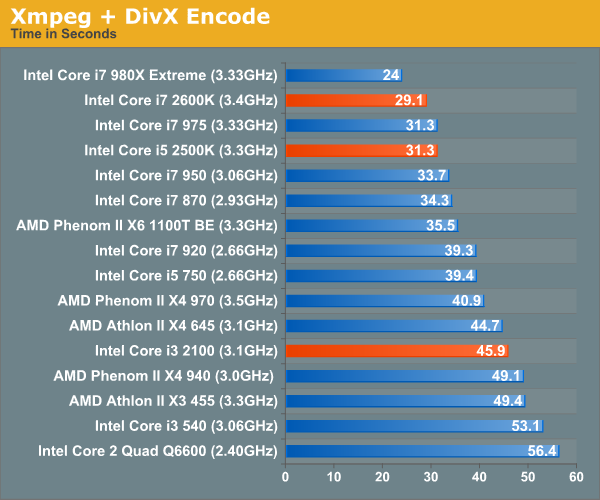 Despite the greatness that is Quick Sync, there are no editing/high quality transcode tools that support Intel's hardware transcode engine. Luckily, Sandy Bridge is still very fast when it comes to software encoding. Our WME test only shows minimal gains thanks to the architectural improvements however. 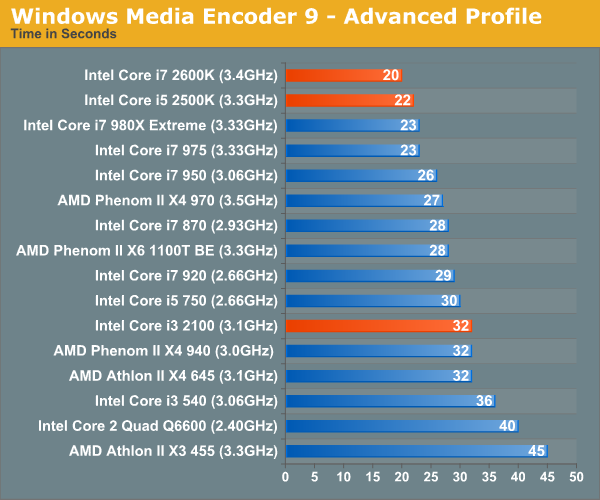 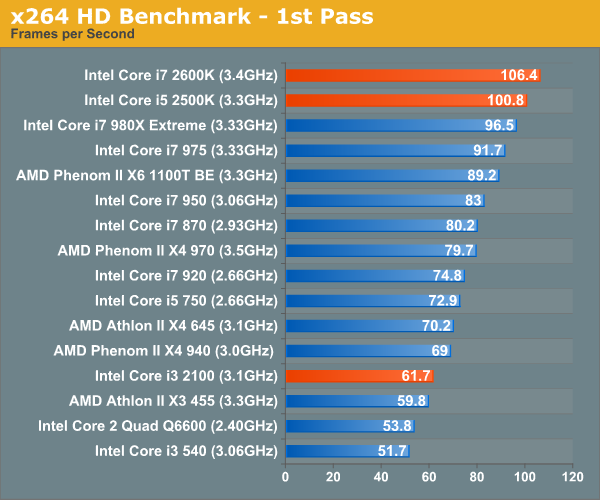 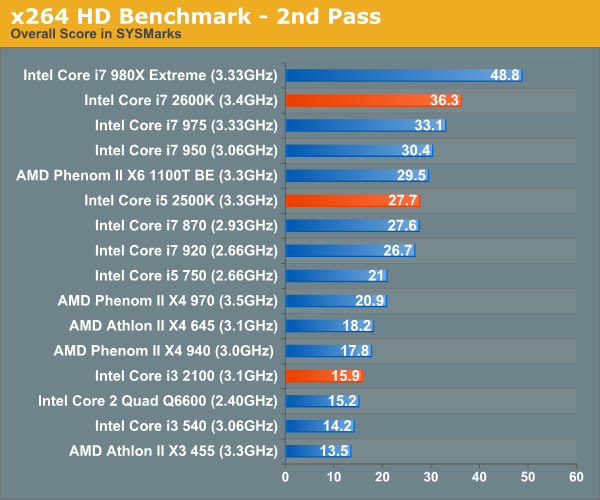 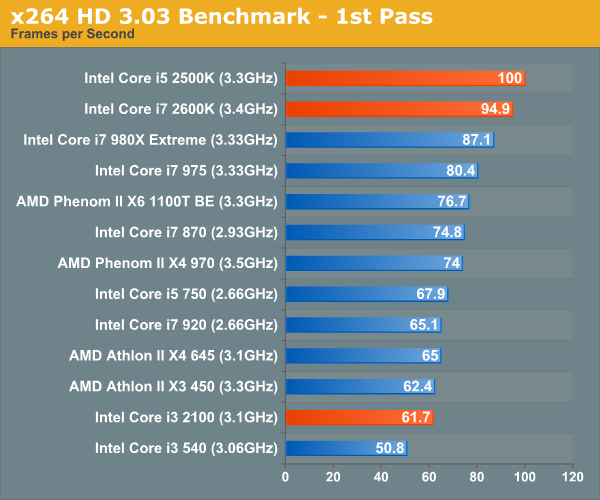 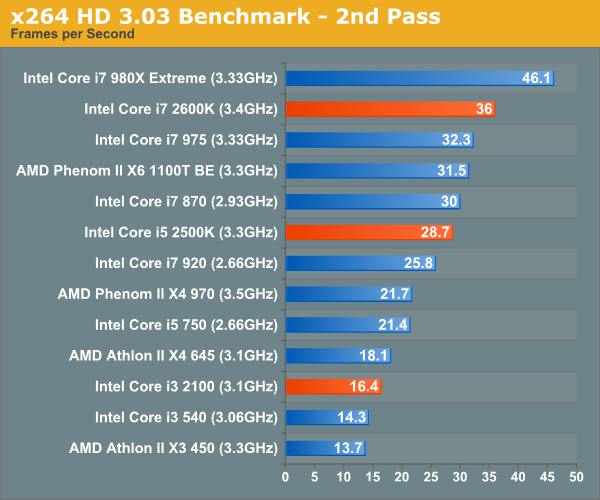